Will Sandy water down the vote??? 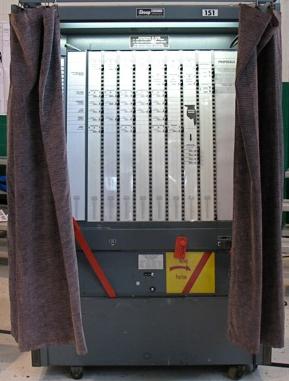 As a rural upstate NY voter, I often feel that NYC and the immediate metropolitan area have too much say in politics, but at times like this, my concern for the right to have your vote counted overcomes my annoyance. Many more voters will have the right to cast provisional ballots, and to vote at alternate polling places, due to the effects of Hurricane Sandy. I understand that shuttle buses will be running, and that clerks offices will remain open for extended hours to provide access for impacted residents. I don’t know what will happen to voters who have relocated to other towns and states. Will those provisional ballots ever be counted? What happens to those folks who are standing on line for hours to get food and water? Can they afford to give up their spot in order to vote? (Could the city/state/feds have delivered double rations yesterday so they could come today?) Could they provide rations at the alternative voting sites?

One problem is the lack of electricity. Couldn’t generators run the voting machines? Or in addition do the machines have to be connected to reliable, high speed phone lines? What would the difference be if we still used the mechanical machines I have voted on most of my life?

How does the fact that NYS does not have early voting relate to this? We knew the storm was coming. Would more folks have voted early as part of their storm preparations?

How does this effect the poor/rich, white/minority vote ratios? Manhattan mostly has electricity while Staten Island is in the dark. Was this storm a Republican plot to eradicate the East Coast Liberal bias, and the Poor/Minority votes as well? (OK that last bit was pure snarky political humor, but if they can blame natural disasters on gays and feminists…ya know)

I don’t mean to gloss over the problems being faced in NJ, CT and elsewhere. I simply don’t know as much about them, and the way those states run their elections. Perhaps a comparison after the election would help to answer some of these questions. (In Ocean County along the New Jersey coast, officials hired a converted camper to bring mail-in ballots to shelters in Toms River, Pemberton and Burlington Township (Huffington Post))

Here are a couple of websites that have current info on voting in storm ravaged NYC and/or NJ, CT.

I don’t know how some folks in the Rockaways, Staten Island etc. can access this info, but if you have friends or relatives who are affected, perhaps you can share. If you are in the area, maybe you could help with childcare or transportation. Those voters may not understand the legislative concerns of a farm woman in rural Central New York, but I sure as heck don’t understand the issues faced by metropolitan voters either. And I am truly humbled by the devastation you are facing right now.

If you’ve been displaced by Sandy, you’re still able to vote in statewide races by affidavit at any polling place in the state. And if you’re in an area impacted by Sandy, updated polling place locations are here: http://bit.ly/SKwZ89 or call 1-855-NYS-SANDY for any Sandy-related issues.

Gov. Andrew Cuomo  issued an executive order to allow voters in the counties affected by the storm — Nassau, Rockland, Suffolk, Westchester and New York City — to cast provisional ballots for the presidential race. But the order would not allow them vote in Congressional races. http://www.politico.com/news/stories/1112/83368.html#ixzz2BSzbQrUK