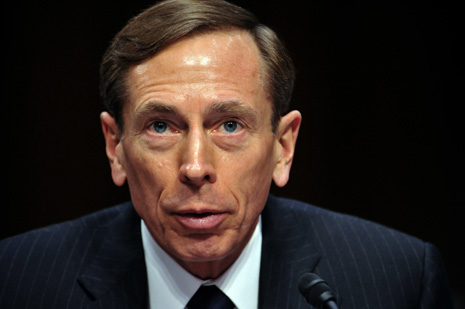 Written by Andy Borowitz for newyorker.com

“Petraeus is a master of strategy, capable of playing several chess moves ahead,” said Harland Dorrinson, who has a website. “Clearly, he knew it would be handy to be embroiled in an extra-marital affair if the situation in Benghazi someday went south and he was forced to testify about it.”

By destroying his career, reputation, and possibly his personal life, Mr. Dorrinson said, “General Petraeus achieved exactly what he set out to do: skip testifying about Benghazi. All I can say is, mission accomplished, General. Pretty smooth.”

Even though “the reason Petraeus started his affair is obvious to anyone with a brain in his head,” Mr. Dorrinson says, he does not expect the mainstream media to investigate his theory any time soon: “The only person I’ve been able to get interested in this is Karl Rove.”