Written by Jack Maddox for CNN and WPTV 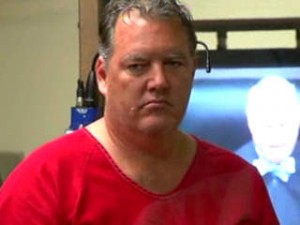 A Florida man was denied bond Monday on a murder charge stemming from a weekend shooting that started with a complaint about loud music and ended with a teenager dead.

A statement by the Jacksonville Sheriff’s Office described a Friday-night confrontation in a gas station parking lot that escalated into at least eight shots being fired at a car carrying a group of teenagers.

Seventeen-year-old Jordan Davis, among the teens, was fatally wounded. Forty-five-year-old Michael Dunn of Brevard County, Florida, was arrested on Saturday and charged in the fatal shooting.
According to the statement from the Jacksonville Sheriff’s Office, Dunn told authorities that he had asked the teens to turn down loud music from their vehicle adjacent to his, as he waited while his girlfriend, who was returning with him from a wedding, went inside the gas station to make a purchase.

Dunn told police he felt threatened by the response from the teens, the statement said.