Written by Blake Thorne for mlive.com

Lapeer, MI — A security officer at a Lapeer charter school left a firearm unattended in a school bathroom on Monday, Jan. 14, a school official said. 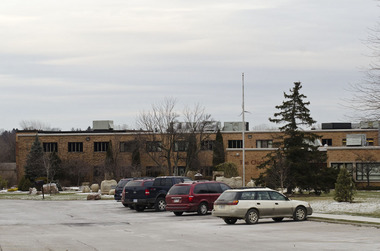 The security officer “made a breach in security protocol” and left an unloaded weapon in a restroom “for a few moments,” said Chatfield School Director Matt Young.

Young said the school has been in contact with local authorities about the matter and wouldn’t discuss any possible repercussion for the officer, calling it “a personnel matter.” Young also declined to name the security officer.

“The school has put additional security procedures in place that follow local law enforcement practices and guidelines,” Young said in a statement. “At no time was any student involved in this breach of protocol. We will continue to work on improving school security.”

Young stressed that no children were exposed to the handgun or put in danger, and declined to comment more on specifics of the incident.

The school recently hired the officer, who is retired from the Lapeer County Sheriff’s Office, as a means to bolster school security. The effort had recently received attention in Lapeer and Genesee county media outlets.

Chatfield is a charter school that serves grades K-8 and has been open since 1997, according to the school’s website.

Lapeer resident Tris Fritz, who has children in third and fifth grade at the school, called the incident a big mistake. “I think that some kid might not think it’s a real gun. They might think it’s a toy. They’re going to be curious, that’s the nature of a child.”

“I know people are human and they make mistakes,” Fritz added. “That’s kind of a big mistake.”

Parent Cindy Fliedner, who has two children in third grade at Chatfield, said the incident has not changed her view that  bringing in the officer was a great idea.

“We’re just going to have to refine our procedures,” Fliedner said. “I’m thrilled that the board at Chatfield was proactive to take the steps to protect our children.”

“I’m so thankful they’re not just sticking their heads in the sand,” she added.

Lapeer County Prosecutor Byron Konschuh said since nobody was harmed, the incident likely would not constitute a criminal charge.

“If you left a gun unattended and a toddler finds it and shoots and hurts someone, it could be some kind of reckless use of a firearm,” Konschuh said.

Since that did not happen, it’s likely no criminal act was committed, Konschuh added.