Is Trump the Most Delusional President Ever? 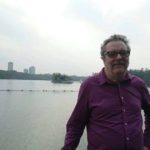 Donald Trump (who I am so sick of that I prefer to call him wutzizname, not capitalized, but not for this post), made his first public foray into politics, as far as I know, by insisting that Barack Obama was born in Kenya. As it turns out, that was just the tip of the iceberg regarding this man’s false beliefs. I will get back to Trump’s conspiracy beliefs later, but first, let’s consider what he believes about himself.

A few months ago, I read something startling about Donald Trump. He doesn’t sleep much, not surprisingly, but there is something much more surprising about him. Early each morning, I read, he starts his day by reading and/or checking articles about none other than himself. This has been going on for years. I checked into this information again recently, and apparently it is true. We are talking about a lot of articles here, 30 to 50 per day. Of course, he has to really stay prominent in the news in order to have that many articles written about him per day. This definitely shows an obsession with staying in the public eye. At the same time, as many have noticed. he is easily upset and becomes very defensive, to the point of irrationality, at any news which is critical of him. Here is an article about Donald Trump’s self-obsession with news about himself: http://uproxx.com/news/donald-trump-google-news/2/

I am not alone in suspecting that Trump is seriously narcissistic, but in discussing this issue, we need to take a look at what narcissism is. According to Leon F. Seltzer, writing in Psychology Today magazine, the DSM 5 lists the same 9 characteristics of narcissism as did the DSM 4. In order to be considered a narcissist, a person needs to have 5 of these 9 characteristics (https://www.psychologytoday.com/blog/evolution-the-self/201311/6-signs-narcissism-you-may-not-know-about).

“1. Has a grandiose sense of self-importance.
2. Is preoccupied with fantasies of unlimited success, power, brilliance, beauty, or ideal love.
3. Believes that he or she is “special” and unique and can only be understood by, or should associate with, other special or high-status people (or institutions).
4. Requires excessive admiration [regularly fishes for compliments, and is highly susceptible to flattery].
5. Has a sense of entitlement.
6. Is inter-personally exploitative.
7. Lacks empathy: is unwilling [or, I would add, unable] to recognize or identify with the feelings and needs of others.
8. Is often envious of others or believes that others are envious of him or her.
9. Shows arrogant, haughty [rude and abusive] behaviors or attitudes.”

Seltzer goes on to mention that in addition, narcissists tend to be very reactive to criticism (check), have low self-esteem (unsure), can be inordinately self-righteous and defensive (check), react to contrary viewpoints with anger or rage (check), project onto others qualities or traits that they cannot accept in themselves (probably), and have poor interpersonal boundaries (check). While we are on the topic, I saw one video in which Trump was asked if he has ever felt the need to ask for forgiveness. His answer was basically that he has never done anything morally wrong. How many of us, knowing what we do about him, believe that?

Narcissism is very relevant to the issue of delusions, because it requires a high degree of self-delusion. Narcissism is essentially a self serving view of oneself created by a series of delusional beliefs. It might be said (as Dr. Phil did on a recent television show) that it is normal for a person to exhibit some symptoms of narcissism (in much the same way that 80% of drivers consider themselves “above average” drivers). However, in order to truly be considered a narcissist, one has to have several of these characteristics in abundance. Although I cannot make diagnoses, my observations tell me that Donald J. Trump fits the criteria on most of these characteristics, to a rather unusual and astonishing degree.

Thus, it appears to me that we have a particularly narcissistic president, who by a unique set of circumstances of which he is in denial, has found his way into the highest office despite losing the popular vote by almost 3 million voters.

The other part of the picture is Trump’s world view, which informs his policies. His world view can be inferred in large part from the ideas which he advocates, which include numerous far-fetched conspiracy theories. A person with such a set of beliefs, combined with his self-delusions and egotistical impulsiveness, cannot be expected to behave rationally as president. Furthermore, the pressures of this job are such that we can expect his behavior to only become worse, most likely, perhaps becoming decisively pathological.

An article from NPR describes some of the conspiracy theories that Trump has endorsed (http://www.npr.org/2016/05/24/479331275/a-guide-to-the-many-conspiracy-theories-donald-trump-has-embraced). Among these (which is probably really rather lame compared to what is happening in his mind), are 1. That Hillary Clinton was involved in killing Vincent Foster (who committed suicide); 2. The aforementioned Obama birther conspiracy theory; 3. Blaming autism on childhood vaccinations (contrary to the best current evidence); 4. That he watched thousands of Muslims cheering the attacks on the World Trade Center on September 11, 2001; 5. That Antonin Scalia was murdered; 6. That Ted Cruz’ father might have been involved in assassinating JFK; And finally, 7, that Bill Clinton sexually assaulted several women while he was president in the 1990s. A paranoid mind produces paranoid policies. which is exactly what we are seeing from Trump.

Of course, the most alarming thing from my perspective as a progressive, is that Trump — despite having been a Democrat not very many years ago — has been largely placating conservatives, and much as Reagan did at the point when he became a Republican, has taken a hard right turn. Nonetheless, he is out of step in some ways with Republicans, which presents a strong chance of deep divisions within his own party emerging in the near future. However, the overall gist of his policies, it seems to me, mirror his own self-obsession. Trump is “me first,” which he has changed to “America first.” He is defensive and sensitive to personal threats, which he has translated to protectionism and being terrified of Muslim terrorists to the point of wanting to increase the nation’s already far oversized military, prevent Muslims from entering the U.S, and claiming that terrorist incidents have been under reported. Meanwhile, “make America great again” is a surrogate for “I am great and will make myself even greater by fixing what’s wrong with America.” It appears to me that he is generalizing his own personality and needs to the nation as a whole — again, a delusional and dangerous path for a president to follow.

Has any president in history been as delusional as Donald J. Trump? I haven’t studied past presidents in detail, but my guess would be no. Nor has any been as unprepared for the job. This is a dangerous situation and the potential for harm to our government and culture is great. However, people becoming aware of Trump’s actions as president, at least accomplishes one thing. Even people who haven’t been politically aware, are now becoming alarmed and interested in politics, and many are finding a spark of political activism, it appears. We are going to need that going forward in order to change this nation’s — and perhaps the world’s — trajectory toward one that serves the public and the many, rather than private corporations and the few.
Donald Trump Reads Up To 50 Google News Stories About Himself A Day