Have a Dream Part 5: It Starts with a Bang, not a Whimper

“Democracy is coming to the USA,
It’s coming through a crack in the wall” 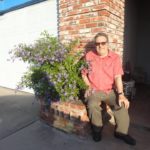 When faced with a declining middle class and a sense of being able to resolve chronic problems such as violence, war, homelessness, mental health issues, addictions, broken families, or increasing wealth disparities, the public is faced with the question: Where do we go from here? Sadly, enough people in key states sought the answer in Donald Trump during the 2016 presidential campaign; furthermore, the right wing Obama backlash had given Republicans majorities in both chambers of Congress, which the 2016 election did not reverse although (contrary to what many people seem to believe), Democrats reduced Republican majorities in that election.

“Electing” (with an asterisk) Trump was the political equivalent of hiring the fox to guard the henhouse, or perhaps I should say the largest alligator to “drain the swamp.” However, it seems pretty clear now that Democrats and other progressives are quite fired up emotionally over this election. Meanwhile, Republicans are trying to motivate their base, and apparently with some success. The way it’s looking, turnout will probably be higher than it has been in any recent midterm election — and that is generally good news for Democrats. However, I still run into people who have barely heard of or not even heard of Brett Kavanaugh (or his evil twin, Bart O’ Kavanaugh who keeps doing nasty things to people). There is a substantial percentage of the population who are basically politically illiterate and uninvolved. This is something that needs to change. I can’t offer a quick solution to the problem of voter apathy or ignorance, but I can state the obvious, which is that talking to people about our political situation can only help to make people think a little more seriously about politics.

One of “my bloggers” in my group, Richard Romine, thinks that Republicans might soon try to enact martial law. If so, that would certainly jolt people out of their complacency. But martial law should not be necessary in order to catch the attention of the formerly politically uninvolved. My good friend from San Diego, Simon Yee and his wife Danielle (who have two little boys, Kiyoshi and Kenji), have become very active recently in a political group they in fact helped to found named Raise Progress, which among other things is supporting Republican Congressman Duncan Hunter’s opponent, Ammar Campa-Najjar, after quite a few years of being liberal minded but not politically active — aside from a brief stint of protesting the proposed invasion of Iraq. Simon told me that it was Trump being made president, and watching Trump and his party in the process of tearing down everything they hold near and dear, which led him and Danielle to say “enough is enough” and spurred them into action.

I think similar scenes are taking place all across the nation, or even across the world. As sad a commentary on current politics as this is (I would not wish to pin this on “human nature” because that would be defeatist, and political attitudes are in fact largely a product of society), it seems that it took our worst nightmare in the form of Donald Trump being in charge of a Republican majority Congress led by people like “Turtleface” McConnell (traitor to democracy), Paul (the cruelly hypocritical libertarian) Ryan and shmucks who would be more at home in pre-civil war slave states such as Lindsey Graham, to almost literally shock a good portion of the population into action. (That definitely does not apply to Thom Hartmann Bloggers and other long-active progressives, of course.) Perhaps people like Susan Sarandon had a point; with Hillary as president, we might still be muddling through with incremental change while the conservative opposition would still have the upper hand both in Congress, and state legislatures in elections while liberals stayed home in droves during elections. Perhaps it would be one step forward, two steps back as it all too often seems to be. (And disgruntled progressives would probably be unfairly blaming Hillary Clinton for the entire mess.) I am not saying that would necessarily be the case, nor should it, but perhaps without firsthand knowledge of what Republican Unified Government (RUG, as Richard says) is really like, their specious arguments, system rigging ways, and subversive opposition would continue to be effective with enough to maintain their political advantage — an advantage which they now appear to be losing.

Now, what we have instead is a thriving “Me Too” movement and opposition to all that ails us in the form of Republican governance. Momentum is on our side. The first question is how big will this coming Blue Wave be? And next, how will that change politics in the United States? History shows us that there are two things happening at once in the evolution of society. There is incremental change in fact, which builds up over a long time, but incremental changes do not tend to lead to paradigm shifts in the way that people think or feel about things. Paradigm shifts are usually sparked by some event, or series of smaller events. That’s where the “bang” that starts things is. (An analogy to the Big Bang Theory may apply here, although I always wonder how all the matter of the Universe could be trapped in one small object, without so much as a photon, speck of dust or a magnetic field outside of that entity. Gosh, perhaps there are even entire other “Universes” out there, but I digress.) Yes, the work that we do is incremental, but perhaps something is needed to catalyze the changes that we need. This has actually been on my mind for quite some time. I keep thinking of Strauss and Howe’s “Fourth Turning,” the theory by two historians that history occurs in cycles of approximately 80 years, with 4 generations of 20 years each during a cycle. The historical evidence for this is pretty strong, and we should be in a “Fourth Turning” period now. That is a period when events can spark fundamental change in the form of a revolution of some sort. This could be a revolution in thinking, or lifestyle, or it could be a bloody war. The last one culminated in WWII, and the one before that was the Civil War, but my hope and sense is that this one is about how people think, and about peoples’ relationship to government. What it is coming down to, is oligarchic government versus democratic socialism, it appears to me, with sharply drawn lines and a politically polarized population having two sides with sharply divergent views. In order for society to advance, as it generally does sooner or later, the democratic socialist side needs to win this conflict.

We have had our catalyst. Now, hopefully enough of us will know what to do with it, in order to crash the oligarch’s otherwise permanent, hedonistic party with a Big Blue Wave of clean water that will wash out all the filth these slobs are leaving in their preppy boy frat house from which they try to rule over us. What we need to do now is talk to people — both “likely” and “unlikely” voters — about politics and the need for progressive change, and VOTE the regressives out.

A week or so ago, I heard a song called “Democracy” on a PBS station, in a tribute to Leonard Cohen, who wrote and originally performed it. Thom Hartmann used to play a bit of it on his show; you may know the one: “Democracy is coming, to the USA.” I think that is an appropriate theme for us as we seek to make “people power” a real thing again (https://artofquotation.wordpress.com/2016/12/16/democracy-is-coming-to-the-usa-its-coming-through-a-crack-in-the-wall/).
“Democracy is coming to the USA, It’s coming through a crack in the wall”