I Have a Dream Part 7: The Age of the GOP Dinosaurs is Coming to an End 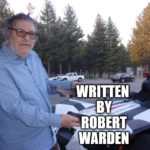 Many of these trends are in fact political, and usually progressive minded. However, there probably has never been anything to compare to the current state of politics in California, at least not in the United States. Republican politicians went from being a distinct minority holding no major state offices, to all but obsolete in the recently concluded midterm elections. If anybody wonders where I get my (what probably seems to most people living in other states as absurdly) optimistic idea that we can make Republicans obsolete politically, it is because I have witnessed it happen, step by step in my home state as I have cheered on and encouraged the process. The recent midterm election is another step in the process — another nail in the GOP coffin so to speak as we prepare to rid our lives of these political dinosaurs. Not long after the recently concluded midterm elections, I noticed this article on my news feed, which discusses the near irrelevance of the Republican Party in California’s current politics: https://www.msn.com/en-us/news/politics/after-midterm-wipeout-california-republican-party-drifts-closer-to-irrelevance/ar-BBPPQon?ocid=spartandhp.

Are there also “dinosaurs” in the Democratic Party? Yes, there are some, but these “DINOs” are gradually slipping into irrelevancy too. The newly elected people across the U.S. are a more diverse, and progressive group than ever before. There are more progressives, more women, more minorities of various kinds, and people from a much wider variety of previous occupations than in the past, something that is well documented by the national media. Sure, there is a faction of “DINOs” who are trying to prevent Nancy Pelosi from becoming the new speaker of the House (again) because she is not centrist enough for them; there are also progressives who don’t find her to be progressive enough as well. Personally, I would prefer a more progressive person as Speaker of the House, but Pelosi has the experience to do the job and decent policy credentials although she isn’t where progressives would like her to be on some key issues. Perhaps she will accede power to a younger, more progressive speaker before long in any case as the progressive movement builds within the Democratic Party. .

Let me explain some of my personal observations of the growth of progressive politics in California, from a local perspective. Years ago, this area actually used to elect Republicans. That vexed me, and I wasn’t sure why Republicans were able to win here, but they did. It was said that this area (western Riverside County) was a suburban sanctuary for people fleeing the more congested areas of Los Angeles and Orange Counties, and seeking lower home prices and cost of living. Most of the people who moved to this area were white, and many of them were middle aged or older, so apparently most of them were inclined to vote Republican. However, as time went on, already thriving intellectual (Riverside being a major university town) and minority communities grew ever larger and have come to dominate the political landscape. I think it was in 2010 that Californians passed a proposition (which as the above saying goes, is now sweeping the nation) to end gerrymandering by having an impartial commission determine district boundaries.

Okay, since Democrats were already the majority in California, Republicans wouldn’t object to that. It should even help their chances a bit by preventing Democrats from gerrymandering districts, correct? Apparently that wasn’t correct, because starting in 2012 — a good year for Democrats in general — Democrats increased their hold on the state, even with the newly drawn, fair districts. Because of the redistricting, my district had different boundaries than before, which basically includes the cities in this immediate area, and a person who had run for Congress before as a Democrat and lost, Mark Takano, won by a good margin this time. Mark Takano was well known to me as he had been a member of the school board at the community college district where I teach, as well as being a high school teacher in my hometown of Riverside. I supported his candidacy and was very gratified that he won the election, and he continues to win elections. Since joining Congress, Mr. Takano has been a member of the Progressive Caucus, and is now a high ranking member of that group, as is a Chinese American woman from Monterey Park, CA in eastern Los Angeles County, Judy Chu, who shares my wife’s surname. In fact, quite a few Congress people from California are members of this caucus, by far the most of any state.

Riverside County’s western border is along the eastern edge of Orange County, long known as a bastion of conservatism and the Republican Party in California. In the election just completed, the writing on the wall came to fruition there, however. This county has 5 congressional districts, only one of which had been represented by a Democrat. However, in the 2018 midterm elections, the other 4 districts in Orange County all flipped from Republican to Democrat. Clearly, gerrymandering-free redistricting has not hurt Democrats. If anything, I think it has helped them here in California, because there are more people who support Democrats than Republicans across the state in general. Fair districts tend to result in Democratic majorities in each district, therefore.

The dynamics might not be the same in other states, but in general, eliminating gerrymandering will for one thing, prevent a repeat of the Republican gerrymandering following the 2010 reactionary “Tea Party” election, and I suspect, since Democratic leaning voters are more common across most of the nation, it will actually help Democrats to consolidate their legislative majorities.

In any case, I think the writing is on the wall regarding the future will of the people in the United States. This is what has Republicans/conservatives so scared. Phenomena such as the “Tea Party” and the rise of Cult 45 are reactionary movements born out of fear — fear of people losing their positions of prestige in society, fear of losing their “way of life” to a multicultural crowd in which women have equal access to power as men do. It has arrived first in California, and Hawaii as well, and this big blue wave will take the rest of the nation forward with it.

Let there be no doubt that the election on November 6 was indeed a blue wave, and California continues to lead the charge. If our movement lives up to its potential, my dream of making the Republican Party politically irrelevant and impotent will become a reality, and sooner rather than later, perhaps within another decade or so. Yes, Democrats having a monopoly on power is not necessarily a good thing, but I don’t think that will happen. The power vacuum created when Republicans lose their grip on government will need to be replaced by something, and that something should be a powerful, populist, bottom up progressive movement.