Half your wood:(late reflections on Ground Hog’s day 2019)

Posted on March 3, 2019 by Ana Grarian Leave a comment 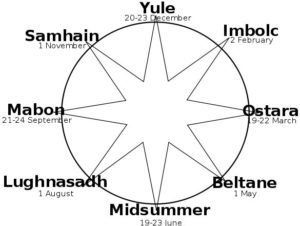 That day was another gray day, but, as it was 40F not -4F, it qualified as a beautiful winter day.The dog and I plowed through the snow on our usual walk through the field to the upper meadow for the first time in at least a month. Once we got to the lane way it was easier going, if only because the base was firm and even, without drifts. The deer and rabbits had been out. Along the wood’s edge there were trampled areas that left me puzzled. In both cases they were beside a tree with berries on it. The berries had not been eaten and were scattered on the snow below. I’m not sure if it was deer or bunnies. There was no area dug down to the grass as deer would usually do. I thought possibly of fox, but there was no blood, so no hunting. Another enigma that possibly I will not live here long enough to puzzle out.

As we went trough the hedgerow I saw another had been out for a walk. A smaller footprint than mine, and by the shape of it a woman’s boot, but one with a much longer stride than I. And yes, as we went around the barn I saw that it had been made by my neighbor up on the other road, whose path wanders through her woods to the meadow.

For the past week or so there had been a definite difference to the quality of the morning light. It is not just that we had more of it. Sunrise will not hit 7 a.m. until mid-March when Daylight Savings Time kicks in. When looking this up I noted that Lent is very late this year, not coming until March 10th. The Easter bunny gets to sleep late this year, not having to bring his treats until almost Earth Day. My theory is that this means a late Spring which the Almanac has suggested. Through admittedly faulty memory, it seems to me that Spring follows those Paganly scheduled holidays better than the cast in stone solstices.

Which reminds me that Ground Hogs Day is an astrological event, simplified to folksy weather fortune telling. Groundhog Day is tied to the movement of Earth around the sun. February 2 marks the midpoint between the Winter Solstice and the Spring Equinox. ( or Halloween and May Day which might be more relevant to those of us in more northern climes where the heating season is longer. For ancient agrarian cultures, this came with the hope that the struggle of winter was coming to an end, and was a time to bless spring plantings and the awakening earth.

Thermometer at 42 degrees. Warm as it is, I see a large flock of snow buntings on the railroad causeway. Their wings are white above next the body, but black or dark beyond and on the back. This produces that regular black and white effect when they fly past you.

A laborer on the railroad tells me it is Candlemas Day (February 2d) to-morrow and the winter half out. “half your wood and half your hay,” etc., etc.; and, as that day is, so will be the rest of winter. http://blogthoreau.blogspot.com/2014/02/half-your-wood-and-half-your-hay.html

I am amused and enlightened to learn this. Gazing at my wood pile I see the sense in it. I (and many others) have a tendency to think that winter is passing once the Yuletide holidays have gone by, when really it has just begun. In the past I have been optimistic taking note of my woodpile in January and then dismayed when April and even May bring cold weather. I have a more realistic measuring tool now.