The Music That’s In All of Us 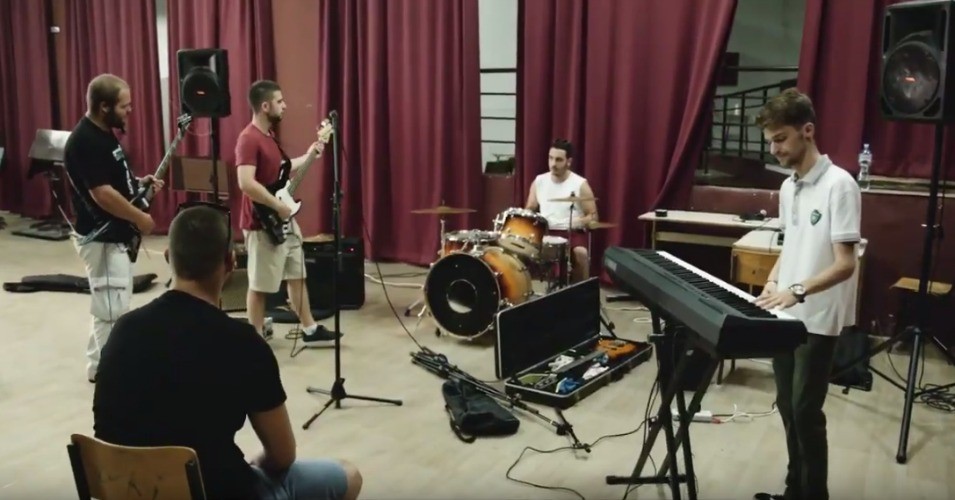 And suddenly the music burst through the borders.

This was in May of 1999, in a city in the Netherlands called Alkmaar. Laura Hassler, an American woman who had been living in the Netherlands for many years by then — who was a choir director and, in essence, the “town musician,” the organizer of public music events — had put together a concert for the town’s annual honoring of the dead of World War II.

But the bloody war in Kosovo was then raging: Thousands had died; nearly a million refugees were streaming across Europe. Its horror dominated the daily news and Laura couldn’t ignore it. She couldn’t simply focus on the war dead of half a century ago, not when the hell of war was alive in the present moment, pulling at her soul.

She decided, “We’ll perform music from the people suffering from war now — folk songs from Eastern Europe,” she told me. Her impulse was to reach out, to connect, somehow, with those suffering right now, on the other side of Europe. And something happened the night of the concert. When it ended, there was a moment of profound silence . . . and then, as the audience stood, applause so thunderous that the rafters shook. It went on for 20 minutes.

One of the musicians, a political refugee from Turkey, said to her afterwards: “This concert was special. We should put it on a train, send it to Kosovo and stop the war!”

And so it began, a Zen moment, a crazy idea. Within a few weeks, a peace group had donated office space and Musicians Without Borders — an international organization with the stated mission “to use the power of music to bridge divides, connect communities, and heal the wounds of war” — was born.

“Within a few months, we had enough money to rent buses and go to camps in the Netherlands for refugees from Kosovo,” Laura told me recently. Something profoundly necessary had manifested. “It had to happen.”

At the refugee camps, the musicians made music with children and performed again the beautiful folk songs from the region. They also brought donated violins, accordions, guitars. Refugees who were musicians were likely to have fled without their instruments. These donated instruments gave them their music back.

“This was run by passion,” Laura said. “We didn’t know exactly where we were going, but we knew what we were doing.” Within a few months the new organization was traveling to Sarajevo, in Bosnia, bringing instruments, connecting with local musicians, and making music with children in refugee camps. Building on these experiences, Musicians Without Borders worked toward a long-term project in Srebrenica, with children from both sides of a cruel divide, which had separated Serbs (in the city) and Muslims (in refugee camps). This was a divide created by war and enforced by politics and bureaucracy. But music was a way to start to bridge it.

“This is what we believed,” Laura said. “that musicians don’t identify primarily by nationality or religion, but as musicians. We’ll find musicians in all war -torn regions who feel this way, as we do.”

In Srebrenica, scene of a 1995 massacre in which thousands were killed, MWB’s Music Bus became the organization’s first long-term project and an example of how music could help to rebuild a society shattered by war. With the Music Bus, Musicians Without Borders had established itself internationally. A short while later the organization was invited to Palestine to present its work. It also came to the attention of UNICEF and currently it works with local musicians in six countries — Kosovo, Palestine, Rwanda, Uganda, Northern Ireland and El Salvador — all of them torn apart by war and cultural division and suffering long-term consequences.

“In the beginning, people laughed at us,” she said. “We had no basis, no funding. But we had a vision. We struggled to make it for years. But every time we were about to go under, we survived.

“Every person has music in them!”

And the core and heart of Musicians Without Borders lays itself bare. This is the passion that drives it, that drives Laura, who grew up as a child of activist parents in a cooperative community, where “we were always making music. It was part of my life. I was always setting up singing groups and leading them.”

Every person has music in them, crying to be released. And, Laura believes, music is a healing force that can and must be used to move humanity past the damage it has been doing to itself ever since war and conquest became the global norm.

“There are different ways of experiencing music, as we all know,” she has written, “but also very different ideas about what music is. In European related cultures the dominant idea of music has, over history, become ‘something’ outside the person, to be taught and learned, practiced, perfected, held to a standard of quality and achievement.

“. . . a relatively few people are ‘artists,’ of whom a very few are ‘top artists’; but most of us are not — we’re listeners. And many listeners would tell you that they cannot make music.

“There is another way of perceiving music which many cultures, including earlier European cultures, share: that music is in the middle of all life, a basic element of being human, one that plays a continuous role in the life of the community and of every person in it. Inherent in this understanding of music is that, just like the capacity for language, music is part of our DNA and ‘doing’ music is part of human existence. It is what we do as we work, play, love, celebrate, suffer, mourn. You might say that we are music: from the rhythm of our heartbeat, our breath or our walking or dancing step, to the perception of tone everywhere in our lives, to the melody of our voices: music is in our bodies and in our spirits. . . . Music is a universally shared human trait, and all people have it in them.”

This is the future — a part of the enormous change pushing humanity beyond itself, beyond what it thinks it knows. Paul Hawken, author of Blessed Unrest, described this enormous becoming in a TED Talk: “It’s so new we can’t recognize it. We’re so familiar with armies and governments, wars, churches and religions. There’s no precedent for what we’re doing. . . .

“In the 20th Century: big ideologies stalked the earth, clad in armor. They fought for the control of our minds, of our land, and it wasn’t pretty.

“This movement is humanity’s immune response, to resist and heal political disease, economic infection and ecological corruption caused by ideologies. It is about possibilities and solutions. Humankind knows what to do.”

This movement . . . maybe it has a million pieces. We’re putting humanity back together in a new way, in a way that values Planet Earth and the soul of humanity. When Musicians Without Borders started becoming known, Laura said, she began receiving emails from musicians from all over the world, saying in essence: “Can I work with you? This is why I became a musician.”

Somehow I’m not surprised. The music’s in all of us. So is the desire to connect, to create peace, to save the world.

This work is licensed under a Creative Commons Attribution-Share Alike 3.0 License