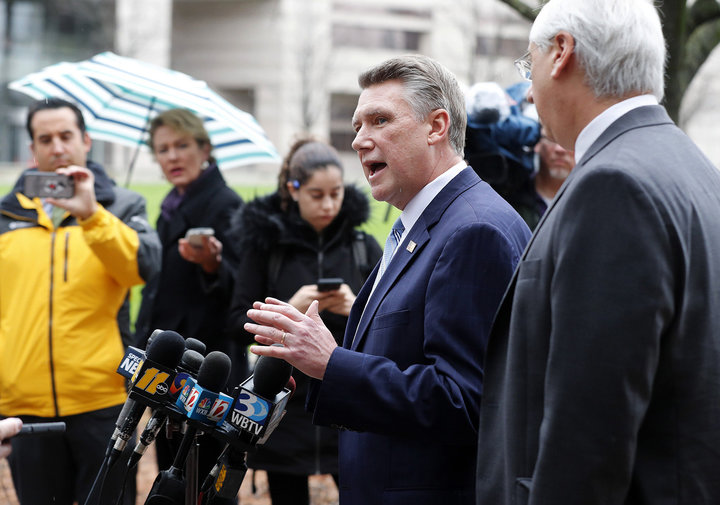 Republican Mark Harris, left, and his attorney David Freedman speak with the media after meeting with state election investigators on Thursday, Jan. 3, 2019 at the Dobbs Building in Raleigh, N.C. (Ethan Hyman/Raleigh News & Observer/TNS via Getty Images)

The executive director of the North Carolina State Board of Elections revealed Monday that state officials had uncovered a “coordinated” and “unlawful” effort to collect absentee ballots on behalf of a Republican congressional candidate in the November election.

Kim Strach, the board’s executive director, made the comments at a closely watched public evidentiary hearing in Raleigh on Monday following a monthslong investigation into election irregularities in the state’s 9th Congressional District. The state board declined to certify the race last November and could order a new election after the hearing. Republican Mark Harris currently leads Democrat Dan McCready by 905 votes in the race.