Posted on December 2, 2019 by Ken Carman Leave a comment 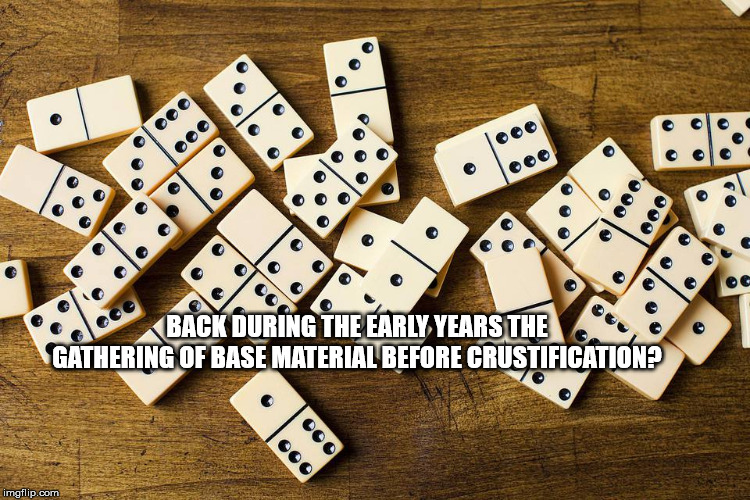 I thought it would be fun to republish one of my columns from the earliest years. Minor editing for clarification and because spellcheck really sucked back then. The squirrels who did that were on a smoke break, and it wasn’t tobacco. Published February 1975 while attending my second college: Plattsburgh State University, or Pee Suck, as some called it. The repeating quote is pretty much verbatim what I was told over and over again. And I was a LOT nicer back then. (Maybe?)
Dominos was a smaller chain in 75. Its pizza has vastly improved. Still not a positive comment. In 75 my editor at Cardinal Points told me he asked the manager at Dominos not to sue Cardinal Points. That manager said, “Why should I sue you? I have had a lot more people try my pizza since you published that.”
So am I partially responsible for a now nationwide culinary abomination? God may never forgive me.

Once upon a semester a scribe came to PSUC. He had visited many other colleges and wished to find a university free from bureaucracy. To Scribe a perfect college would be considerate of students. It was presumed by our hero that such a college should nestle among friendly locals and commerce that was equally kind.

The Brassiere Office, after Scribe stood in line for a decade, demanded new students must pay for food service. Scribe noticed that this would cost him $315. (May seem strange, but a lot in those days) When he suggested for that price he could have just eaten out every day they recited the school motto our hero heard so often, “This is not our problem but yours. Students are merely guests.”
Scribe decided to go ahead with dorm life for the first year anyway: after all money grows on parents. (Actually I paid my own way with a little help from one brother.)
Settling into his ‘new’ hole in the wall Scribe decided he was hungry. Dominos was offering two free quarts of Pepsi with a pizza. The delivery man arrives minus the soda. He refuses to go back. (Eventually they told students if they insist they would go back, but either way students would never would get the soda. You could hear them do this as they delivered pizzas to rooms all the way down the hall.)
Scribe wrings the pizza man’s neck. But the response was oddly familiar: “This is not our problem, it is yours. Students are merely guests in Plattsburgh.” After that Scribe munched Pepsi-less on a piece of cardboard-like crust sprinkled with glue like cheese and a sauce to rival Chef Boyardee. Some dare call it ‘pizza.’
Frustrated Scribe decided to get a drink and watch a late movie. None of the beverage machines worked though, true to the PSUC tradition, steal his money. Administration’s response to the theft: “This is not our problem but yours. Students are merely guests.”
Sitting down to watch the two channels of what he had been told would be ‘cable’ TV he notices the lounge zoo is rather noisy. Scribe asks them to keep it down to a softer roar. The response: “Like you we are mere guests of the college. It is not our problem but yours.”
Morning cracks to the sound of an unheated room. Our hero goes out to his car but the battery is dead. (Worst car ever owned: 71 Pinto with the Brit engine. Just one of the many problems: ate solenoids with a post melting, “YUM!”) He goes to security. “Yes, we have jumper cables but you can’t use them.” Our hero suggests, like his last college, they have cables or a charger and for a fee let student borrow them.
”This is the student’s problem. After all the student is merely a guest at the college.”
As any good businessman knows a hotel can do without guests and a college can do without students.