Inspection- On COVID and Self Regulation 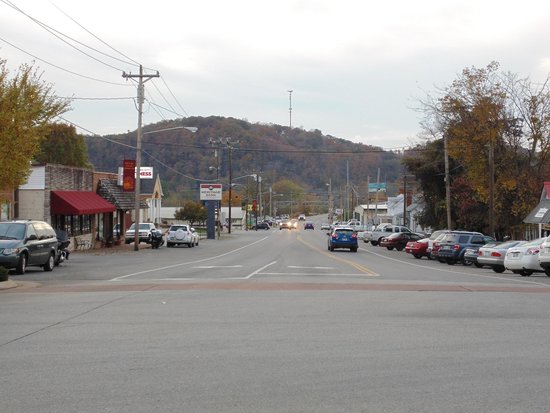 Though my wife and I do try to self regulate as much as possible, we also find we have to go out more than we should. There are various reasons that have to do with how we set up our lives long ago. That having been typed, up until yesterday, we hardly had gone out at all. COVID has hermit-ized us all, at least a little. Well, a lot of us. Maybe mostly the mature ones. As far as the rest I make no claim. Depends on your specific circumstances.
A stone’s throw away: Cheatham County. Beautiful. Central Adirondack-like in some ways. 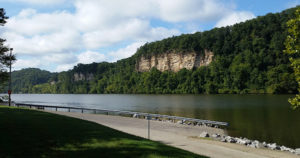 Just across the Cumberland from the city

During our time home we speculated Cheatham might be a less COVID saturated area because Cheatham County is more rural. We did have some reluctance because they had just declared they were opening up. We donned our gloves and masks anyway and headed for Cheatham County. One of the first things we saw were plenty of signs warning people to follow the guidelines.
Being just two people on septic tank and a well we have never installed a washer or dryer. So we headed to our first destination. Here is what we found…
Laundromat: no one had masks. No one seemed to care about distance, or gloves. A problem since Laundromats abound with hard metal surfaces where the virus is known to last for up to two weeks, or at least the last stat I saw.
The grocery store was a little better, but much of the same.
Kudos to employers: everywhere we went employees wearing masks, respecting distance, 6 foot lines on the floor. The patrons, well, beyond “not so much.”
When I commented about how people were behaving in Cheatham County Millie immediately agreed: destined to become COVID central, though statistically I suspect Nashville might still be worse due to population. That’s the main reason why New York City: a place that competes with sardines for packing em’ in, is such an epicenter. “Strength in numbers” is a cliché’ that empowers the virus, not us.
Unfortunately we found out we had to go into Nashville. No power for two days and our dealer had just finished servicing our small generator. Getting the generator translated into less going out, less contact, less chance of contracting COVID.
I did go into one place other than to pick up the generator. There was a guy standing in front of a coffee urn, speaking what sounded like Russian. He said it was Kurdish. He seemed to delight in getting as close as possible to everyone, no distancing, talking vehemently, spitting, into his headset; hence out into an enclose area.
Efforts put forth by government and businesses suggested a hope that people would self regulate. So, once again, thank you to Metro, Cheatham County government and merchants. A lot of Nashville stores and governmental offices have been closed a long time, leaving Millie with the heavenly experience of putting up with… uh, being around… me. Constantly. Day after day.
Surprise, surprise, our War of the Roses hasn’t escalated at all, a variation on a joke I tell all the time. Actually I think we may be getting along better: not that it was bad before. That having been typed maybe I’d better dismantle the hand grenade set to go off the next time our TV is tuned to a soap opera. I think I heard her in a backroom dismantling something. I wonder if it was set to go off next time I talk to myself, or next time a string of curses trigger it because I’m ticked off some mechanical doohickey isn’t working right?
Recently a Facebook poster was kvetching about the government taking away our freedoms with shut downs. I wonder… where are the armed police outside our doors? Where are the troopers pulling over people without masks or gloves and arresting them? Where’s the lack of due process for mask-less people? You know, the ones security or police rarely approach and say anything?
The stores might ask us to behave, but I see less than little enforcement; especially no armed enforcement.
No, it’s certain members of the public who aren’t being responsible and are arming themselves to demand this stop. People who threaten, in some cases, our basic rights. You know…

“…life, liberty and the pursuit of happiness.”

Yes, there are freedoms being lost. The freedom of those of us who act responsibly: go out with masks and gloves when those are meant to protect them from us. Apparently the ‘freedom’ of non-social distancing, non-mask wearing, sans gloves, potentially spewing virus into the faces of those being responsible is far, far more important.
Consider the freedom lost: the security guard who kindly asked a lady to follow store rules and wear a mask. She left, came back; her husband and a friend murdered him. Bang. Or the McDonald’s employees who told the customer there was no inside dining followed by attempted murder. Bang. Bang. Health care workers threatened. A militia-like group: sans mask, who came in to force open a government building. Armed, screaming into masked policemen’s faces, fingers itching for a bang… freedom, man! The kind of ‘freedom’ brownshirts prefer.
All of us have to go out, eventually, occasionally. Someone comes into the store without a mask, won’t maintain his distance, screams in people’s faces. I get COVID and die because the mask I wear was supposed to protect them, not me. The mask they won’t wear would have protected me. No, they get their jollies out of risking the lives of the responsible. Threatening us due to a virus that jumps from asymptomatic person to vulnerable person faster than fleas jumped off a rat with the plague. Only COVID has enabled this passage as if it has warp capability.
Remind me again who loses their freedom in this scenario?
The way to do it RIGHT (Why do I bother?) would be to see how the numbers go. Open up select areas, select businesses, and as long as the numbers keep going down, open up a few more select businesses and if that works well go to the next area as soon as their numbers start going down. But the plan they have isn’t even allowed to be released.
Controlling COVID requires most people being responsible. Controlling COVID requires most people to have a modest ability to self regulate. If you’re going to go out maintain distance, wear a mask and gloves. Not that hard. Not some massive stealing of freedom.
COVID takes advantage of irresponsible people and jumps to people being responsible. And not just people going out more than they should. Doctors, nurses, care givers, law enforcement, those who work with the elderly, care for our children. Those who could care for you if the worst should happen.
Feel threatened?
You should. 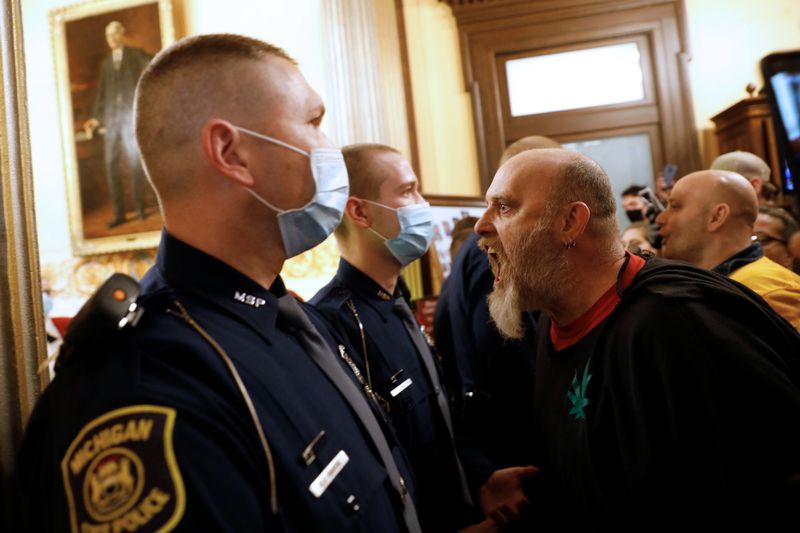