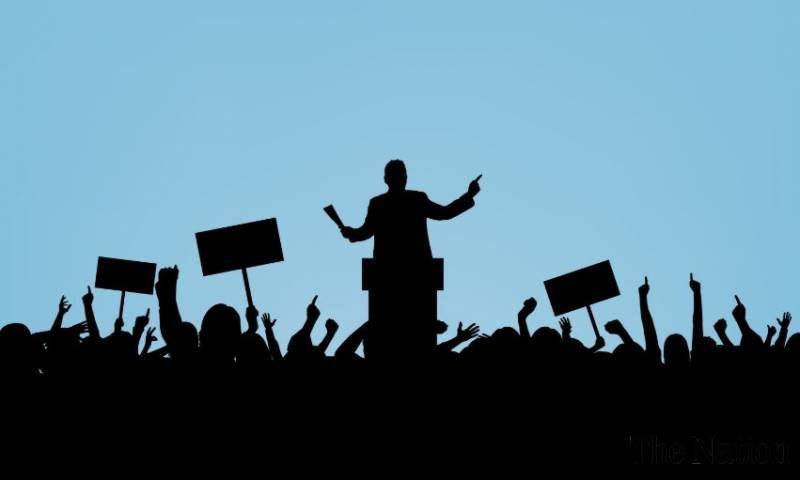 Re: Trump’s recent comment that his critics over COVID were doing it “for political reasons.” Let’s start with the politicians. How horrible!

How treacherous! How unusual! POLiticians do things for “POLitical reasons?” SHOCKING! Of course Mr. Trump, innocent as a baby he is, would NEVER…
Snark aside the assumption behind this all too often spewed catch phrase is that there are no other reasons: an all to politically convenient assumption that has the quality of what comes out of the south end of a diuretic horse headed north. Examining President Trump’s claim: critics who want to keep America in lockdown longer are doing it merely for political reasons is even more laughable. Are there no more infections from COVID, or very few? Is COVID no more than a typical flu? Is there a lack reasonable reasons to extend lockdowns?
Uh, the answer to these questions are all a huge “NO” that could be said in unison by experts of various political persuasions who are NOT politicians. Any honest person answering after observing statistics, evidence, etc would join in with a loud, “NO.”
But Trump seems to have no interest actual feedback from experts or honest assessments, except getting sadistic pleasure out of making them walk the plank if they don’t parrot him. Hell, he tried to do that to a nurse during one of his dog and pony shows featuring nurses when one said they had had some trouble getting PPE, but they were doing OK now. How rotten of a human being does someone have to be to want to embarrass a professional who has made such a mild statement on national TV?
Anyone with eyes and ears who has watched him, who has listened, already knows the rot in his rotten is as vile as that of a rabid possum left out on a hot Louisiana summer sun. Maybe far worse.
So it can’t be true that any of Trump’s ‘observations’ are made for political reasons, can it? So it can’t be true that his sudden “Obamagate” claims that include his opponent just a few months before an election are politically motivated?
Ha.
Ha, ha.
Ha, ha, ha, ha, ha, ha. Chuckle. Snicker. He, he, he, he, ho, ho ho and one last big political White House ho…
I’m done.
Snort.
OK, just one more.
It’s 2020. He’s up for reelection. A reelection that by is all means contentious. There’s no indication he has gained in his base, a lot of indications he’s lost some of his base. Last time he only won via the College, and that was via states that had been radically gerrymandered, purged, limited voting hours, sent broken machines and too few machines to politically inconvenient areas.
SHORT LIST. There’s more. Especially with Trump and toady, corrupt, governors like Kemp: always more.
And then we have that common “look over there!” tactic that is used to justify these traitorous actions: massive numbers of illegals voting. Proof please? No rumors. None of this someone said something that seems to indicate, or could be twisted into. SOLID proof that indicates a huge number like that is highly likely. You know: pictures of buses unloading and these are provably illegals voting. Poll workers from many political persuasions testifying that they thought that these huge groups of people didn’t have the right to vote but they had to let them vote.
Good frickin luck.
Now we’re seeing the same kind of cheating when it comes to COVID, and not just the administration. Like saying meat processing plant deaths, or infection rates, are proprietary and shouldn’t be part of the stats, public knowledge. Any attempt to hide statistics would be… wait for it…
POLITICIZING IT? UH, YEAH. DUH.
To say all this isn’t “for political reasons” is worse than laughable, beyond absurd.
Now here’s truth: there IS a balance act here between not devastating the economy too much and not killing off the vulnerable too much. Business IS people, though business is more like the grass that gets mowed too much, too low. You might kill off some but it naturally grows back in better times. Not so much loved ones we’re lost. OK, not at all.
Yet this IS a discussion to have. But a discussion via yet another violence encouraging behavior, violence inspiring comments, we can’t have because Trump’s brownshirts are out threatening us, killing some of us, while he distracts with constant nonsense.
But as to your claim. Mr. Trump: damn near everything Trump says and does would be… wait for it…
”For political reasons.”
And in his case other reasons, except also enriching himself, always seem so absent.