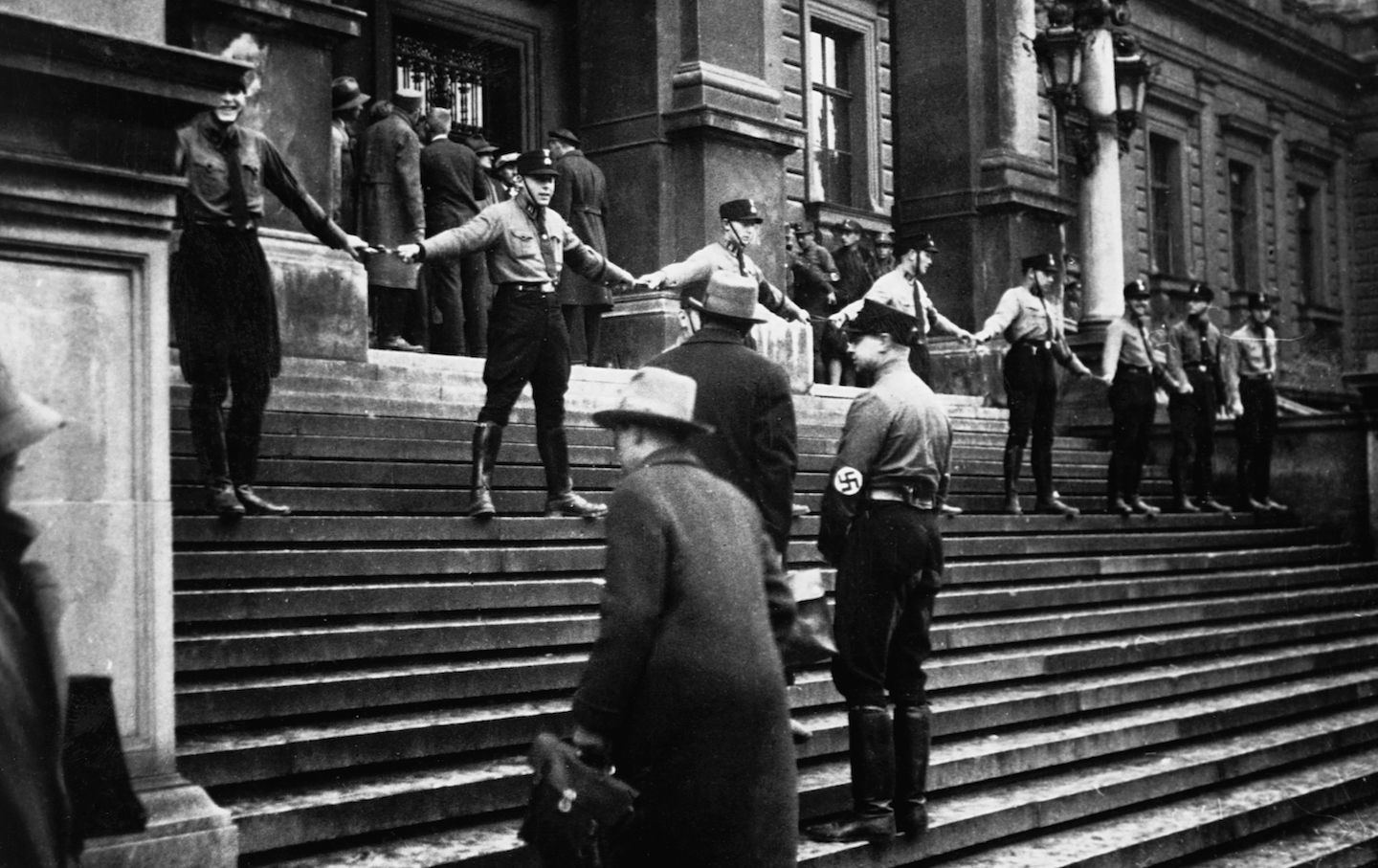 Having shown itself as a political party more interested in fraudulent elections than voter fraud, the GOP was banned by the Supreme Court in 1982, again in 1986, again in 1990, and again in 2004 from “monitoring” polling places. Each Court ruling was preceded by flagrant instances of the party’s voter intimidation and suppression.

So now, “six months before a presidential election in which turnout could matter more than persuasion,” reports the Times, “the Republican Party, the Trump campaign and conservative activists are mounting an aggressive national effort to shape who gets to vote in November — and whose ballots are counted.”