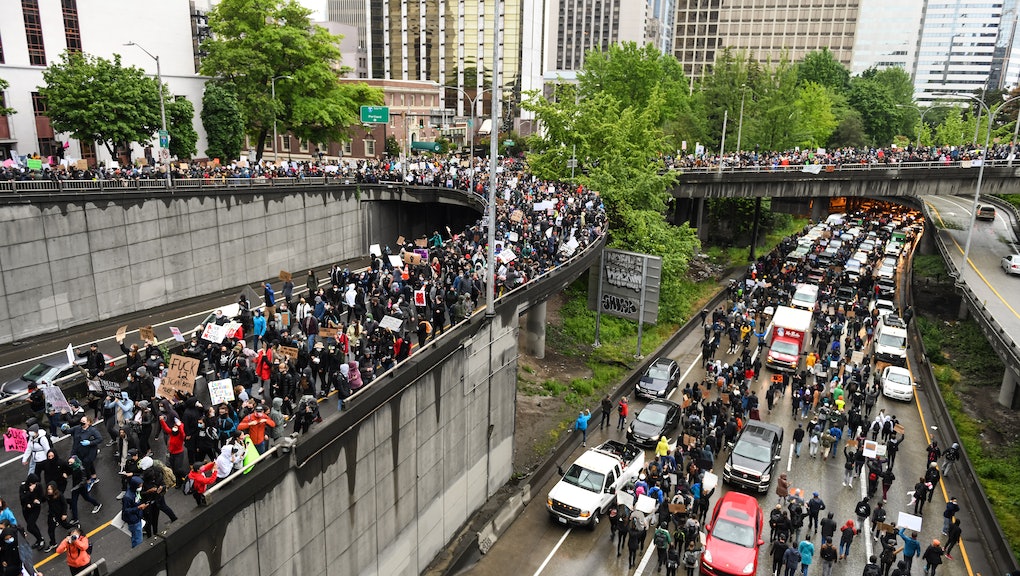 At least 68 people have driven their cars into Black Lives Matter protesters since May 25. The incidents, most incited by civilians and some by police, represent an alarming trend in counter-protest violence against those marching in the streets. On foot, protesters are often defenseless against attacks by speeding vehicles; many have been injured and at least one person has died.
Data collected since late May by Ari Weil, deputy research director at the Chicago Project on Security and Threats of the University of Chicago, shows that vehicle assaults on protesters are increasingly common. According to NPR, Weil’s research has found that 18 of the attacks were “deliberate,” with many more still under investigation. Weil said that the motivation behind these acts is often animosity against the movement. “The message they’re trying to send is, ‘You need to get out of the street and stop these protests,'” Weil told NPR. “They’re trying to intimidate the most recent wave of BLM protesters, to stop their movement.”