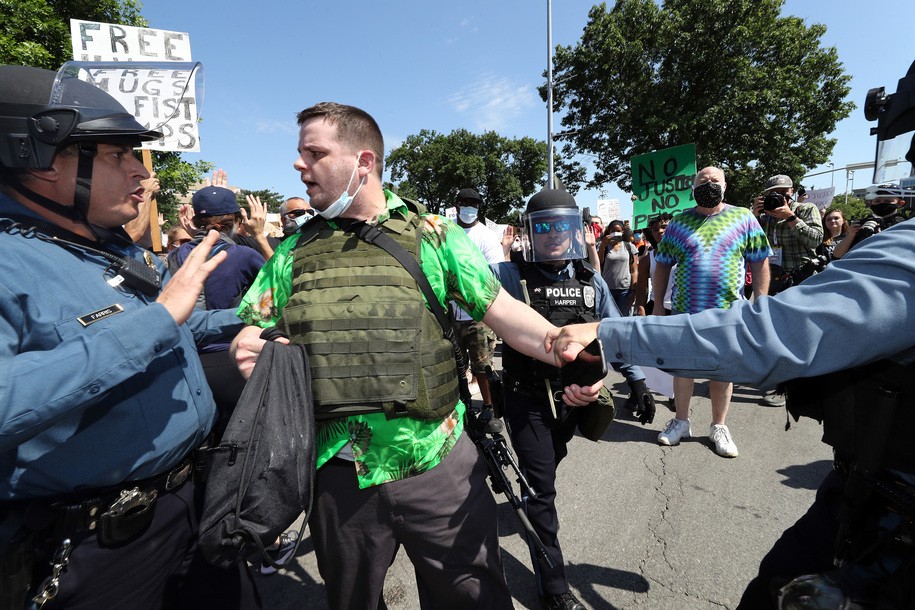 Donald Trump may not want to believe it, but the evidence is beginning to mount around the nation that white supremacists and assorted far-right “Boogaloo Bois” are working overtime to leverage protests around the United States against police brutality in the wake of the George Floyd killing—not to merely join the protests, but to both inflict violence and property damage, as well as to threaten other communities with it, all in order to heighten political tensions around the protests.

The tactics vary: Some are showing up disguised as anarchists or sympathizers, while some are arriving fully armed, in camo and body armor, with the Hawaiian shirts signifying the far-right “Boogaloo” civil-war movement. Others are simply spreading false information on the Internet by posing as antifa and telling smaller suburban and exurban communities that hordes of ravening anarchists are about to descend on their communities and break all their windows—sending those communities into fits of paranoid overreaction.