Republicans Are Now the Party of Lawlessness and Disorder 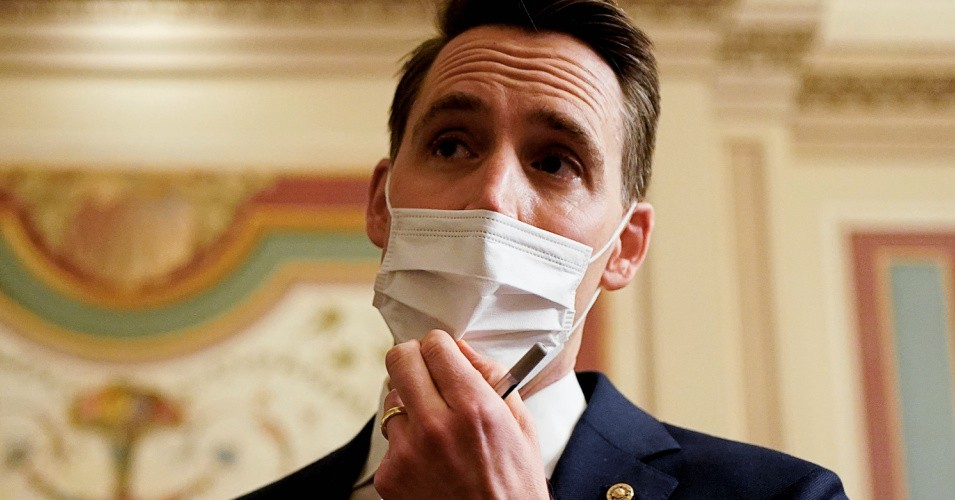 There really is no debating that Trump incited a deadly insurrection riot, no more so than we might debate that the earth is round. And the pending vote to convict or acquit will make clear exactly what the GOP has become.

If it was not clear before, the Senate impeachment trial has laid bare and unmasked Republican Party leaders as a group of political cowards who talk tough yet support lawlessness, anti-constitutional mayhem, and anarchy.

The barren naked truth, revealed starkly by this trial, is that the Republican Party has no interest in “law and order” or the Constitution. If that sounds inflammatory or defamatory, consider this: when was the last time the Republican Party leadership accepted even the slightest responsibility or accountability for anything they’ve done?

Now comes Trump’s impeachment trial, the most extreme and blatant example of Republican lawlessness, mayhem and anarchy—and even with mountains of objective, incontrovertible, inarguable evidence of Trump’s impeachable incitement of violent deadly insurrection riots, even now, with every excuse to convict Trump and not a single reason other than political cowardice and calculation not to, the Republican Party still, stunningly if predictably, refuses to apply its relentless mantra of “law and order” to its own.

Make no mistake: when it comes to policing black and Brown people, poor folks, leftists, and protests they disagree with, Trump and Republicans vociferously embrace “law and order” epansions of Patriot Act-style security state and police state crackdowns. The party’s Nixonian enthrallment with policing and military might remain stridently intact.

But when that law and order carries consequences for their words and actions, suddenly the Republicans have no accountability, no responsibility, no toughness, no courage to stand by their actions and take the consequences.

When it comes to law and order for polluters, for corrupt or bankrupt corporations, or for routine and repeat violators of workplace safety laws, the Republicans are not just quiet about enforcing rules—they consistently undermine and erode that enforcement through budget and staff cuts and regulatory rollback.

Over the past four years, Trump and the Republicans gutted law and order for big business—dramatically underfunding and rolling back vital (and, back in the days of Nixon, bipartisan) protections for workers and our environment. There is no denying the Republican’s avowed, active interest in lawlessness and disorder when it comes to the environment, the planet, and workers—they state it right in their policies. Less enforcement, less regulation. Less law and order for toxic polluters; less accountability or responsibility for oil and coal companies wrecking our planet and future; less regulation—less “law and order”—for food safety, corporate accountability, enforcement of civil rights, voting rights, fair housing, and so much more. As everyone knows, laws don’t mean anything without enforcement. Republicans love law enforcement when it comes to cops and soldiers, but nothing else.

If nothing more comes of the impeachment trial, let these truths at least spread far and wide: Trump lied and incited deadly riots; the Republican Party leadership aided and abetted; and when faced with opportunities to own these profoundly grievous acts—to accept responsibility and accountability—they ducked, blinked, and failed. If nothing else comes of this debacle, let us never again hear the words “law and order,” or “Constitutional originalism” from Republican Party leaders’ lips. With their cowardly calculating decision to reject the conviction of Trump, they have forfeited this terrain, perhaps in perpetuity. No great loss there, except to the future of their own lost party.

Christopher D. Cook is an award-winning journalist and author of “Diet for a Dead Planet: Big Business and the Coming Food Crisis” (2006). Cook has written for Harper’s, The Economist, Mother Jones, The Christian Science Monitor, Common Dreams and elsewhere. See more of his work at www.christopherdcook.com.