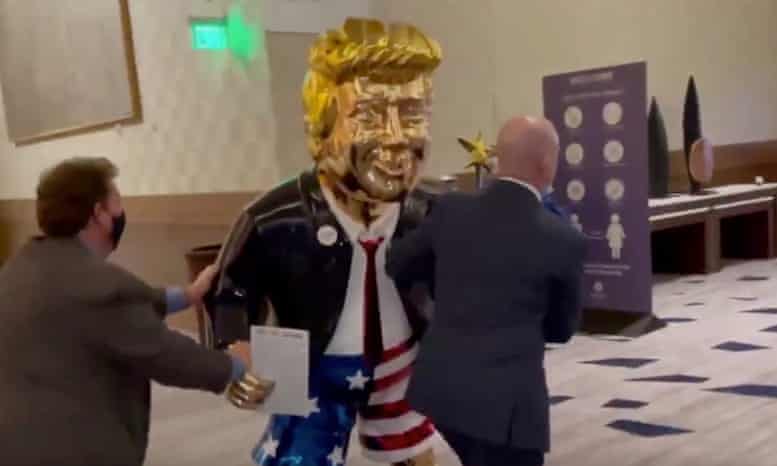 When we first moved south we stopped at a motel in Covington, Kentucky. Early Sunday morning I got up and turned on the TV and there was one of ‘those’ preachers. I had never actually seen a faith healer in action so I was fascinated. Mr Healer

called a deaf woman up on stage, stage hands helped her up. He told her and the audience he was going to heal her. Hands over her ears he cried, “In the name of Jesus say, ‘I am healed!'”
Puzzled look.
”In the name of Jesus say, ‘I am healed!!'”
Head tilts, She still had a puzzled look
Finally he slowly parsed his words, making sure she was watching, “In the name of Jesus say, I… AM… HEALED!!!”
Still with a quizzical look, slowly she says, “I… am… healed???”
He turns his back on her. The stage hands rush her off stage. He says with a big smile to the audience, “Praise Jesus, she is healed!” The crowd roars!
All I could say was, “She was reading his lips.”
Snake handlers, faith healers, speaking in tongues, the gifts of the Spirit: to say I’m a skeptic is an understatement. Oh, I believe prayer can help; if nothing else: focus. I have felt all my life there’s something far bigger than me, far bigger than all of us combined, out there. Maybe the whole universe is just one atom of a whole. But I could never have been a member of the community of Jonestown. I would never buy the blather of faith healers. I worship no golden calf. And there’s not one politician I have read about, experienced in my life time, I would or could worship. Not one is perfect. Every one has made mistakes. We are all human.
And the Bible is a very human document.
Perhaps closer to the divine than any human, still Jesus was human. We are told through the Bible, through preachers, who he was, but I feel the real Jesus may be lost unto all of us. That’s so unfortunate.
Instead: too many humans with an interest in TELLING us who he was. Too many wish to use him like their personal golden calf. Use him for riches, for fame, for power… use his name like a club to beat others over the head when they won’t agree, they don’t comply.
Too many act as if they ARE Jesus; a Jesus that may never have been: demanding absolute loyalty. Doubting Thomas be damned.
I certainly would never be convince by snarky name calling or mean tweets. Indeed I think that more the province of evil.
Like pretty much everyone in my generation I was raised on TV. I get the admiration expressed for TV idols, though I have never felt that way. I suppose The Galloping Gourmet may have come closest until he sobered up.
I joke, but &%$! he was funny until he got religion.
Living in Nashville I’ve met my share of famous people, been friends with, worked with them, and they vary from marvelous to outright creeps. Some are modest, some so full of themselves tip them slightly by challenging their absolute sense of superiority and toxic waste pours out.
Interesting, that’s exactly what I feel about the past 4 years. While I barfed, I retched again and again, at his behavior, others saw the Golden Donnie. That’s why golden statue is the perfect representation of him. And considering Mooby in Dogma; Trump using the government as his personal piggybank, I feel Mooby an equally adequate depiction.
But one thing is certain: politicians, movie stars, music icons are no more, no less, human than I am. Their talent is no magical thing; even their talent for evil. We allow them to have that power, which is why this golden calf, this Mooby, should face justice, and never be allowed to run again.
I can dream, can’t I?
So I simply don’t get Trump worship. I don’t get why anyone would follow ANY politician’s direction to march on Congress. To me Brother Trump is like that fake preacher on that Covington, Kentucky motel room TV. And America has been getting bills for his reign much like the bill we got months later from that motel claiming our credit card had been rejected. Problem is we had no credit cards at the time and had paid cash. We had the receipt.
Never heard from them again.
If that motel had been owned by Trump I suspect we’d still be getting the bill, have to counter sue. Truth doesn’t matter. Honesty doesn’t matter. What’s good for America doesn’t matter. Brother Donnie is all that matters.
Why people get hung up on any preacher, any entertainer, any politician I’ll never know. But it’s dangerous beyond belief. The worst leaders have been those people will follow no matter what, no matter how bad, no matter how twisted.
That’s the Cult of Brother Trump: America’s golden calf. And I have no doubt he will at least try to run again. Unless his lifestyle gets him first. Or the law gets him… which I doubt. America is lousy at holding presidents and former presidents responsible. We shall see. But if either happens surely DeSantis or whomever will run in his name. And Trump will be considered a martyr.
Either way we’re going to have to be ready. The golden calf has been freed. And he has plenty of worshipers. Who plays the part may not matter as much as we think.