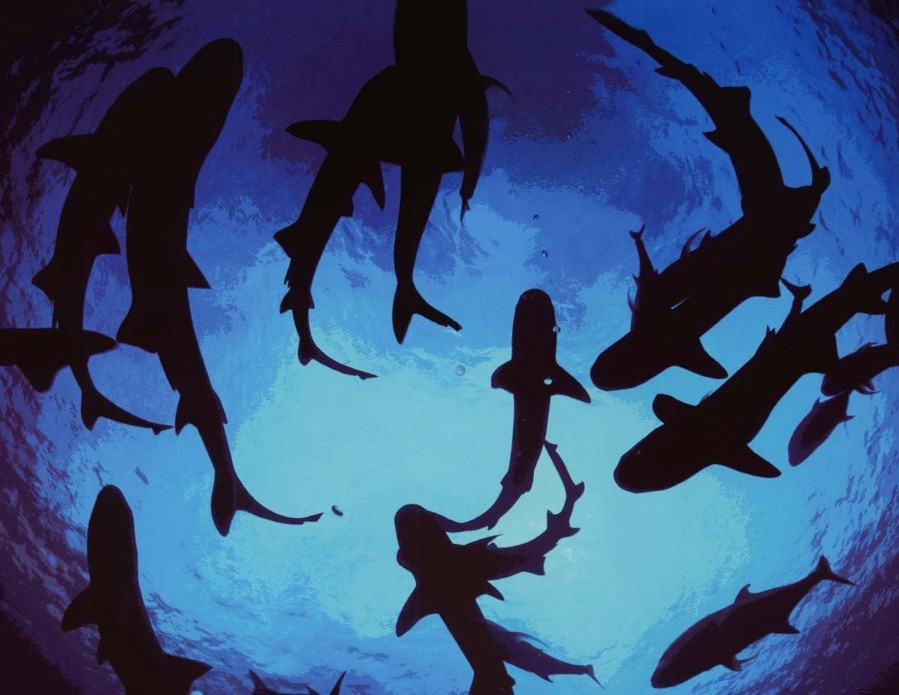 Politicians, pundits and sharks have at least one thing in common. They sense blood in the water. And, once again, they are circling.
I have no love for Andrew Cuomo, nor deep hatred. We moved out of the state in the 70’s, but we do have two places we will be retiring to. I know a lot of people don’t like him, just like many disliked his father, and not just on the right. An old friend who was a neighbor is probably more left than me, but he is no fan. I do think the contrast between how Trump did reports on COVID V. Cuomo definitely gave a hand up to the governor. But Andrew renaming the Tappan Zee for his father, Mario? Uh, NO.
A few minor points among many we could contrast. I do find it interesting that there’s so much focus on shenanigans with COVID nursing home stats, but little to none on DeSantis. He has done the same or worse.
Again: picky eater sharks circling in the water, preferring one flavor over another. Nothing to do with political skew at all. NOTHING.
Chuckle.
So much for a “left wing media.”
I don’t want him to resign. I didn’t want Franken just to resign. Hell, I didn’t want Trump just to resign. I want due process. As we all know, despite claims that prosecution will continue even if he just resigned, prosecution will lessen: not as much an intense focus to find truth, not as much of a punishment. We even saw it here in Nashville where once our mayor resigned the intensity lessened, she got a softer sentence, and the attention on true justice: whatever that may have been, floated away.
I don’t want that. I didn’t type this to demand stiffer punishment, I didn’t type this to demand less punishment. I do want all examined as best we can. And that’s NOT just any crimes, or inappropriate behavior, committed by Cuomo, if any.
Just resigning is too easy an out. An easy out for the accused. And easy out for accusers. An easy out for any puppet masters involved in pushing all this. And if you don’t think there are puppet masters pushing this you are indeed naïve. Accusations don’t come with timed regularity: week by week, drip, drip, drip, ratchet up the pressure with increasingly worse accusations.
This, like Franken before him, has the stank of someone like Rove or Stone to it.
The easy out seems to be the way this goes almost every &%$! time, and at times reminds me of a lynch mob. Unless they deny, deny, deny, threaten to sue. That’s even worse. Seems that way the guilty DO get away with it. So what kind of behavior are we actually rewarding here?
Yes, we need to discourage public servants from behaving like this. Simple resignation won’t do that, though it will get them out of the way of those who consider them politically inconvenient. I certainly don’t want that either. I don’t want to deny anyone the chance to defend themselves. I don’t want any possible puppet masters just to sneak away to find another politically convenient target.
I remember during the time of Clinton a number of the accusers HAD been paid for, and paid well.
If that dynamic exists it needs to be exposed as much as any inappropriate behavior. Political hit jobs are the political version of violent rape. And when it comes to politics you can guarantee there’s a whole lot of inappropriate behavior, and I don’t mean just sexually. When these things start we need to find out as much as possible and crack down hard on ANY bad actors; which of course could mean Andrew and Roger might share a prison cell.
Don’t think I want to see how that would turn out. Hell, maybe they’d become good friends. Maybe underneath all the political posturing they share similar personalities? Stranger things have happened.
Often it is said we need to believe the women. I do believe accusers should be listened to, yes. Respected? Yes. “Believed?” NO, not automatically.
Are there no women in prisons?
Are ALL of them in there because of some guy?
Is greed never a motive for women?
Revenge?
The whole idea of “women MUST be believed” is the opposite of justice. Would we tolerate the same for men? Should we “just believe” Donald? Andrew? Al?
I hear a loud unison chorus saying, “NO,” among those who want true justice.
So let’s roll. Let’s stop rewarding inappropriate behavior and bad actors: full public exposure. Let’s stop rewarding politically convenient hit jobs. Let’s change the dynamic where he who lies constantly and threatens to sue accusers is rewarded. Let’s at least be more respectful when someone’s response isn’t that loathsome, in comparison.
Otherwise, what we have now is simply a politically driven feeding feast for sharks. 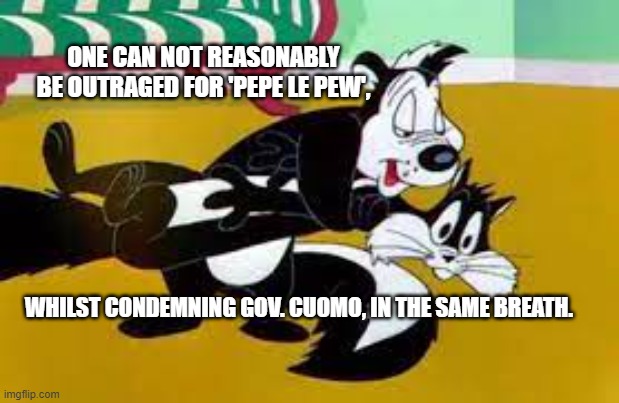