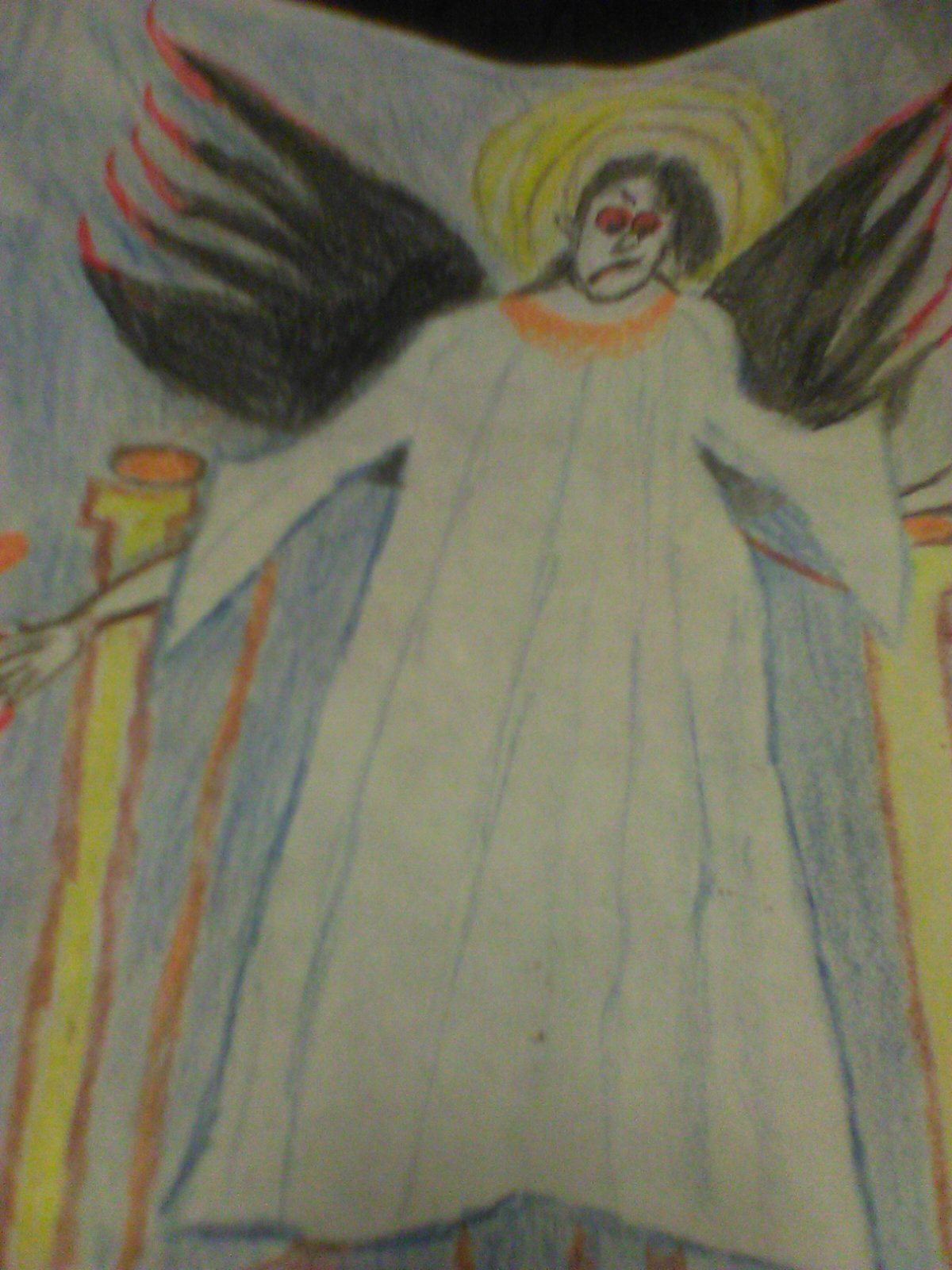 When it comes to actual art, not the arts, I claim to be no Matisse, Bill Carman or Charles Bragg. I think some 5 year olds do better. But I have been having fun playing the part of artist. Coming from a concept artist’s perspective, and since this column was inspired by one of my meager efforts called “Evil Angel,” I thought it fitting to publish it here.

I understand. In the Bible angels are considered a separate race, separate set of beings. Beings that predate humanity: created by God. Guess God was bored. Eternity can do that. One can twiddle one’s eternal omnipotent thumbs only so long

before, “Oh, Hell, I have to do something! Did I just say, ‘Hell?'” Oh, NO!!!
And then, “Oh, crud, now I need angels to balance all that EVIL…”
Then, among the blessed… poof! Evil Angel.
”Oh, CRUD!!!”
I’m joking, of course, though sometimes I do wonder if demons and angels, IF they exist, might be the same beings. I wonder, if there is an afterlife, if it’s all the same place. We make it what it is, just like sometimes we do in life. People are all too talented at creating their own, all too personal, hells.
Evil Angel, in this case, is a metaphor for what is inside us: when our better angels are defeated by convincing ourselves doing evil will eventually be for the greater good.
Enter politics.
When smashing windows, beating police, occupying any building or place; no matter how violently, becomes the goal because it supposedly furthers your cause…
When eliminating the right to vote becomes the goal because it supposedly furthers your political cause…
When making sure all citizens around you know they had better obey your every command, never disagree, never tell the truth that counter lies you’d rather tell… and otherwise you believe without question the greater good is served by being their executioner…
When we appeal to our evil angels it inspires the evil angels in those we disagree with.
Evil angels are like a fast spreading cancer upon humanity. And the more we appeal to them the closer to extermination we get.

In politics some of our inspirations for encouraging humanity’s evil angels would be our tendency to dead end conversations: talk over people, interrupting to the point there’s no conversation, no civility, at all. And then we have our rather cheap and shallow rhetorical devices: what abouts and all the same-isms.
Example: when asked about Putin being a killer Donald Trump said that we kill people too. Duh. My usual response to such inane evasions is… so that makes what they are doing right? If the intent behind what about-isms was to ALSO open up a discussion about what we do; AND what they do, that would be a plus. But it never seems to be that, does it? The intent behind what abouts and all the same-isms is to deflect, let bad behavior slide, and to pave the way for worse behavior.
Hey, considering the horrors of slavery and extermination of the natives, why even think about a huge genocide machine in the 30’s and 40’s? Why stick our nose in their business if it’s all the same? To paraphrase only a little… 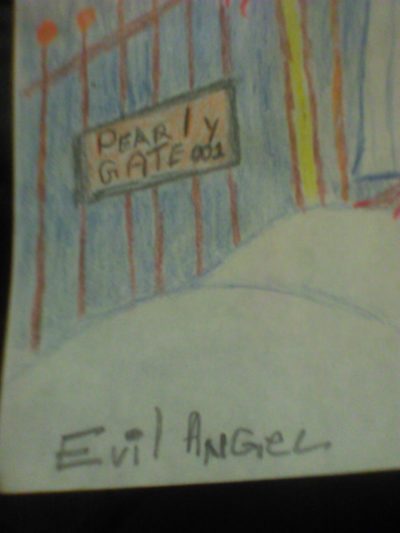 Certainly the whole thing about conquering the world, splitting the spoils with Stalin, must have been some conspiracy theory, “fake news.” Cleaning up our own house will solve that!
History indicates otherwise, including our staying out of WWII way too long. Enabling horrid behavior, encouraging our most evil angels to be more evil.
Better response would be, yes, we need to clean out own house up, but this must stop too. And no way in hell is it exactly the same. The same-ism would put a world domination seeking empire that built a massive murder machine out to exterminate many groups of people in favor of blond, blue eyed “Aryans” in a matter of just a handful of years on the same level as nations that had their own horrors, but not that quickly evolving machine of death.
Here is how same-ism and what about-ism would ‘work’ if it were the 40’s…

“Hitler? Well, what about US exterminating the natives here? So let’s just keep our noses out of them cooking up Jews!”

Hey, world, how do you want your Jews served? Flambéed? Broasted? Broiled?
Point being, once again, one does not justify the other.
But those who keep going there using same-isms and what about-isms sure do seem to want to make that so. Feeding our most evil angels. 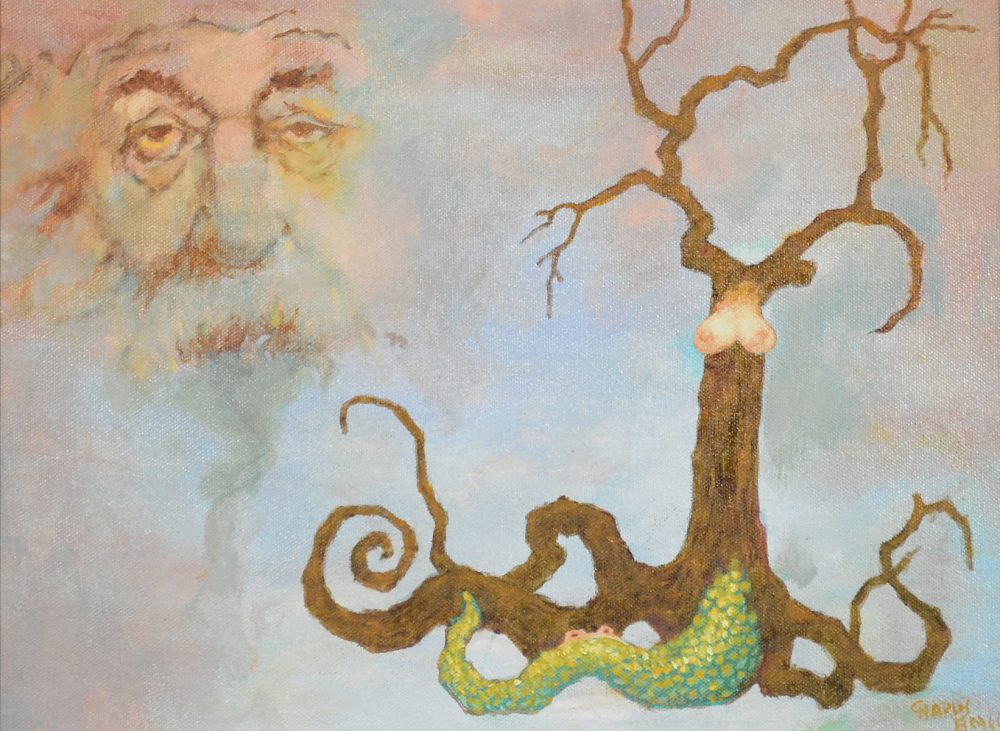 Charles Bragg’s “In the Beginning There Were Mistakes.”