Covid-19 Cases Are Rising Among the Vaccinated. It’s Not Because Vaccines Aren’t Working. 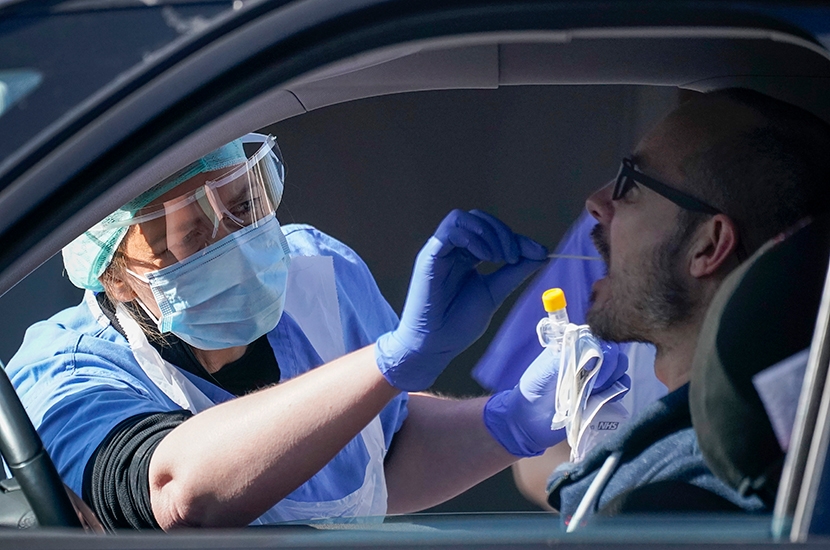 Sir Patrick Vallance, the U.K.’s chief scientific adviser, has announced that 40% of people admitted to hospital with Covid in the U.K. have had two doses of a coronavirus vaccine. At first glance, this rings very serious alarm bells, but it shouldn’t. The vaccines are still working very well.

There are several factors at play that explain why such a high proportion of cases are in the fully vaccinated. 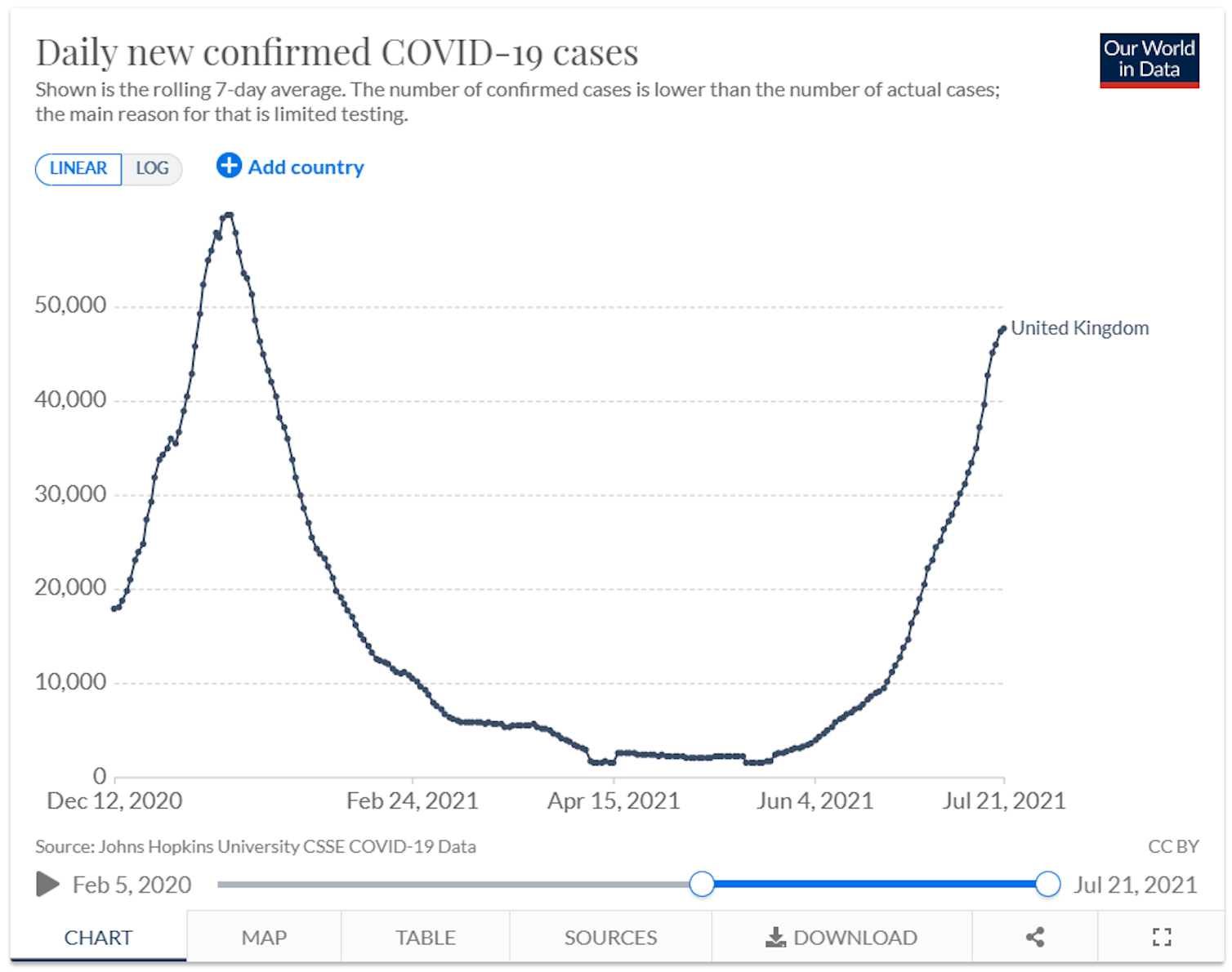 As cases are rising, hospitalizations and deaths are rising too, but not at anywhere near the same level as they were in the winter. In the second half of December 2020—a time when U.K. case rates were similar to what they are now—about 3,800 people were being admitted to hospital with Covid each day. The average now is around 700. So though that’s still higher than we wish it was, it’s a lot lower than it was the last time we had this many infections. 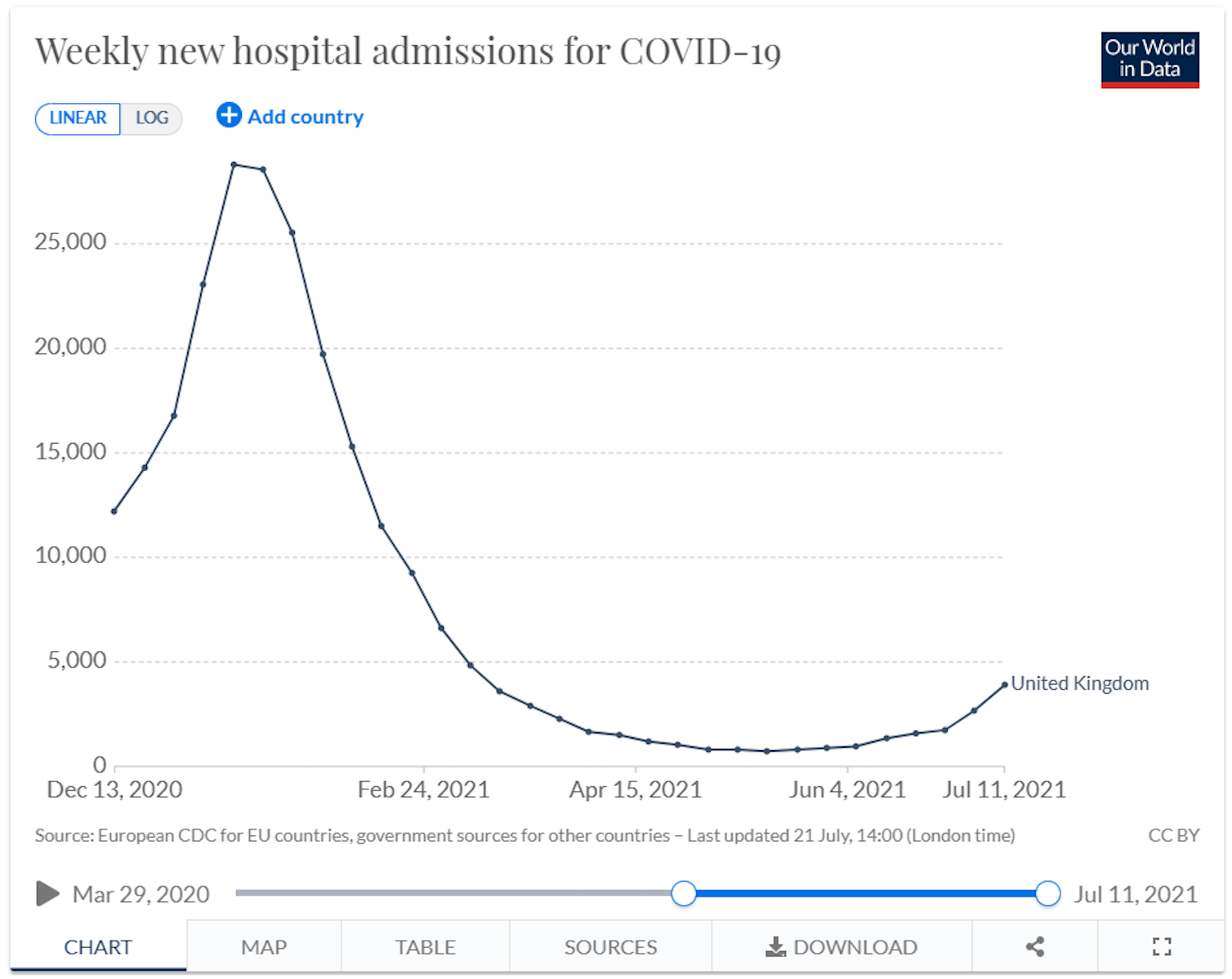 Covid is also growing among the vaccinated because the number of people in the U.K. who have had both doses is continuing to rise. At the time of writing, 88% of U.K. adults have had a first dose and 69% a second. As more and more of the population is vaccinated, the relative proportion of those with Covid who have had both jabs will rise.

If you imagine a hypothetical scenario in which 100% of the population is double vaccinated, then 100% of people with Covid, and in hospital with Covid, will also have had both jabs. As with deaths, this doesn’t mean the vaccine isn’t working. It just means the vaccine rollout is going very well.

We also need to remember that the vaccine rollout in the U.K. has systematically targeted people at the highest risk from Covid. Older people and people with health conditions that make them more vulnerable were the first to get vaccinated. Once vaccinated, these people (including me) are at much lower risk from Covid than they would have been otherwise—but they are still at risk.

Is Covid different in the vaccinated?

The latest data from Public Health England suggests that against the delta variant, which is now dominant in U.K., two doses of any of the vaccines available in Britain are estimated to offer 79% protection against symptomatic Covid and 96% protection against hospitalization.

We don’t have clear estimates yet from Public Health England on the level of protection against death caused by the delta variant—fortunately, this is partly driven by the fact deaths have been relatively low during this third wave in the U.K.

There’s lots we still need to learn about how people with both vaccine doses respond to getting infected with the virus. The U.K.’s Covid Symptom Study is looking at this. One of the key questions that remain is who is at most risk. Emerging data—released in a preprint, so yet to be reviewed by other scientists—suggests people who are overweight or obese, poorer people, and people with health conditions causing frailty seem to be more likely to get infected after having both jabs.

The preprint also suggests that age itself doesn’t seem to affect chances of developing Covid after being vaccinated, nor does having a long-term condition such as asthma, diabetes, or heart disease—but we need more data on this to be sure of these findings.

Generally, the Covid Symptom Study has found that people report the same Covid symptoms whether or not they’ve been vaccinated, but that people who’ve been vaccinated have fewer symptoms over a shorter period of time, suggesting less serious illness. The most commonly reported symptoms in people who had had both doses were headache, runny nose, sneezing, sore throat, and loss of smell.

This work is licensed under a Creative Commons Attribution 4.0 International License

ABOUT AUTHOR
Jamie Hartmann-Boyce works in the Centre for Evidence-Based Medicine, where she is involved in research and teaching, and serves as co-director of the part-time Evidence-Based Healthcare DPhil program.