The Republican Crazy Train: Are We In The Midst Of An Unrecognized Civil War? 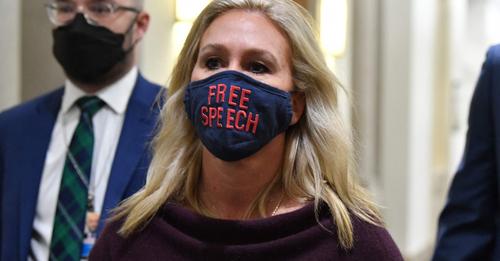 I had an unsettling thought a few days ago. What if people are going about their daily lives as if nothing is unusual, while a silent war is being waged all around them – a war to which they are more or less oblivious?
Sure, most Americans have probably heard of the “culture wars,” or “Infowars” (https://www.washingtonpost.com/…/why-is-gop-waging…/). Yet, what if our Democracy, and our system of government, were under attack by a formidable army of well-monied crazies? (And it is, in my opinion.) What if we were in a stage equivalent to the pre-civil war 1850s, in a period of political squabbling, but unaware that the nation was close to practically burning down? (An apt analogy, given the current situation with global warming driven wildfires)
What if a group of well-connected people were secretly plotting to help the former president stage a coup and steal an election, as recent documents have revealed? (Fortunately, too few of Trump’s associates, and key institutions such as the military, were willing to participate, to give it a viable chance of succeeding.)
Let’s face it: A lot of these people are crazy, power-mad people, and Donald Trump in particular will not stop trying to upend the system as long as he is able to. The sooner we face these realities, the better.
Culture wars deal with social issues such as abortion, critical race theory, gay rights, and so on. They are largely not economic issues per se, although the Washington Post article that I linked, contends that Republican politicians are driving these debates because they are good for their campaign cash flows. I agree with that, and it seems clear to me that conservatives are weaponizing the debates over these issues. For progressives, these are moral causes and movements; for conservatives, these issues are rallying cries for combat with the left; they represent threats to their “values” and “way of life.”
Perhaps what is really happening in our culture, however, goes far beyond what are seen as the “culture wars.” Perhaps it is economic more than a matter of social justice and peoples’ rights. After all, as I have mentioned in the past, it is impossible to truly have social justice without economic justice. We can all be equally oppressed and impoverished on the less-than-a-living-wage minimum wage together, and that would not be social justice, but that is what we would have in the autocracy of the billionaire class that some want to make a reality.
This is bigger than Donald Trump too. He could drop dead tomorrow, but the forces of financial autocracy would still exist and continue trying to drive our nation – and our entire world – into a new state of feudalism. Trump is just the figure around which these forces rally. And it really is crazy, that people have such ambitions for whatever hopelessly self-centered reasons, and that so many people who stand to lose in a myriad of different ways, support these policies. The Republican Crazy Train rolls onward.
I am grateful that more and more people are gaining an increasing awareness of these realities, although I am cognizant that it is a result of the worsening situation. The worse it gets, the more alarmed by the problem people become. This is akin to the theory of stress response, when people go into the “alarm phase,” as well as the function of negative emotion, which alerts us to problems and compels us to attempt to fix those problems. The problem with that, is, fixing the problem occupies all of our resources, causes great stress, prevents happiness, and retards the progress that could otherwise occur.
Whether we call it a “civil war” or not, we are clearly facing a challenge to the future of our democracy and our nation. We need to all be aware of the autocratic, anti-democratic nature of the modern Republican Party, and ultimately defeat them so soundly that they will have no chance of making a comeback. And on the second front of this political war, we need to make whatever progress in terms of policy that we can. When people see that progressive ideas work, everybody will want more of them.