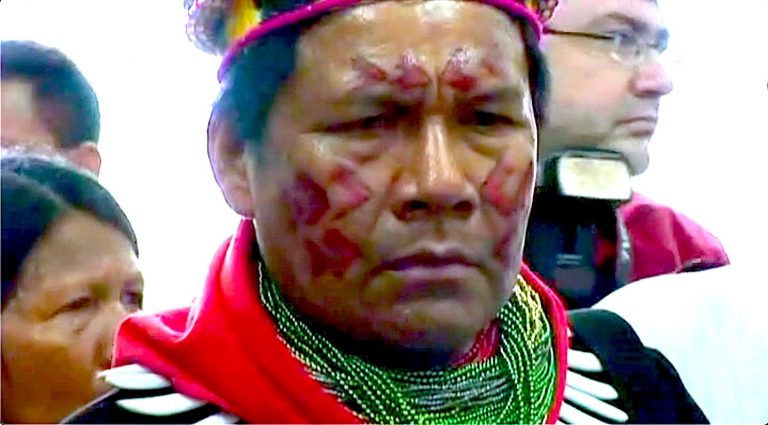 Look at his face. Emergildo Criollo, Chief of the Cofan people of the Amazon in Ecuador. Determined, dignified, in war paint, bare-chested.

It was back in 2007, when I found him in his thatched stilt home in the rainforest. Criollo told me his 5-year-old son had jumped into a swimming hole, covered with an enticing shine. The shine was oil sludge, illegally dumped. His son came up vomiting blood, then dropped dead in the Chief’s arms.

I followed him to the courthouse in the dusty roustabout town of Lago Agrio (Bitter Lake) where, with a sheaf of papers, Criollo sought justice for his son.

Behind Criollo, the court clerks, in their white shirts and ties, were giggling and grinning at each other, nodding toward this “indio” painted up and half naked, thinking he can file a suit against a giant. A giant named Chevron.