Sooner or later we’ll shift to evil, dangerous, mean, cruel, bully, tyrant… we’re getting there already. Socialist is like the overdone, thick, frosting on the cake; just like fascist has been for the left.
I am not really writing about content here. Why? Because increasingly politics has become content-less. Political moments are like one of those Hallmark Christmas movies. You realize you’ve seen this before, even many of the same actors, they just shifted the scenery. Likewise, in politics, they just remove the sparse number of words that target whomever the speaker or poster wishes to target and you get, “Blah, blah, blah, STUPID. Blah, blah, blah, Socialist. Blah, blah, blah, Nazi.”
Ever play that game as kids called Mad Libs? Yeah, I get there’s another right wing talking point there. Are you on the left? Just call it Mad Cons, with the emphasis on “con.” Just fill in the spaces to target any group, or person, and you’re off to the rhetorical races headed towards the goal: relative meaninglessness.
I get so bored. You should be bored too. If I wanted insults I would have put Don Rickles on my Frankenstein table, raised his cold corpse up through the roof, let lightning do its job, and we’d get an actual master of insults. But… not my kind of humor, most of the time.
Ever see a TV show or movie so predictable you walk out, or miss most of it because you’re so bored you’re texting, talking, focusing on picking your nose better? Yeah, “GROSS!” Not as gross as what passes for talking points and framing these days. Too easy, and anyone can do it… POORLY.
If we’re not going to have intelligent, respectful discussions and debates, kind of like the old Firing Line, let’s at least have great improv. I’d prefer the first, but at least improv would be marginally better as far as entertaining goes. Get away from the cliched talking points. Get away from the insulating framing that actually insults those who rely on it.
Some people are great at it. Some truly suck. I won’t go into who: I think you know. OK, one example. You can tell when they’re really bad because they keep saying the opposite of what they intend. Like “Pocahontas” rather than “Fauxcohontas.” The last is a clever insult based on a politician not having the heritage she claimed to have. (She actually did, just less than she was told as a kid.) The first actually compliments the target. Pocahontas was brave. Despite being kidnapped and raped by Englishmen, she still helped the good ones and eventually married one.
This is not a left or right thing. Just watch Facebook feeds. Predictable: Joe is stupid. Before that Trump is stupid.
If we can’t have honest, respectful, discussion and debate, why can’t we at least have more Robin Williams quality improv?
If we can’t have serious, adult, discussions… if it must be entertaining instead of informative… it might as well be more like Robin Williams improv than a Hallmark Christmas movie with the same actors in slightly different situations, and damn near the same lines that just flip according to who is in power.
Of course, as I have argued for a long time, I’d rather have more Buckleys, Sanders, George Wills, Buttigiegs… you may disagree with my choices here but that too distracts from my point… than any of this all for show insult-based showmanship. 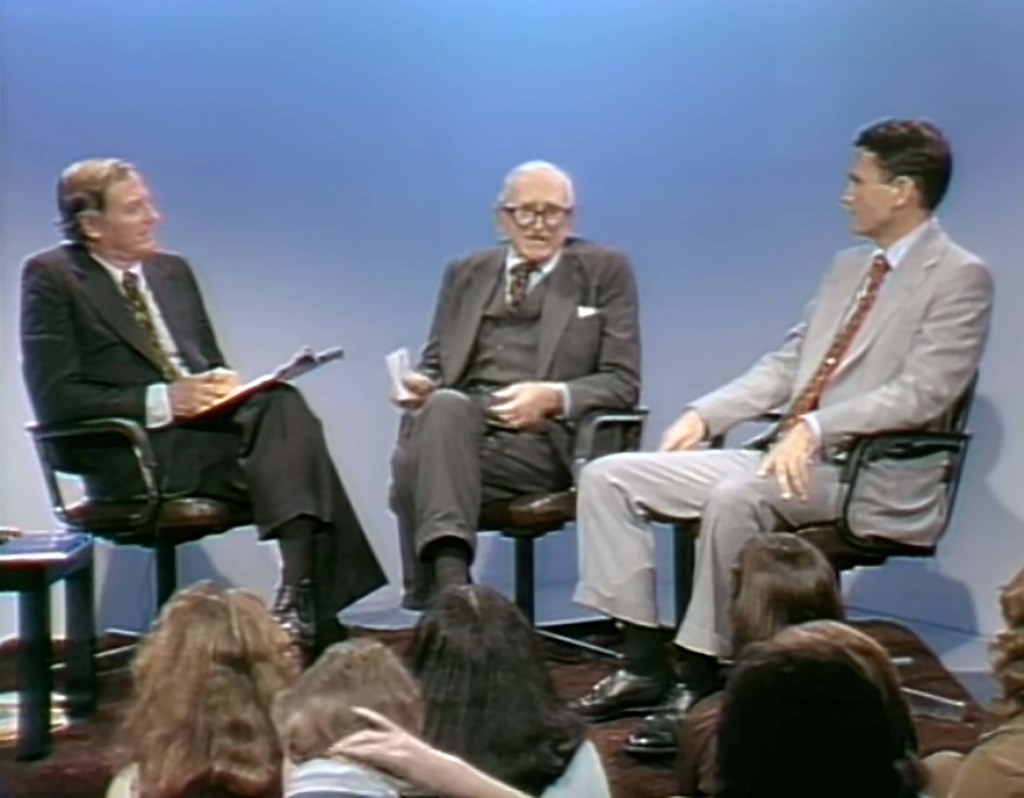