The Republican Crazy Train: Republican Jesus is Having a Difficult Time 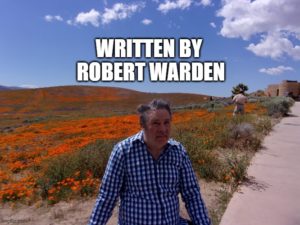 As mentioned in my post from September 8, I feel that racism has been strongly conflated with evangelical Christianity, although that topic was not directly addressed in any of the sources that I found for that post.
As it happens, such a source was in my newsfeed today – an article entitled “The Unmaking of the White Christian Worldview,” by Robert P. Jones (https://www.msn.com/…/the-unmaking-of-the…/ar-AAOWWJr…).
In my earlier post, I reasoned that despite contradicting basic Christian values, the racism manifested by the Republican Party was a natural fit for racially anxious, White Christians. Such Republican Strategies as “The Southern Strategy,” stoking racial anxiety by invoking “The Great Replacement Theory,” or misinterpreting “Critical Race Theory,” in order to demean it, all fit this pattern. The article by Robert P. Jones, who was raised a White Southern Baptist in Jackson, Mississippi, discusses and explicates these issues.
In the article, Jones discusses how he was raised to think of Jesus as being similar to people like himself – a White savior of a White culture which was superior to all others.
Thus, other worldviews were less worthy of serious consideration, or lofty positions of power, according to their thinking, which still persists among many to this day. However, Jones also points out that the percentage of White evangelical Protestants in the United States is falling precipitously, having fallen from about 25% of the population just a decade ago, to 14.5% in the latest polls – and thus the title “The Unmaking of the White Christian Worldview.”
Among the shrinking demographic which still adheres to this worldview, Jones argues, there now exists a kind of mass psychosis which has tethered it to “fealty Donald Trump, wild-eyed rants about vaccines, faith in Q-Anon conspiracy theories, and hysteria over critical race theory,” in what Jones calls a “volatile cocktail.” In addition, the majority of White evangelical Christians (61%) think that Donald Trump won the 2020 election.
I think the craziness of all of this helps explain why this demographic is shrinking. After all, it takes a special kind of stupid to believe in all of this nonsense, and simultaneously fail to notice any contradictions. A topic that I have recently commented on, is how so many conservatives can believe contradictory things, without experiencing cognitive dissonance.
It is my view that the dominance of their belief systems overwhelms any critical thinking processes which might otherwise be invoked. Thus, they compartmentalize different specific beliefs within the larger framework, as being totally separate, and therefore not contradictory to each other, nor to factual evidence from science, polling, et cetera. Since “God is perfect,” their belief system must be without flaws, in their thinking; thus, they rationalize that everything they believe must be true. Different aspects of their worldview – despite apparently being contradictory — just represent different parts of an omnipotent God’s knowledge that mere humans cannot fully comprehend. I have actually heard this argument be made on various occasions by devout Christians.
However, the flip side of the shrinking demographic, is that they are still a very powerful political faction, and one that is increasingly desperate in its attempts to hang onto and even increase its power, much as cults tend to draw their members ever deeper into the dark corners of their demented little worlds. While cracks in the edifice they have built, may let enough light through to reach some of these right-wing cultists, the “true believers” are becoming all the more obstinate. They think that “God’s kingdom,” (as they perceive it), will ultimately triumph. Thus, a kind of “mass psychosis” (or something resembling that) has now taken hold of this population, resulting in the above mentioned “volatile cocktail” of political beliefs that threatens our democratic institutions, and frankly, our progress as a society.
Jones suggests that the solution to this crisis lies in separating being White from being Christian. I concur, and although I think it may be too late for many White evangelicals to change their worldview – especially among the older generations – I think that a new, more fair-minded and enlightened form of spirituality can and should become prevalent among the younger generations to whom the future belongs. Meanwhile, the current craziness among White, right-wing evangelicals is likely to collapse from the weight of their own delusions.