Posted on October 7, 2021 by Ken Carman Leave a comment 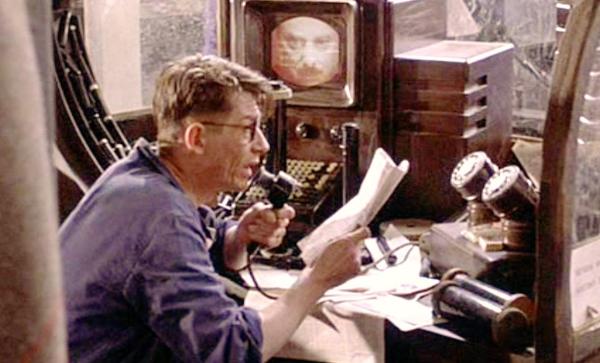 Very basic definitions. There are various forms of Socialism.
So I was surprised when I started looking into socialist countries on the web and found Communist states listed as Socialist. No explanation. I found the true definitions pretty much absent. Countries that are Democratic Socialist pretty much not listed, or the wrong ones.
Are you suspicious?
Yup, so am I.
The big offender: probably because they are reader edited, is Wikipedia, but other sites do the same. Seems these definitions are being shoved down the memory hole by those who wish to conflate Socialism with Communism.
There IS a difference.
Would it surprise you that the U.S. is partially Socialist? Using a wider definition of “means of production;” fire departments, those who build our roads, police, even some power companies, are part of the commons. Many of those that aren’t are highly regulated are state approved monopolies. Who wants 14 power companies with 14 different poles, 14X the number of wires? Or the fire department closest to you refusing to put out your fire because you’re not their customer?
Some of that last one may change with the ability to go wireless, or not. For example: the move to cell phone tech started that years ago when it comes to phone, after the break up of Ma Bell. I imagine power will go the same way, something Tesla worked on and dreamed of.
The question being do we want the government to make our shoes? Of course not. Do we want all of that passed onto the Chinese, Vietnam, Burma, India? Of course not. This is where regs come in, and it could be as simple as heavily taxing those who try to offshore, while giving breaks to those want to produce goods and services locally, in the US. With US labor.
Again: a wider definition of “the commons.” Making it advantageous to hire our citizens at a living wage with benefits should be the goal, not tossing people out of work and giving industries over to nations who are deep into slave labor, prison labor. Please remember: some of those nation’s prison laborers aren’t just murderers and thieves. Too many are political prisoners, sometimes locked in with murderers and thieves.
Do YOU want to support that?
I don’t.
Going back to Socialism, vs Communism, vs. Capitalism, I believe the definitions have been edited to exclude the real definitions by partisan hacks. There are working Socialist states where there is plenty of freedom, but partisans want to focus in on the failed model better known as Communism, and those close to that. Venezuela comes to mind. They don’t want to mention that Denmark has somewhat of a socialist economy: as in regulations and “planned.” I know their conservative-right prime minister (Lars Løkke Rasmussen) said it is NOT socialist. But Denmark scrapped their American-style welfare system, over 60 years ago, and substituted universal services, which means everyone—rich and poor—gets free higher education, free medical services, free eldercare.
How Socialist is that?

Isn’t this what gets the screaming accusatory cries of “SOCIALISM” spewing from the right these days when suggested? (And, as usual, no discussion, just name calling and accusations.)
You can tell how right wingers conflate Socialism and Communism by what Lars Løkke Rasmussen said next, that Denmark wasn’t Socialist because it has a “market economy.” Many Socialist countries DO have a market economy. It’s just regulated, and some of the means of production (for example: higher education, medical services, eldercare) are controlled by the state.
Another attempt to conflate Communism with Socialism. Yes, Communists use the term, just like countries actually controlled by tyrants and oligarchs use “Republic,” “free” and “elections.” (“Democratic Republic of Vietnam,” anyone?) We all know what “elections” mean in places like Russia where Putin decides which parties can run candidates, or Saddam’s Iraq, or…
So don’t be fooled by this 1984-ish attempt to shove the true definitions of “Socialism” and “Communism” down the memory hole.

Any other base definitions are attempts to fool you and create division.