Polls, Polls, the Musical Fruit the More You Pay the More They Toot

Posted on October 16, 2021 by Richard Romine Leave a comment 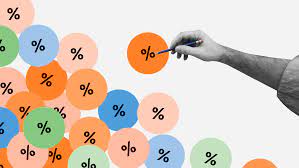 I get a general feeling that anything privately owned or sponsored reflects the owners. Polls are no different. As long as you make sure that you have a bought and paid-for poll saying what you want, you can ignore the others. This is from FAIR and today I want to discuss the “Red Herring” argument used by so many to shape public opinion. I will soon write one on the system of polling itself.
.

Washington Post columnist Henry Olsen (9/30/21) says that Sen. Joe Manchin “correctly reads public opinion.” That’s more than you can say for Henry Olsen.
Washington Post columnist Henry Olsen (9/30/21) lauded Sen. Joe Manchin’s opposition to the $3.5 trillion reconciliation package being considered by Congress, because Manchin “correctly reads public opinion.”That opinion, Olsen asserted, does not support the “radical change” that the reconciliation package, known as the Build Back Better bill, entails.
.
His assertion is contradicted by his own newspaper’s poll, conducted with ABC News (8/29/21-9/1/21), which reported that Americans support the reconciliation package 53% to 41%.
That finding was similar to several other polls, as shown below.

Pew
(9/13-19/21) A proposed reconciliation package contains about $3.5 trillion in funding over the next ten years for universal pre-K education, expanding Medicare, reducing carbon emissions, and other projects. From what you’ve seen and heard, do you favor or oppose this package?
49
25
26

Fox News (9/12-15/21)
Do you favor or oppose the bill being considered by the US House that would allocate an additional three and a half trillion dollars toward infrastructure, including spending to address climate change, healthcare and childcare?
56
39
5

WP/ABC
(8/29/21-9/1/21) From what you’ve heard or read about it, do you support or oppose the federal government spending three and a half trillion dollars on new or expanded social programs, educational assistance, and programs to address climate change?
53
41
6

Suffolk University/ USA Today
(8/19-23/21) As you may know, Congress is considering a $3.5 trillion bill intended to fund prekindergarten, community college tuition, expanded Medicare benefits, clean energy and other “soft” infrastructure. Do you support or oppose this bill?
52
39
9

The margins in favor of the reconciliation package vary from a low of 12 points in the WP/ABC poll, to 24 points in the Pew poll. (Pew finds a larger “unsure” percentage, because, unlike other polls, it does not press that group to make a decision.)
Overall, the picture is uniformly favorable toward the bill. Wrote Gallup’s Frank Newport (8/13/21) in a review of public opinion: “Existing survey evidence shows majority support for the new bill, and this level of support appears to be fairly robust across samples and ways of asking about it.”
But the paid shills of the Cons lie, distort and do their best to discourage, make us feel helpless and ready to give in to them. That’s his job. This is exactly how they play the game. Cherry pick, lie, distort that is the game.