Inspection- “When Do We Start Killing People?” 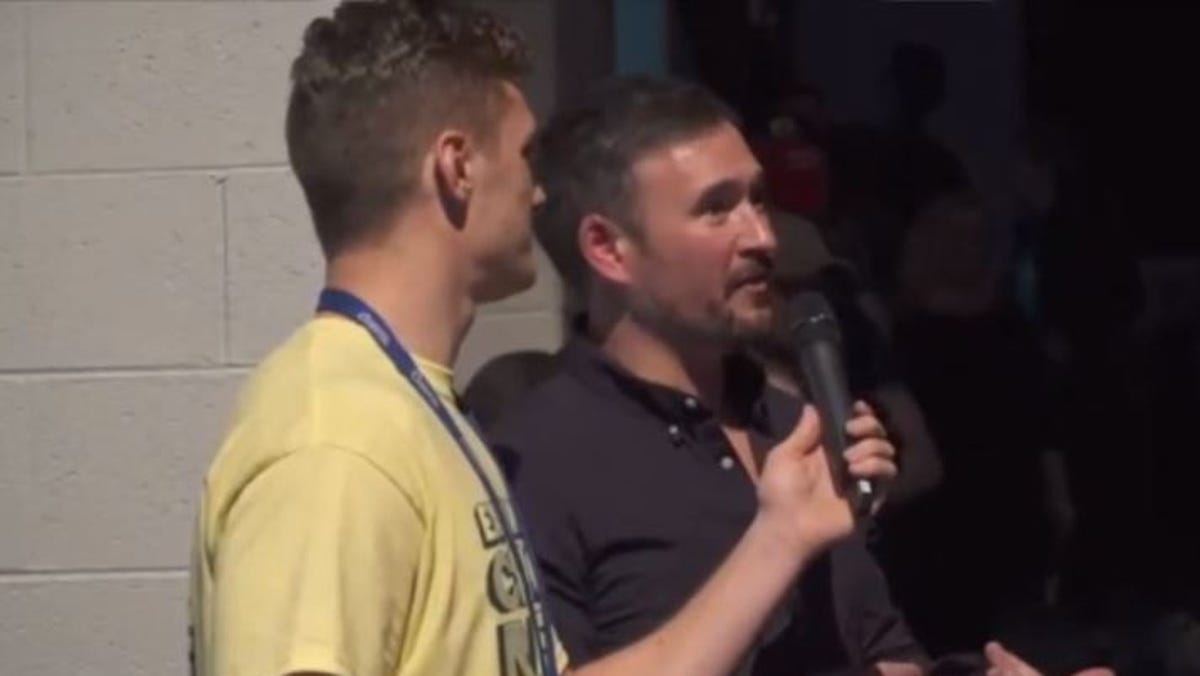 Why is it no one seems to see what I see: a lot of connecting dots leading to an American mass killing field?
The horrifying moment that arose at a Trump rally should have REPUBLICANS, and one would hope even Trump supporters, pausing and saying we REALLY HAVE GONE TOO FAR. Hasn’t happened. On the… bright(?)… side Charlie Kirk, co-founder and president of Turning Point Action, tried to get the supporter; who asked when do we stop letting them

steal election, to back off on his open question-based promotion of mass murder. Yet, even HOW he did that raises a hell of a lot of questions. He told the supporter to not to fall into our trap.
Let me see if I can fathom the lack of reasoning here… we have set a “trap” because we want people to start murdering us. Perfectly unreasonable assumption.
And then we also must ask “keep stealing elections?” You mean when the Supremes took it away from Gore and stopped the count before it was even finished, unlike the current state of affairs where constant recounts is THE standard and even skewed Cyber Ninjas give more votes to Biden?
And why is it I think they are just blood thirsty and, when they can’t get what they want, they want the right to commit mass murder?
You know like they want the “right” to stalk a black teen in the dark with a weapon their neighborhood watch rules say they shouldn’t have, shouldn’t get out of their car, then murder that boy because black boys stalked in the dark have no right to stand THEIR ground?
You know, like they want the “right” to run over protesters they don’t like.
You know, like they want the “right” to “stand their ground” when there’s no threat at all, but all they have to do is SAY they perceive one?
What incredibly high standard, he types sarcastically.
There’s a hell of a lot of this showing just how bad its been getting over the years, how we got to an insurrection, how blue lives matter until they don’t, how anything justifies them murdering any damn person they want, but we can’t do shit about it.
Bear in mind this didn’t start with that administration. It goes back way before a president was belittled for trying to make nice between a professor and the policeman who out to him for going into his own house. Why have that when the blood thirst could have been satisfied with murdering the prof?
Writing this column has become an exercise in keeping up with how bad they are getting.
My point here is the “when to we get” to commit mass murder question is so much an even deeper a dive into blood drenched insanity we should wake the hell up before that applauding audience, and like minded MAGAS, start actually enthusiastically doing this. And Trump appointed judges try to find some way to make it open season so MAGAS can commit mass murder. Charlie Kirk already tried to frame it as if we are trying to get them to kill us. You know, like the Jews did mass genocide to themselves?
We are that much closer to extermination.
And the Reich Wing wonders why someone like yours truly uses “Reich Wing.”
The major difference between Nazis and that is Hitler at least tried to hide it, make it the official story that Jews were just being send east and away from the Empire. In comparison at least he pretended to have the slightest hint of a conscience.