‘When do we get to use the guns?’ Should the Police Be Able to Take That Guy’s Guns.” 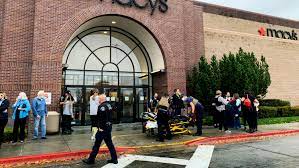 On Monday, a gun-crazed man in his late 20s, a felon who nonetheless regularly carried firearms, opened fire at a shopping mall in Boise. For good reason, most people were paying close attention to that — to the two people who tragically died and to the four others who were wounded. But only 20 miles away and a few hours later, something else was happening. We should pay close attention to it, too. While police were still clearing stores at Boise Towne Square, some attendees at a rally held by Turning Points USA in Nampa were discussing terrorism.