The Republican Crazy Train: The Straw Man Arguments of Conservatives 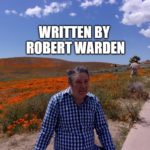 Have you ever heard other people talking about you, but it seems like they are talking about somebody else? I certainly have. If so, does it happen to you often? There are times

when it happens to me a lot, especially when engaging with conservatives (or sometimes obstinate progressive “purists”). 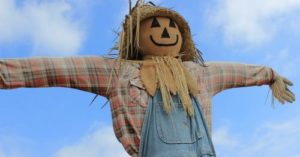 Such mischaracterizations are part of a pattern of political discourse known as “Straw Man Arguments.” Such a form of argumentation also happens in other contexts, including personal relationship contexts, but for those of us who are politically active, it takes place most commonly during political argumentation, and most commonly is committed by deluded right-wing types.
Here is the definition of Straw Man Arguments, from ThoughtCo (https://www.thoughtco.com/straw-man-fallacy-1692144): “The straw man is a fallacy in which an opponent’s argument is overstated or misrepresented in order to be more easily attacked or refuted. The technique often takes quotes out of context or, more often, incorrectly paraphrases or summarizes an opponent’s position. Then after “defeating” the position, the attacker claims to have beaten the real thing.”
Of course, this often entails mischaracterizing the person who is being argued with, as well. Strangely, I recently came across an article which reported research, published in 2012 as I recall, that claimed to find that conservatives understand liberals better than liberals understand conservatives. If that was true at the time, it shows how far down the right-wing path of delusion, conservatives have gone in the relatively short 10 years or so since then. However, it could also be the case that: A. Liberals are more honest and thus easier to “read,” then are conservatives, and/or B. Conservatives are simply lying when they put forward their Straw Man Arguments, and actually know better.

However, on a day when Paul Gosar has been censored for posting a video game showing him killing Alexandria Ocasio-Cortez, and attacking Joe Biden, I am inclined to think that we have gotten to a point where right-wing delusions are so prevalent that most of them are truly too far out of touch with reality, to understand the positions of liberals/progressives. Note that only two Republicans (Cheney and Kinzinger, predictably), voted to censure Gosar, along with one abstention by a Republican. This video portrayal, in a sense, literally depicts the creation and destruction of a “straw woman” and a “straw man” by Gosar (which is why I chose this topic to post about today).

In any case, it seems to me – although admittedly based on informal observations – that Republicans engage in more Straw Man argumentation overall than do Democrats, while it is definitely something that either side may do on occasion. In the article cited, both political examples given were committed in fact by Republicans. One example was a smear of John McCain during the Republican primaries by mischaracterizing his position on stem cell research. The other example, not surprisingly, was by Donald Trump. The article cites Trump’s false claims in 2016 that Hillary Clinton was for open borders.
While the use of Straw Man Arguments is not necessarily “crazy,” or even delusional (if the person is lying) in any sense of the word, it is a method which certainly lends itself to the creation of ever more delusional and even downright crazy world views. From that standpoint, I think we can understand why this form of argumentation is more common on the political right than the left. Also, the desperation of conservatives to “win arguments” and “own the libs,” contributes to their motivation to engage in Straw Man Arguments.
What can we do about Straw Man Arguments? The solution is fairly simple, although it might not change the minds of those who are committed to believing otherwise. When others, such as politicians, have their positions on issues mischaracterized, we need to correct them, and stand our ground based on the facts regarding the issue. When we find ourselves being mischaracterized, similarly, we need to correct the person who is doing the mischaracterization, and simply be honest and consistent. Be yourself, and let your thoughts and feelings be known to others, so that if somebody says otherwise, that person can always be corrected.