This is a straight copy ‘n’ paste from my Facebook page but I thought it should be said here, too…

I may not know much but I KNOW Donald Trump.

I started studying him after seeing his first major interview, with NBC’s Tom Brokaw on the Today Show on August 21, 1980. I was fascinated and repelled. He was the exact distillation of American greed and and corruption was brazenly unapologetic about it. He was, even then, smarmy and ingratiating to anyone he perceived as a step on his ladder up and completely dismissive to those below him…and oblivious and openly, if subtly, contemptuous of anyone brown or black.

I also know this post was prompted by a FB friend, just this morning. In watching Trump’s family grow, I’ve seen increasingly that the Trumps have become The Beverly Hillbillies, albeit with dumber accents. That is not a casual comparison. Donald as Jed, Don Jr. as Jethro, Ivanka as Ellie May, Eric as…I dunno, Jethro’s idiot brother, Cletus, and a succession of Grannies, most notably Kelly Ann Conway or her male doppleganger, Jeff Sessions, who even looks like a (slightly) younger Granny. All this, of course, minus 100% of the charm and humor and personal appeal of the originals. END_OF_DOCUMENT_TOKEN_TO_BE_REPLACED

My Suggestions for Election and DC Reforms: Civility…with a Vengeance

1. Remove tax-exempt status from all churches with congregations over 200.

2. Do away with the Electoral College. Land doesn’t vote, people do.

3. Establish filing rules that REQUIRE a complete psychological evaluation before anyone is allowed to run. NO exceptions.

4. Make it possible to investigate and prosecute a sitting president who is credibly indicted for a crime or sedition or treason.

5. Rewrite Article 25 of the Constitution to make it easier and faster to remove an office holder who exhibits mental instability or is convicted of a crime.

A Confederacy of Brats: The Great American Tantrum 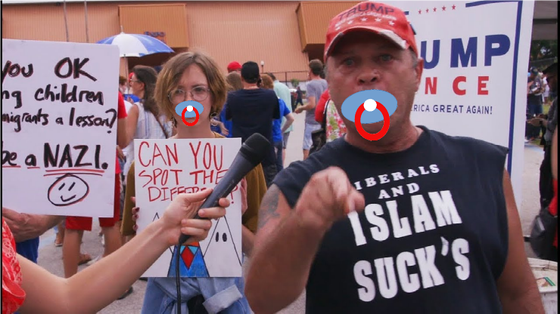 I recently wrote another post here explaining what I have become convinced is behind the stunning wave of irrationality and virtual insanity of that portion of American society loosely affiliated with Donald Trump, radical conservatism, and de facto white supremacist resurgence.

In a nutshell, I traced the roots of the mass break with reality back to several successive generations of children raised without the traditional message that Life Is Not Fair and that no one is entitled to anything out of daily life in the USA. They have come to their majorities – many of then over 50, by now – with the idea that whatever they believe is true just because they say it is, whether it is based on any sort of facts or logic or simply made up to refute facts that find objectionable or inconvenient. They feel entitled to have America Their Way, and the rest of us be damned. END_OF_DOCUMENT_TOKEN_TO_BE_REPLACED

The Diaper Chronicles: Sirota and the Physicians 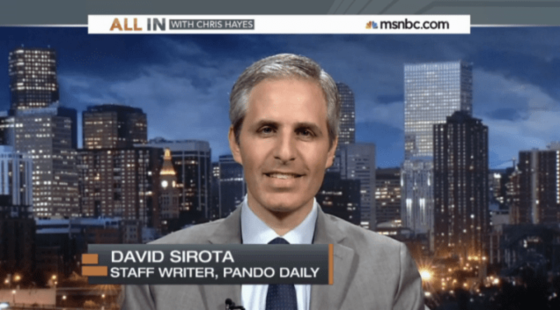 I’ve always has writer friends and some were not “just” beverage writers. Some were newspaper reporters. There were authors and poets and essayists and even guys who wrote greeting cards.

But, for the first time ever, I “met” and befriended a political reporter and investigative journalist – on Facebook, in that virtual way we “meet” people, nowadays – when David Sirota, a Colorado-based writer, analyst, and on-air commentator for CNBC, NPR, and several other channels and contributor to The Huffington Post, The Nation, and The American Prospect, somehow started following me on Twitter. David is a craft beer fan and I guess he read something of mine that he liked. At any rate, back then, he was working as a journalist and routinely rattling the cages of the rich and the nakedly manipulative, so I started reading him. He now operates a vital, unconquerable renegade investigative journalism network called “TMI”, a new, independent project that has already had a major impact on the Democratic campaign of Joe Biden. (To find out more, click here: https://sirota.substack.com/)

The Traitor in The House on Pennsylvania Avenue

This is not up for debate, so I probably won’t even allow comments. But, make no mistake about it, it is all true and needs to be said…

It has now become glaringly obvious – because he is either too fucking dumb to realize it or has simply ceased to expend the effort to hide it – that Donald Trump is knowingly and willfully working for Vladimir Putin and deliberately acting to destabilize the United States and allow Putin to eventually exploit that and gain influence or even just outright take over this country.