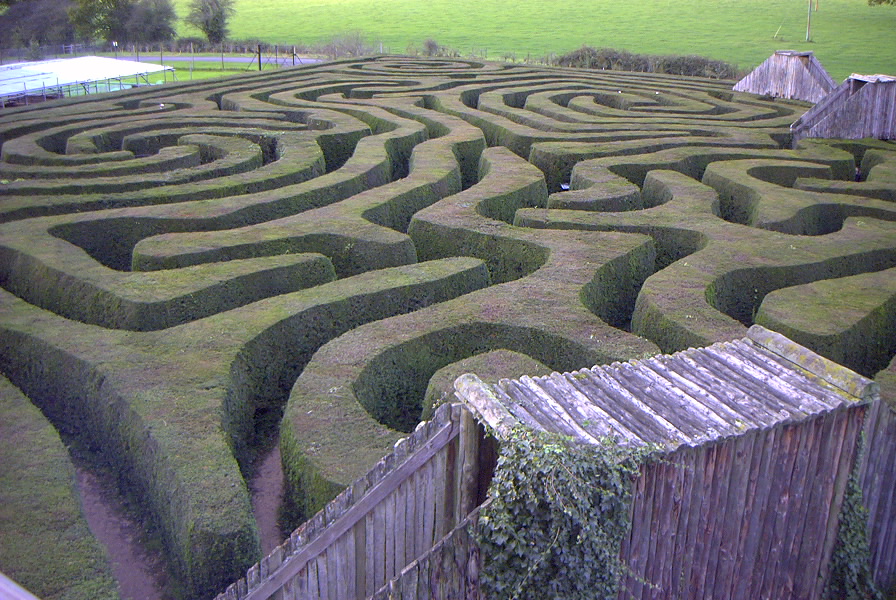 So many different kinds of love.
It seeks us out from the smiles of our parents and relatives.
Even before we really remember there are hints of love.
The soft murmurings as we grow from an embryo…
Then the voices of encouragement as we reach out and try to understand those surrounding our crib, then our bed as we emerge
and grow with increasing awareness.

Friendships that we cultivate carefully, taking chances and then shrinking back as love hurts.
Sometimes we can become so wary that we fail to understand the true nature of love… It means risking being hurt.
Family ties that should be there infused with love, hurt so much when they fall short. Or even worse…
And yet love cannot happen… will not shine bright without holding our heart in suspense, giving love that chance to bloom.

And romantic love can be the most rewarding of all.
It can reach out and touch us in the most funny and poignant ways.
This kind of love can start slowly and build to a crescendo.
Or can start intensely and continue to bloom, seem to fade and bloom again… this time even stronger or with an increasing level of depth.
If… and when we let the tendrils of love take us unaware and show us its many wandering paths and avenues. We can drink deep of the sweet nectar of love.

And when the full bloom of love occurs, whether romantic, family or friendship, it can be so sweet… it risks overwhelming intoxication.
So take time to reflect every day…
Taking the risk… taking that chance… those chances
That will allow love to take seed…
Even from the weakest starts… the shakiest roots that despite the weeds or the rocks… somehow continue to find its way through the feltergarb and through the maze… And take us completely unaware with the strength and endurance of loves magic. 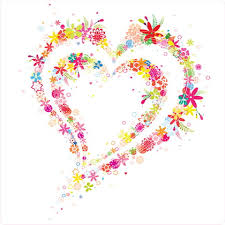 The Hooker and the Pearl-Gray Luxury Car

The pearl-gray luxury car circled the block a few times. The girls on the street had already concluded it wasn’t a cop, as the driver had refused a couple of invitations if it had been a cop, he wouldn’t have been so choosy, any quick bust would have been fine.

But who was this guy? Middle-aged, thinning hair on top with a little gray on the sides, and a pair of brown square-frame glasses, just circling the block looking at the girls. One girl whispered to another that perhaps he was some weirdo street radars went up: keep an eye on the pearl-gray luxury car.

The block was actually several blocks, and the girls hid in the doorways when the police cruisers occasionally plowed by. It was a game: the cops knew very well that this was hooker turf after eleven at night and they could pull them all in, but why bother with the paperwork, unless some citizen complained? They’d all be out here the next night anyway. As long as the cops didn’t catch them actively soliciting, or any sexual acts conducted in public, they usually left the girls alone some even indulged on the way home from a shift, although in civilian clothes. But that was the regular uniformed guys plainclothes vice detectives sometimes trolled around and cracked some working girl just to add a quick scalp to their arrest record, but they were easy to spot either dressed up too wild or too loud and obnoxious. They emitted clues to their true identity like flop sweat.

But the guy in the pearl-gray luxury car didn’t give off any such clues. If nothing else, no plainclothes cop would be driving around in such a nice ride they always drove dull-colored Fords and Chevy’s. He circled again, and one of the girls said aloud she hoped a police car would come by this guy is creepy, maybe the cops would scare him off.

Then, on the fifth circuit, he finally pulled to the curb. Out of the shadows emerged a thin white girl with long straight brown hair. None of the girls knew her well she was a newcomer and kind of aloof. If it had been one of the regulars, they might have warned her, but this girl was arrogant and didn’t respond to their friendly overtures, so let her take care of herself. Still, they kept an eye out anyway, just out of habit, as she got into the pearl-gray luxury car and it turned the corner into the darkness of a side street.

Inside the car, the girl asked, “Looking for a date?”

The driver, clearly embarrassed, replied in a mumble, “Well, yes, but it’s really not for me.”

Her eyebrows descended in a frown. “What are you talking about?”

“I hope you can understand this,” he said, pulling the car over in front of an alleyway and shutting off the engine, “See, my son is 19 and he’s uh somewhat autistic, but he’s not crazy or anything like that. He’s discovered sex and he’s fixated on this woman he can never have, and he’s a virgin. It’s been hard to get him to focus on anything other than sex lately and I thought, well, why not just let him have sex and maybe he can get over it and we can get back to his education. He was doing well before this, uh, obsession with sex started.”

“So, you’re trying to get your son laid?” She relaxed a little, but still kept her finger on her pepper-spray canister, hidden in her purse.

“Yes, but he wants a woman who looks like this.” The man produced a crackled, weathered color photograph from his coat pocket. “I thought you looked the most like her of the women on the street tonight.”

She studied the photo for a moment. “Not that it’s my business, but who is it?”

“It was his teacher from eighth grade. She’s dead now and he always thought he would grow up to marry her, even though she was twenty-five years older. I tried to tell him it’s never going to happen, that she’s gone, but he still talks about it. Then last week he said if he could have sex with her once, he’d forget all about her. I said that was impossible, and he went into hysterics.”

“Weird,” she exclaimed under her breath. “It sounds like he needs a therapist.”

“I’ve tried that route, but it didn’t work, so I thought I’d try this. If you don’t want to do it, I understand.”

“How much are you willing to pay for this, uh — service and where will it happen?”

“I rented a couple of rooms at the Days Inn just down the street and I’ll pay whatever you want, within reason. Just be nice to him for an hour or so, have sex with him, and tell him you have to leave to go teach in Australia.”

“Yes. Melbourne. That’s where she planned to go when she died in a plane crash. Oh, and her name was Marletta, if it should come up Marletta Tutter.”

“So, you’re asking me to pretend to be this Marletta Tutter, spend about an hour with your son, and have sex with him, is that right?”

“That’s right. And I’ll drive you back here when you’re finished.”

“Would you be in the room?”

“You say he’s not dangerous or crazy.”

“No, absolutely not. He just has a learning disability and gets a little over-emotional at times, but never violent.”

“What does his mother think of all this?”

“His mother isn’t with us anymore.”

“You want the money in advance?”

“That’s the deal,” she opened the car door slightly, “or I’m gone.”

“Okay, sure, that’s no problem, but I hope I can trust you to keep your end of the bargain.”

As she shut the car door, he fished in his coat pocket and came up with fifteen rumpled twenty-dollar bills and handed them to her. She counted them as he started the car.

“Before you pull off, there is one thing,” she said, as she took her finger off the pepper-spray trigger and put the money in her handbag.

The birds are busy this morning.
Wrens and sparrows fill the feeder’s tray.
The cardinal has been relegated to the ground below.
The nuthatch vies for room, while the woodpecker
Clings to the suet cake.
Tweets, twirps and chirps from all directions.
Mother dove sits on the feeder roof keeping watch on
Two young ones on the ground.
Sunlight filtered through pine boughs
Illuminates the seedlings sprung up from dropped seeds.
Morning makes them so happy.
They sing for the new day
A warm sun and a place to fill their tummies.
They sing when the rain slows.
Robins delight in new mown lawns and freshly dug earth.
Hummingbirds buzz amongst each newly blossomed plant,
Squabbing like children on a playground.
One minute pecking at each other the next sitting side by side.
And over the meadow the hawk flies.
_________________________________
Copyright 2009
Joyce Lovelace
all rights reserved

The Glint in God’s Eye 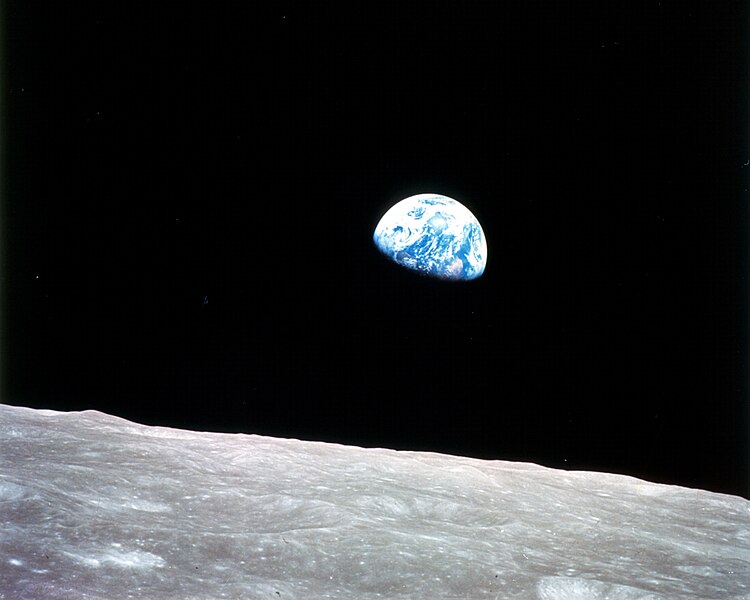 Once trips around the moon started up again; long after the last trips in the 60s and 70s, an astronaut was snapping pictures of the surface when the lens caught a glint; a reflection, in a crater. Although they thought it might just be a solar flare playing tricks with the surface, or a camera problem, the astronaut said, “Hey! That looks like it should be called ‘The Glint in God’s Eye.'”

Years past and every once in a while that same glint would be captured either by an astronaut seeing it, or a camera. Eventually they decided to find out what it was. By then trips to the surface had become common place. There were even finalizing plans to build a base. When a mission went to take better pictures, what they found made the news everywhere on Earh. In fact it shot around the world so fast the various digital broadcast waves got transmission burn.

This “glint” was not natural.

Alien? Well, that’s why they had sent a mission to check. It took a while to find it and it appeared to be very old, but very advanced: yet human made: a very sophisticated camera… far more sophisticated than current technology. In various languages the words embossed on the plaque put on it:”Do not move.” There were instructions on how to download.

So much we didn’t know.

So much we had wrong.

It had been focused in on Earth for a long time, taking brief clips once a year. The storage capacity was almost infinite. It even showed a planet Earth advanced far beyond what they had ever advanced as far as the astronauts knew.

Just before the end of the clips a scientist explained, “This has all happened before. During our loop we found a way to make this device. We think it will last into at least the next loop, at least according to how we understand time now. On September 28th, 2030, this is what happened…”

As they watched a giant meteor collide with Earth on the screen attached to recording device, the bright shining Earth above them seemed to dim. The very event that had just happened in the past as recorded on the device: now playing back on the screen, was repeating in real time. They also knew without being able to go back to Earth, they too would die without supplies.

…when trips around the moon started up again after the 60s and 70s an astronaut was snapping pictures of the surface when the lens caught a glint; a refelection, in a crater. Although they thought it just to be some solar flare playing tricks with the surface or a camera problem, the astronaut said, “That looks like that should be called ‘The Glint in God’s Eye.'”

Looking at the Pain