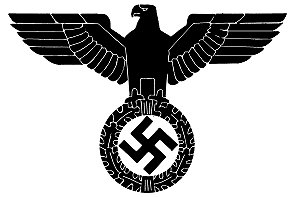 The two Nazis were talking in hushed tones just after the war in a biergarten. Hans said, “Ve have to do something about Juden.”

Of course this conversation was all in German. Scribe is just too damn lazy to translate it back correctly into their native tongue. Oh, and if you have a tongue transplant in another country, does that mean you can never again speak in your “native tongue?” Besides, you probably don’t know German, anyway, do you?

The other Hans; yes, they’re both named “Hans,” answered, “Yes, ve must do something about der Juden before those muttermausen, leftist, pinko, bleeding heart, non Glen Beckus da Schmeckus loving Allies stop us from butchering them.”

“Have you notice all the weird people hanging around das biergarten lately?”

“Who are they looking for?”

“Pol Pot. They’re mad about genocide and they want to kill him, or at least urinate in his mouth for supporting das Khmer Rouge: a group from our future that would have made our Fuhrer proud.”

“So that means…” Hans smiles.

“Yes, that means…” the other Hans smiles.

While they laugh at their own joke a near by family moves to another table, far away from them, as the mother mutters, “Schweinehund.”

“But why do they look so strange?” asked Hans.

“Because they’re time traveling zombies. I can only guess da from the last days when Jesus raised them from the dead, only he didn’t quite get it right.”

“Because they only have half their clothes on. See half of their butts hanging out?”

“So you mean that Jesus, Hans…”

Hans and Hans laughed some more. More patrons left in disgust. The biergarten started to fill with more zombies.

“Found Herr Doctor Peabody’s time machine we were helping him work on at the camp. They must have dug it out just as Armageddon started. Excavated it out from under the wreckage made by Sherman’s tanks.”

Of course neither laughed at the Bullwinkle Show pun because TV had just been invented. Jay Ward was still on some holy CRUSADER: working on a concept involving a rabbit and a tiger. His wife said he was so involved it made him angry some nights, like he was on the… RAGS.

“If Jesus raised the dead, why Hindu, Buddhist, maybe even Juden, zombies?”

“Well maybe God must not be as much a religious bigot as we, or Pat Robertson, are.”

“Hans? Who is Pat Robertson?”

“Don’t know, Hans. That just slipped out, almost like someone named Scribe is typing my words as I speak right now.”

Everyone in the biergarten had left by now except the zombies and Hans, and the other Hans. Scribe’s readers will be pleased to know that eventually even Germans will grow so sick of all the Germans named “Hans.” They will even go so far as to ban all cell phone companies from hiring anyone named “Hans.” That’s right. They demanded their cell phones be “Hans free.”

“Don’t look now but there ‘s a whole bunch of Juden zombies raised from the dead in the future coming towards us right now.”

“Ja, I think I even killed a few of them myself. Don’t look at them. Maybe they won’t recognize us.”

The leader of the group, a woman zombie who died brutally by the hand of Hans in a camp where Peabody’s time machine was being worked on, said, “I think I remember one of you. Which one of you is Herr Hans?”

They point at each other and said, in unison.

“Well, we’ve been sent here to deliver justice. This is your Judgment Day.”

Just before they died, Hans looked at Hans and said, “Hans?” 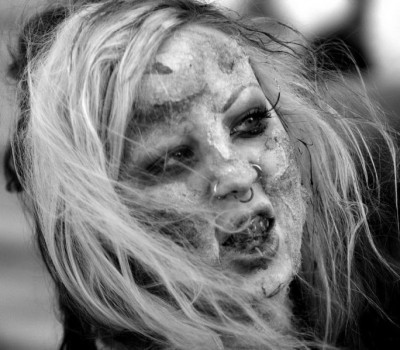 I long to experience . . . drink it in
Watch the cavalcade of colors as they
Parade across the sky. . .

Explosions of red, yellows, ochres and orchids
…As I watch and experience them.
Experience them walking up at camp when I have
…Time to relax and watch . . .
Or sitting luxuriously at the beach
…Greeting . . . or bidding the day “adieu.”

Adieu. . Goodbye. . .
….But with that lingering promise of tomorrow.
Many, many tomorrows
…Of colorful dawns and dusks. 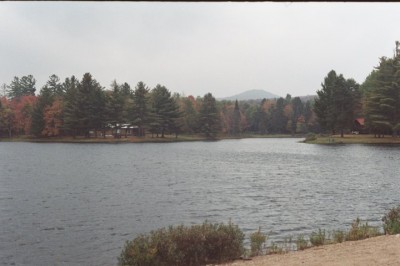 I Was Your Father

When you first adopted me I was young and a bit confused. Something wasn’t right. I was unsure, yet I felt the whole universe was mine. And my world was filled with flying Frisbees. So I dove into my world like a swimmer in Hawaii off of one of the cliffs: deep, high and over, and over again. For a while… that’s all I knew.

I aged; as all creatures do. I slowed down a bit. But I never took my eyes off the flying discs. I ate your dog food, though I preferred yours, I stayed in your big pen, though I wanted to wander free and I grumbled when you payed attention to the little dog more than me. I ignored the cats, except when they rubbed up against me or decided I was a landing platform. Then I growled and walked away… annoyed.

Nights I pretend to sleep on your couch… or in your bed when you don’t move around too much. Sometimes I do sleep. One night, on the couch, I had a dream. We were in a house near New York City and we were arguing about your mother. I no longer had four legs: I had two and I was older than you. I was your father. Your mother laid dying on the recliner and you asked if we had to wait for her to die to go to camp again. I resisted the impulse to slug or slap you. She cried out that she wasn’t going to die to you, knowing full well no one believed the lie.

Was I human once?

I have no way of asking. I probably couldn’t even if I did for such concepts are impossible, at best, for four legged creatures. I have become the dog. We become the collie, or the human, because that’s the nature of life; and death.

So I will live my days being your pet and catching Frisbees. I will love you… again. And when we come back next time, will you be my gerbil? Will I be your teacher, your mother, your brother? And maybe next time I won’t have this stupid name. I don’t care if I once was your father.

A Rather Spacey Story: Death by Premature Ejaculation 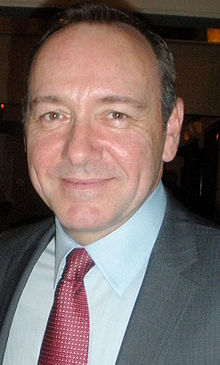 Bill and Hillary Clinton’s good friend Kevin Spacey was getting old. We all are. But Scribe means REALLY old. In Hollywood terms: old hat. Out of style. Scribe would type it’s like having the pox, but since his last movie was sponsored by the makers of Special K, maybe a K-POX? It works because it was the sequel to a Spacey movie where a certain race of aliens die off due to The K-Pax-Pox.

Having collected a giant fortune from his latter life enterprises “Kevin’s Heavenly Dog Treats” and “Spacey’s Edible Lacey Underwear,” he decided to take his earlier, more known, career fortunes too… and spend his last years in space. He bought the latest tech from a confused Native American scientist, Back to the Future fan and dairy owner named Doc. Hownow BROWNCOW: a More Warped than Normal Drive spaceship.

Unfortunately, warping out of the solar system at the speed of stupidity, faster than Mel Brookian Ludicrous speed, he rapidly found himself dangerously close to a disgustingly dishonest black hole named Condi. As everyone knows if you get sucked into a black hole you die, unless of course it’s a Clintonian black hole then you just get a bad STARR report.

Seeing the black hole he put on his space suit and headed for the “ejaculation” lever. The Doc had thought that was a funny label for an ejection-based emergency escape system that might have enough power to blast you off and away from something as treacherous as a black hole.

That’s when Kevin’s ghost showed up, also in a space suit.

Since they were on the edge of the black hole time was little different and this was future Kevin showing up. In the short term future, Kevin was dead. Hence the all too still living Kevin was face to face: being haunted by his own ghost. But all the ghost would say is, “BOO!!!”

Kevin said, “Hey, asshole, I was an actor for years, certainly you can do better than that.”

Kevin’s ghost smirked and said, “Hey, I’ve seen your attempts at ‘comedy’ in bowling alleys before you were an actor. No, you can’t.”

“Damn,” live Kevin said, “That’s what I get for arguing with myself. Wait. Wait. You’re not telling me something. That’s a Clintonian black hole. I died because I didn’t go into the hole. I ‘ejaculated’ too early.”

Kevin took his hand off the ejaculation switch and his ghost smiled. His final words were, “About time you got your comedic timing riiiiiiiiiiiigggggggghhhhtt. ….” and faded away.

Kevin took his ship into the Clintonian black hole, ignored the stupid bad Starr report, and became known as a super hero in the rest of the known universe due to his newly found comedic super powers, making villains laugh themselves into doing good deeds instead of bad.

Now wasn’t that a nice story?

What, you were expecting something more perverse? 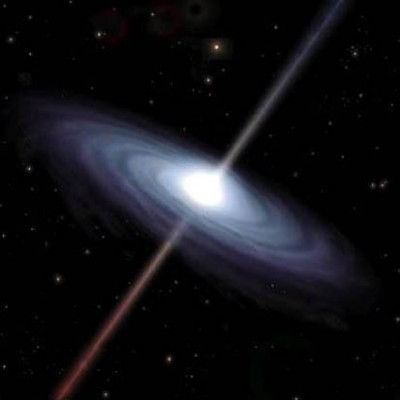 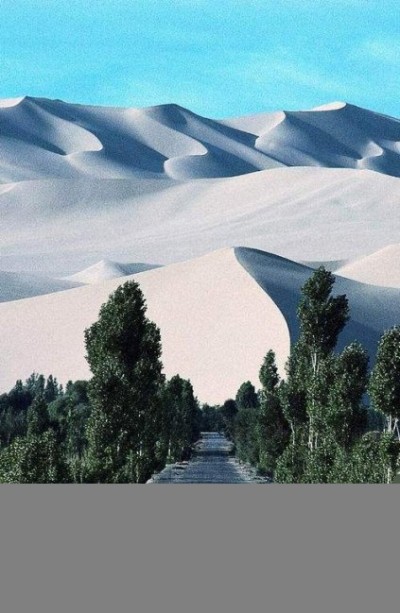