Posted on May 31, 2009 by Professor Good Ales Leave a comment

The original article seems to have been lost, much like the Ark in Indiana Jones, in the archives of The Score, where it was first published. This article has been reconstructed from Scribe’s fading memory… as he referred to it, a few readers we contacted and a rough/unfinished draft Scribe still had. This column was published about 1999.

The Death of a Brewpub

What kills a brewpub? Certainly the homebrewer should support any business that promotes knowledge, taste, an appreciation for good product and intrigues potential new homebrewers. Anything which kills it is our foe. There is an added incentive. Its quite possible these very personal horror stories can serve as warning buoys for where the monsters might be; what NOT to do as a homebrewer.
END_OF_DOCUMENT_TOKEN_TO_BE_REPLACED

You must not associate with anyone who calls himself a brother but is sexually immoral or greedy, an idolater or a slanderer, a drunkard or a swindler. With such a man do not even eat. (1 Corinthians 5:11)

Posted on May 31, 2009 by Professor Good Ales Leave a comment

END_OF_DOCUMENT_TOKEN_TO_BE_REPLACED

“Mayor Michael Bloomberg is spending millions of dollars to win a third term, and he appears to believe that buys him the right to campaign without answering questions about it.
“The latest incident came this week when the 67-year-old billionaire was so irritated by a question that he glared at the reporter who asked it and said, ‘You’re a disgrace,’ as he left the podium.”
— Sara Kugler, “Analysis: Don’t Ask Bloomberg the Tough Questions,” AP, May 29, 2009.

“It’s a classic case of brute political force carrying the day. Democracy be damned, Bloomberg must have his way. He’s the boss. After much arm twisting and some cajoling, the City Council has surrendered to his will, although by an unusually close vote of 29 to 22.
“The irony is that Bloomberg himself once backed term limits. He has gone back on his once strongly held conviction — making an exception for himself.
“Twice the people of New York voted for term limits. The Quinnipiac Poll found this week that 89 percent of New Yorkers still thought that only a referendum could change that measure.”
— Gabe Pressman, “Bloomberg’s Ambition Ignores People’s Will,” NBC New York, Jan. 26, 2009.

“After a spirited, emotional and at times raucous debate, the New York City Council voted, 29 to 22 to extend term limits, allowing Mayor Michael R. Bloomberg to seek re-election next year and undoing the result of two voter referendums that had imposed a limit of two four-year terms.”
— Sewell Chan and Jonathan P. Hicks, “Council Votes, 29 to 22, to Extend Term Limits,” NY Times, Oct. 23, 2008. 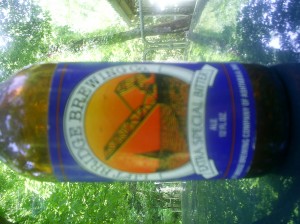