The Power of Zero

Written by Valerie Plame for Newsweek

After spending years trying to thwart the nuclear black market, a former CIA spy says the only way to prevent terrorists from getting the bomb is to eliminate all of the world’s nukes.

The smoke was still drifting off the World Trade Center when the CIA discovered that Osama bin Laden had secretly met just a few days before the attack with a top Pakistani nuclear scientist, seeking help in building a nuclear bomb. Immediately, nuclear terrorism jumped to the top of the list of urgent threats to the civilized world. My clandestine work as a CIA operations officer became laser-focused on counterproliferation as we mobilized to prevent a nuclear 9/11. We knew that the horror of a nuclear bomb detonated in a major city would dwarf any catastrophe previously suffered by our country – the death toll would be in the hundreds of thousands and the economic and social devastation sudden and catastrophic.

Nine years later, who is winning this contest of wills between the civilized world and terrorist groups trying to buy, build, or steal a nuclear bomb? I would like to believe the bad guys are losing, but, in fact, time favors them as long as nuclear-bomb-grade materials and weapons exist in the world. A valiant team effort by the CIA and our many partners around the globe has prevented an attack thus far. But my experience as part of that effort tells me that the only way to end this danger is to lock down all nuclear materials and eliminate nuclear weapons in all countries.

END_OF_DOCUMENT_TOKEN_TO_BE_REPLACED

An actual news report Scribe heard described recent conclusions from the medical community that fat people raise our cancer rates because, they claim, being obese causes cancer. Since Scribe has noticed his whole life that only fat people get cancer, and only fat people get all the diseases and maladies that curse humanity, he would like to reveal other possible conclusions from all this obsession with perfecting humanity through diet and weight control. Well, perfecting everyone other than those who push such conclusions.

As we all know now the Black Plague was caused by fat people, and since many male Klansmen tend to be over weight the obvious conclusion is that racism and antisemitism is caused by being obese. So all you thin folks who helped lynch niggers and Jews: you’re forgiven. We owe you reparations. You obviously were under the EVIL spell of fat people.

9/11? The fault of all those fatties who couldn’t run out of the building fast enough, just like all those fat people didn’t escape New Orleans fast enough. They DESERVED to be shot by Blackwater, Z, Q, LMNOP… whatever BS name they have for themselves now.

Did you know Lee Harvey Oswald had gained 10 pounds pre-Dallas 63? Yup. You got it.

The pilot in the recent, fatal, crash in Pakistan? A fattie.

This evil has been amongst us for so long. Maybe we should expand the kind of game one can hunt, reopen Auschwitz or, to quote our deity, Montgomery Burns: RELEASE THE HOUNDS!!! …before the most evil: the morbidly obese, take too much Kaopectate and then they, “RELEASE THE CRACK-EN!!!”
END_OF_DOCUMENT_TOKEN_TO_BE_REPLACED 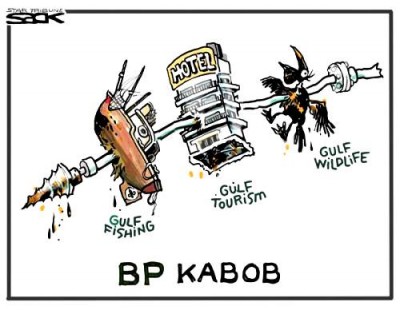 A Question Worth Revisiting: Why Does the GOP Hate America?