Incredibly, ABC News is planning to use fringe-right pathological political smear merchant Andrew Breitbart to comment on Tuesday night’s elections. This is the man behind Shirley Sherrod’s firing due to a heavily-edited video, and the main supporter of race-baiter James O’Keefe’s also heavily-edited ‘fake pimp’ videos that closed ACORN’s doors based on lies. Color of Change is trying to stop this insult to the intelligence of the American people — add your name to the petition below:

Andrew Breitbart is a liar and race-baiter with a long history of pushing false stories to achieve his political ends. He was most recently exposed as a fraud after promoting selectively-edited video in an attempt to paint the USDA’s Shirley Sherrod as a racist, smear the NAACP, and accuse the Obama administration of reverse racism. 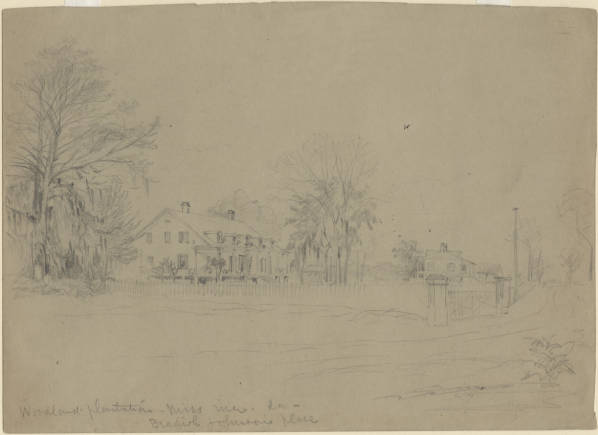 What we now celebrate as Halloween. 1856.

“Darling, are you alright?”

“Do you want Robert to check? He’d do anything for ‘Lil’ Miss.'”

“No need to bother him. I know the monster will fly away when you leave. He’s scared of the light from your candle.”
END_OF_DOCUMENT_TOKEN_TO_BE_REPLACED

Will the ALMOST Politically Dead Rise from their Graves?

What do you do if you’re a former CEO who has so badly screwed-up in your past jobs that no one will hire you, yet you enjoy being treated like a queen? You run for high office, of course, just like big business duds Carly Fiorina and Meg Whitman!

“One of Fiorina’s tentpole mantras is that she ran Hewlett-Packard from 1999-2005. Into the ground, she should have added. Fiorina has been hazed as one of the worst American CEOs of all time for paying herself fat bonuses while axing tens of thousands of California-based employees and offshoring some of their jobs, forcing a doomed merger with computer also-ran Compaq past HP’s founding families and board of directors, polishing her public image as the company’s stock imploded by more than half during her tenure, and much more — all before being fired in 2005.”
— Scott Thrill, “8 Reasons Why Carly Fiorina Would Be a Disaster in the Senate,” AlterNet, Oct. 30, 2010.

“Rather than the team-oriented approach that had characterized HP since its founding, Fiorina instituted a top-down culture. She got herself on the covers of glossy magazines. Most good CEOs put employees, shareholders and customers ahead of themselves. Fiorina appeared to put herself first. While she asked employees to make sacrifices – including giving up their profit-sharing plan – she took more than $100 million in pay and perks.” […]
“What were the results? During her time at HP, shareholders were disappointed by the company’s poor stock performance. Employee morale plummeted. Independent management experts and multiple publications have dubbed her one of the worst CEOs of all time. Even Wall Street celebrated when Fiorina was fired, sending HP’s stock up. What does it say that HP was worth billions of dollars more with Fiorina gone?” […]
“Fiorina has said she’s running on her record at HP. We urge California voters to take a closer look.”
— Jason Burnett and Eric Gimon (grandsons of HP’s founders), “Carly Fiorina Wrong for HP, Wrong for California,” San Francisco Chronicle, Oct. 27, 2010.

“During her reign of six years, she remade HP about as successfully as William Shatner remade ‘Lucy in the Sky with Diamonds.’ ”
— Kevin Mane, USA Today tech columnist.

“… [W]hat few people outside of the investment community know is what a disaster Meg Whitman’s business career really was. In fact, Meg Whitman’s record in the corporate world reads like a laundry list of failure: it’s a resume marked by fraud, gross incompetence, wasteful spending and gross disregard for anyone’s interests but her own. In her obsessive drive to become a billionaire, Whitman left a legacy of bitterness among untold numbers of jilted employees, shareholders and eBay clients, while enriching herself and a handful of fellow executives and investment bankers.” […]
“…Whitman made her eBay billion not by building the firm up, but rather by lucking into the right place at the right time. Over the next few years, as she started to put her own stamp on the firm, eBay’s fortunes went into decline and finally into full-scale tailspin.” […]
“It’s no wonder then that Whitman ‘retired’ from eBay when she did in early 2008: She had failed the company miserably, leaving eBay in ruins. A year after Whitman bailed on eBay, the stock had sunk so low that employees were left holding onto stock options that would actually cost more than than eBay’s market stock price, making them worse than worthless.”
— Mark Ames and Yasha Levine, “How Meg Whitman Failed Her Way to the Top at eBay, Collecting Billions While Nearly Destroying the Company,” AlterNet, Oct. 27, 2010.