If you thought Monsanto’s lack of testing on their current GMO crops was bad before, prepare to now be blown away by the latest statement by the USDA. Despite links to organ damage and mutated insects, the USDA says that it is changing the rules so that genetically modified seed companies like Monsanto will get ‘speedier regulatory reviews’. With the faster reviews, there will be even less time spent on evaluating the potential dangers. Why? Because Monsanto is losing sales with longer approval terms.

The changes are expected to take full effect in March when they’re published in the Federal Register. The USDA’s goal is to cut the approval time for GMO crops in half in order to speedily implement them into the global food supply.   END_OF_DOCUMENT_TOKEN_TO_BE_REPLACED

Posted on February 29, 2012 by Ye Olde Scribe Leave a comment 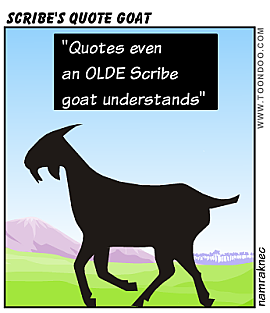 END_OF_DOCUMENT_TOKEN_TO_BE_REPLACED

LANSING (The Borowitz Report) – Telling a crowd of supporters that the separation of church and state “makes me want to throw up,” GOP presidential candidate Rick Santorum today proposed replacing church and state with a new entity he called “sturch.”

“Merging church and state into sturch will benefit all Americans,” he said.  “Except maybe Jews.”

Mr. Santorum said that the combined entity would offer greater convenience to the American people than the separation of church and state currently does, since Americans would be able to get salvation and motor vehicle renewals at the same place every Sunday.

END_OF_DOCUMENT_TOKEN_TO_BE_REPLACED

Posted on February 28, 2012 by Ken Carman Leave a comment

Yesterday I was one year older an old man. I thought to celebrate I’d put up a YouTube for this song. I found no good full stage version on YouTube, probably copyright reasons. It’s from Avenue Q, and probably expresses my attitude about life as well as any song can. I recommend the musical. The amazing thing is that Avenue Q; a somewhat raunchy take on the Sesame Street characters when they grow up and have to pay bills, find love… etc., was offered in 04 to the Republicans at their convention in NYC, among other Broadway fare’. The folks at Avenue Q got a lot of complaints from those did who come to the musical. Not about the profanity, or even the simulated puppet sex. No, Republicans complained loudly about the comment in the song that “George Bush” is “only for now.” If you listen to the lyrics W is mentioned right after two good things. Nothing other than the truth: like everything else in life George Bush was “only for now.” I’m “only for now.” You are too: our careers, our lives, our misery, our happiness… everything. Such is life.

When I told one relative about this, she said, “Oh, it’s the way they said it.” Oh, and exactly what way would you have had them ‘say it?'”

Geesh. Get a mature grip on reality, people.

Hmm, think maybe that’s part of the “problem” to begin with?

Anywhosie, below you’ll find the very tail end of the performance on stage. Not the best vid that could be done of it, I’m sure, but probably not enough to get the camera in phone guy/audience member in trouble.

This is one of those musicals that makes me miss my early years on bigger stages, like when I was in the Upstate NY somewhat official off, off Broadway version of Company.