I’m reading yet another article on Americans and their lack of vacation, or to put it another way, Europeans and their wealth of vaction time. As written it appears that all Europeans take off the month of August.

Really? All of them? Or is it just the professional class? Cause otherwise, who’s minding the store……the store, the gas station, the hospitals…for that matter, whose working at the resorts they go to? Someone must be running those hotels and restaurants they visit.

END_OF_DOCUMENT_TOKEN_TO_BE_REPLACED 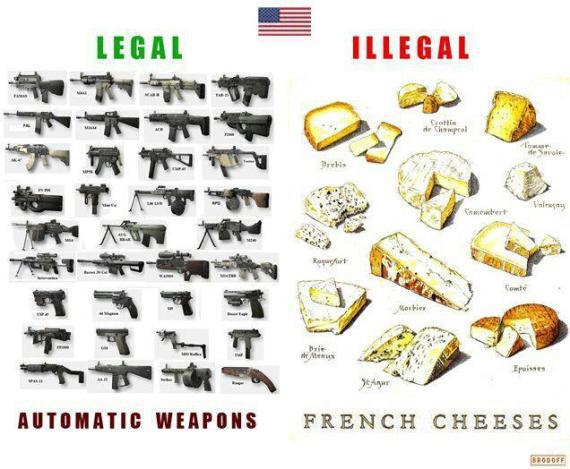 Not to mention raw milk

Inspection- Romney: It’s All Over for America, Just Like in 63

The true Romney legacy could have been a more vibrant car industry, a new competitor for GM, Ford, and also on the ropes at the time Chrysler. But he decided to let a company die, and lead an unremarkable company into more unremarkable-ness.

If Barack Obama bails out car companies then it’s in the news, negatively, 24 hours a day. And when it succeeds, and the money is paid back, you hear nothing. After all, the less corporate friendly candidate, at least according to the Corporate Party… um, the Republican Party… might look better if the mentioned all that as much as they spewed negativity when the bailouts came.

When Mittens claims he no longer was in charge at Bain when the worst vulture-ism happened, but signed documents saying he was? Shhh!

In the 50s Studebaker was in trouble. They had been here before. The company made some damn great cars, but handling finances was never their strong suit. It started to turn into a nightmare: parts for the fiberglass Avanti were farmed out to an east Ohio fabricator. When they got the parts back not one fit. Their production line worked well with sedans, which didn’t sell well, but didn’t work well with their coupes which were growing in popularity.

Studebaker was a very positive company, paying their workers beyond union scale and allowing sons to go to war as Dads volunteered to hold their place. And their designs were unique: the Avanti sold well but they couldn’t keep up considering production problems.

That part of South Bend is a ghost town now: looking positively haunted.

But it didn’t have to be this way.

Previous to this time George W. Mason, then president of what older Americans now vaguely remember as American Motors saw all this and had a dream. Join Studebaker, AMC and other indies into one big company which could compete head to head with GM, the floundering Chrysler and Ford. Unfortunately, midst working on several merger deals, George died of pancreatitis and pneumonia.

Romney hated George Mason’s merger concept. The most forward thing George Romney did was the Rambler American, which did about as well as the Studebaker Lark. Indeed one could argue considering how poorly they were doing the Lark did better.

In 63 Stude called it quits in America, staying only to fill out contracts until 1964, then produced what Stude fans mock as “Chevy-Bakers” in Canada until 66 because they ran out of their own engines. Remnants of the corporation can be found when you buy STP or Onan generators.

The real story here is not that George didn’t go for the merger. It was risky. The real story is that Mitt Romney and his father have a history of not being forward thinkers, or even necessarily good for business in America. Perhaps good for business overseas in the case of the son who loves to “fire people,” gut companies and toss workers overboard.

Maybe buying Studebaker would have been a bad idea. But building up American Motors to compete with the big three through mergers and forward thinking was a damn good one. One dismissed by Mitt’s father, just like Mitt would like to dismiss concerns about his contributing to the unemployment problem in America, his position on student loans, student debt and his vast contribution to corporate greed vs. what’s good for the nation.

When it came down to dreaming the dreams that make America into a better country, more employment, better wages, better working conditions, being more competitive, both father and son think, and thought, of their own skins, their own wallets and, most of all, whatever was the less risky for them… regardless of what’s best for the country.

As Mitt said, “Corporations are people too, my friend.” And he might as well have added, “..and my worth is far, far more important than any of you worthless peons.”

Watch out America. We could be the next Studebaker, moved to another country, gutted and split into STP, Onan and othe products… a nation’s worth of employees out on the street, not just one once proud automaker’s.

Mitt learned from his Dad: play it safe, don’t think out of the box. If you do only think about how you and your cronies can walk away with a lot of cash while you dance on the graves of dead jobs and manufacturing America once had.

Regardless of the Stude story, from AMC to Bain, the legacy remains the same: it’s all about Mitt and his rich friends. The rest of are lucky if we’re allowed to be tied to the top of the station wagon.

Inspection is a column that has been written by Ken Carman for over 30 years. Inspection is dedicated to looking at odd angles, under all the rocks and into the unseen cracks and crevasses that constitute the issues and philosophical constructs of our day: places few think, or even dare, to venture.

The simplicity of some talking points make me ponder. I was staying at a relative’s house when he blurted out, “Romney’s money doesn’t matter.” So I started to ponder the “suggestion.”

Pigheaded Republicans are so focused on repealing Obamacare that they’ve failed to offer an alternative.

ere’s some useful advice from an old country saying: Never try to teach table manners to a pig – it doesn’t work, it’ll wear you out and it just annoys the pig.

The same advice goes for anyone who thinks they can teach even a bit of common sense to the preening political ideologues who’ve taken over the Republican Party and the U.S. House of Representatives. As we’ve seen in their incessant, pigheaded attacks on the health-care reform law, their minds are not merely fogged up with extremist anti-government theories, they’re impervious to rational thought.
END_OF_DOCUMENT_TOKEN_TO_BE_REPLACED