What the ALEC is going on around here?

Posted on September 29, 2012 by Ana Grarian Leave a comment

Moyers & Company presents “United States of ALEC,” a report on the most influential corporate-funded political force most of America has never heard of — ALEC, the American Legislative Exchange Council. A national consortium of state politicians and powerful corporations, ALEC presents itself as a “nonpartisan public-private partnership”. But behind that mantra lies a vast network of corporate lobbying and political action aimed to increase corporate profits at public expense without public knowledge.

Inspection- Where Da White Men At?

Posted on September 28, 2012 by Ken Carman Leave a comment

“Where da white women at?”

A question asked in Blazing Saddles flipped in my head this morning as I mused over a Bill Press segment that asked why only white men seemed to be a serious problem for Barack Obama this election year.

Posted on September 26, 2012 by Ana Grarian Leave a comment 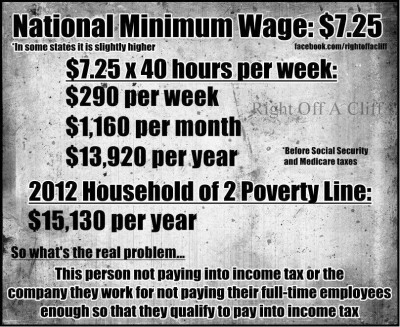 Now, someone pointed out that there are 4.2 weeks in  a month, so the total income would be higher. So I’ll point out that most 40 hour a week jobs don’t pay you for 40 hours, since lunch is often not paid. I think that balances out the figures a little.

Why the 2012 Election Will Be Another Inside Job

Obama has raised $774m so far, giving him an edge over Romney, whose supporters have raised $736m. (photo: Jewel Samad/AFP/Getty Images)

Written by Carl Ferguson for The Guardian, U.K.

While Romney and Obama trade insults about who’s the worse Washington insider, the reality is both are in hock to Big Money.

ast week, Mitt Romney and President Obama traded insults in a most amazing way, reminding us that success in American politics these days requires two things: saying the most absurd things with a straight face, and maximizing the appearance of differences with your opponent, while minimizing their reality. Consider …

“I’ve learned some lessons. Most important is you can’t change Washington from inside, only from the outside.”

Who Wants To Be Pres?

Posted on September 21, 2012 by Ana Grarian Leave a comment

The title of this article from The Nation Magazine drew me to read it, if only because I had started wondering if the Republicans were purposely throwing the election back when they foisted Sarah Palin on an otherwise possibly electable McCain. Is it possible we are just getting a muddled Depublicrat party? Maybe the GOP ticket has moved so far to the wackadoodle, and pulled the Democratic Party so far right, that the real power of the GOP party is throwing the election to a more moderate candidate, whose policies they can manage with the Senate and Congress?

Does Mitt Romney Even Want to Be President?

That’s not just a rhetorical question: In Mitt Romney’s heart of hearts, maybe all he really wanted was the Republican nomination.