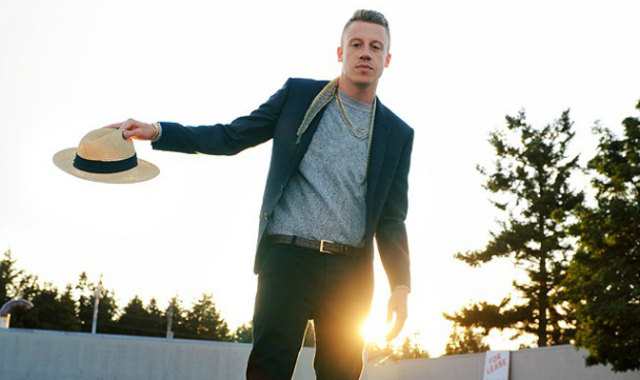 Seattle rapper Ben Haggerty, known as Macklemore, tackles the dangers of hate and stereotypes by showing the struggle of a homosexual man from birth to death. A Detroit-area teacher was suspended without pay for playing it in class. (Photo courtesy Macklemore.com)

Written by Linda Thomas for mynorthwest.com

A performing arts teacher has been suspended without pay for playing a Macklemore song during class.

The Detroit-area middle school teacher allowed a student in her eighth grade performing arts class to play the song “Same Love” which was written in support of same sex marriage.
END_OF_DOCUMENT_TOKEN_TO_BE_REPLACED

“Those who would trade liberty for security deserve neither.”

-There are several variations on the same theme, the same quote, a quote usually credited to Benjamin Franklin. -OEN

The flag and barbed wire within a detention facility at Guantanamo Bay. (photo: Getty Images)

enator Dianne Feinstein (D-CA) and Senator Mike Lee (R-UT) introduced an amendment to the National Defense Authorization Act (NDAA) that would protect American citizens from being indefinitely detained. The amendment, which is cosponsored by several other Republican and Democratic senators, uses essentially the same language as the Due Process Guarantee Act, which Feinstein and Lee introduced last year. The language of the amendment assures that no authorization to use military force, war declaration, or any similar authority would allow an American apprehended in the United States to be held without charge or trial.
END_OF_DOCUMENT_TOKEN_TO_BE_REPLACED

WILL Job Creators Really Not Hire If They Have To Pay Taxes?

House Speaker Boehner and Senate Minority leader each claimed this week that higher taxes on the wealthy will cause the “job creators” to cut jobs and “hurt growth.” The Heritage Foundation makes specific claims about how this will happen. Let’s take a look.

The Heritage Foundation purchased a Twitter promotion that shows up if you look for the hashtag #my2k, which President Obama has asked people to use when tweeting about the $2,000 he claims the average middle-class person will pay in additional taxes if the portion of the Bush tax cuts that was for people below $250K expire. (Note – almost all of that will be paid by people approaching that $250K top end. Regular middle-class people won’t pay anywhere near $2k in additional taxes.) END_OF_DOCUMENT_TOKEN_TO_BE_REPLACED

Posted on November 29, 2012 by Ken Carman Leave a comment

Ever since the CIA was started it has been a political football. The worst games ever were during Bush II when Cheney, and his shills, went over there to “straighten things out.” They ended up “straightening out” those who warned us in advance of 9/11. They “straightened out” those who told us there were no “massive amounts of WMD.” And perhaps the most famous case; “straightened out” the wife of a man who had told the truth: the truth being those infamous aluminum tubes could not be used for in the service of producing nuclear weapons.

You know, if you apply just a little logic: something lacking these days, the idea that Saddam would ever actually use a nuke is a little thin. It would be a tad like New Hampshire striking Vermont. Depending on winds and such, a bit like dog eats self tail first, eh? Or if the Falklands had attempted to use their one nuke on the United States for not siding with them.

Mister Rogers asks, “Can you say, boys and girls, ‘what Falklands?'”

Part of the millions who died due to all this were scientists and others who helped Valerie, therefore the United States. Don’t even start with me about her being just some low level clerk. Taking her out as an operative would have been unnecessary if that had been the case. All the noise and lies would have been unnecessary: like Valerie supposedly sending Joe over there. Valerie could “send” no one. He was “sent” by those cowards who turned on his wife when he didn’t back up their warmongering BS.

And don’t even start with me about her, or Joe, lying. The Right has never been reluctant to claim someone committed perjury: even when they answer a question truthfully posed in the present tense (“is”) that they didn’t answer “truthfully” if it had been asked in the past tense. (“Has there ever been a relationship between you and…”) I didn’t hear a peep claiming Ms. Plame committed perjury. The Right would have insisted she be charged with such if that had been the case. Loudly: with the usual immense amount of noise and melodrama they so gleefully muster.
END_OF_DOCUMENT_TOKEN_TO_BE_REPLACED 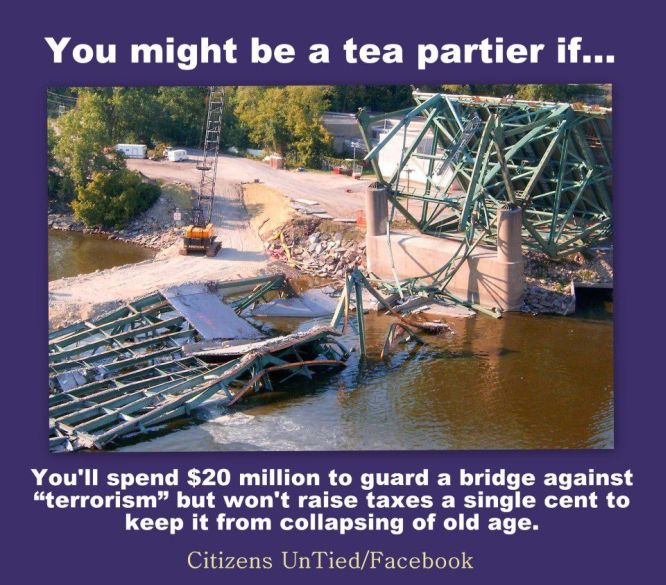