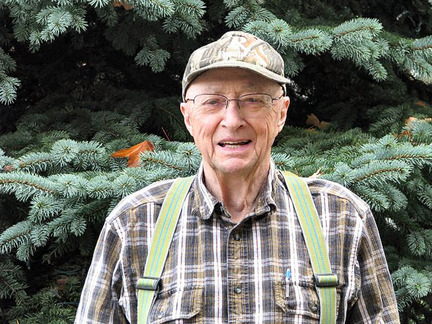 A BIG welcome to Mart Allen. We’ve had a few snippets with links before, but as an old family friend I met Mart in Old Forge a few days ago and he approved publishing his whole columns here. Mr. Allen often writes from a more rightward perspective and that means he is especially welcome here. For we are ALL for more perspective here at OEN.- Ken Carman (Co-Editor)

The greatness of a nation and its moral progress can be judged by the manner in which its animals are treated. Mahatma Gandhi is credited with that statement and it certainly has a lot of truth in it. Animals of all kinds have been a part of my life and I am proud to say I have tried to treat them the same as I do people, which is with whatever is right.

They have compromised our life and caused us a lot of angst, but so have our children. They get mentioned a great deal since they preclude many activities which we could join in if we did not have the responsibility of taking care of them. Both dogs and cats have shared our home over the years. We have two dogs at the present time, and like most of the others we have had, they love to accompany us everywhere. This raises a real problem in the summer months when temperatures can quickly rise if you have to park in the sun. It gets to the point where we have to ask ourselves is it worth the problems they cause if they come with us. It has reached the point where I have familiarized myself with the various shopping, health, restaurant and business locations that afford shady parking areas. The thought has even occurred to me that it may even pay a business to provide shady parking areas when you consider the number of people hauling dogs around with them.
END_OF_DOCUMENT_TOKEN_TO_BE_REPLACED

Over the years I have learned to appreciate that I was taught how to use hand tools. I’m not as good with them as I’d like to be, but maybe now in semi-retirement I’ll get better skilled.
Grandpa was a carpenter/plumber/blacksmith from a long line of builders. My Dad was a machinist by trade, but was well skilled in the use of tools of all kinds from carpentry to auto repair, as well as electric work. Our garage was filled with saws and chisels, hand planes, and any tool imaginable. Unlike todays children who have to be kept away from Dad’s tools because they are power tools and therefore much more dangerous, we were allowed to fiddle around with Pop’s tools and build things from scraps of wood and pipe. END_OF_DOCUMENT_TOKEN_TO_BE_REPLACED

Inspection- Be a Proud Tax and Spend Liberal

To be clear: I don’t consider myself a “liberal.” Not because I have a problem with the term. Some of my opinions are more left, or liberal if you wish, some not. But I do have a problem with how terms shift in meaning over time. At one time I considered myself a proud Conservative when I thought the Bill Buckley brand: the more rational, intellectual, civil, side of that label, was the future. Now, the few times I find myself in agreement with my former more conservative self I still have a problem with that label too. The Savages, the Palins, the Bachmanns, the O’Reilly’s have ruined it for me.
Besides these labels are generalizations: what’s inside may be quite different from person to person, but people treat you as a cliche’ ready to be ignored if you adopt such. How many times have I tried to argue with those who go on and on with, “But you think this, and this, and this…” all the framing talking points they have swallowed whole posed by their fav talking heads. And before I can get through to them I’m not not some cliche’ they’re already already attempting to combat strawmen instead of me.
But if they did call me a “tax and spend liberal,” I say, “I’d be more proud to be called that than a ‘spend, spend, spend without paying back right wing ideologue.'” END_OF_DOCUMENT_TOKEN_TO_BE_REPLACED

Is the FBI Creating Terrorists to Pad Counterterrorism Conviction Rates?

‘In the case of the “Newburgh Four,” for example, a judge said the government “came up with the crime, provided the means, and removed all relevant obstacles,” and had, in the process, made a terrorist out of a man “whose buffoonery is positively Shakespearean in scope.”‘
— from the Summary, “Illusion of Justice: Human Rights Abuses in US Terrorism Prosecutions“

Let’s start with a premise I think we can all agree with: There have been no 9/11-type attacks on United States soil since, well, 9/11. Here’s another statement we all probably agree with: The federal government has all sorts of arrows in its quiver when it comes to gathering intelligence to thwart such attacks. And that is where it begins to gets dicey: Unfortunately, in its counterterrorism project, the government appears to be relying more and more on perhaps the most twisted of those arrows; the use of informants, coerced and/or rewarded, entrapment, and the sting.

Since the September 2001 terrorist attacks on the Twin Towers and the Pentagon, the federal government has obtained more than 500 federal counterterrorism convictions. According to a new Human Rights Watch report (produced in association with Columbia Law School’s Human Rights Institute), “nearly 50 percent of [those] … convictions resulted from informant-based cases; almost 30 percent of those cases were sting operations in which the informant played an active role in the underlying plot.”

The report, “Illusion of Justice: Human Rights Abuses in US Terrorism Prosecutions,” points out that, while “[m]any prosecutions have properly targeted individuals engaged in planning or financing terror attacks… many others have targeted individuals who do not appear to have been involved in terrorist plotting or financing at the time the government began to investigate them.

Which Way to the Other Corner?

Yesterday was a very productive day even if I have only an aching back to show for it. I spent the morning cleaning up the back yard. I moved a pile of cinderblocks and bricks that seemed to be marking a small bush, but as the bush is really just a weed around here – no flowers or anything. I though they must be marking some kind of a hazard. Nope – not that I can tell. One more obstacle out of the way. I also burned up a pile of twigs and leaves that we had gathered after a big thunderstorm and from cutting down a heavily leaning tree. This allowed me to finally get that corner of the yard mowed. Then I went back to clearing a path through the woods along my property line – or trying to. END_OF_DOCUMENT_TOKEN_TO_BE_REPLACED