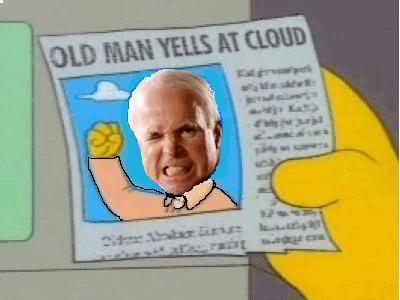 When Old Cranky Pants John McCain goes overseas and insists he’s dealing with moderates, gets them support, and they become a more dangerous, nasty, army of fanatical Muslims, then tries to goad Obama into starting a war with them it’s obvious…

A. It was an INTENTIONAL, traitorous, act. He might as well have cut that journalist’s head himself.
B. And, maybe like other religious fanatics, he’s tired he’s tired of waiting for Armageddon and is trying to start it. 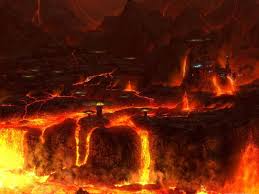 The Beloved is Pleased

END_OF_DOCUMENT_TOKEN_TO_BE_REPLACED

Can America ever overcome its terrible history of conquest, genocide and enslavement? Those horrors are deeply embedded in the American psyche and legal system, and allow for repeated aggressions at home and abroad. This columnist was reminded of the roots of this never ending terror during a recent trip to Alabama.

Every region of the United States shares in the history of displacement and murder of indigenous peoples. Alabama differs from New England only in that Indians there were brutally attacked and forcibly removed 200 years after the interlopers called pilgrims committed their crimes. In the early 1800s white settlers from the Carolinas and Georgia happily suffered from what was called “Alabama fever.” They knew that the lands recently wrested from the Creek, Choctaw and Cherokee would be theirs for the taking.

Alabama was called the Cotton State with good reason. It owes its very existence to the global demand for cotton, the theft of Indian land and the domestic trade in enslaved people. At the start of the Civil War nearly half of the population was comprised of enslaved people. The wealth generated by king cotton made Montgomery one of the largest slave trading cities in the South, as rivers and rails were used to bring the product and the people who produced it to pens and auction blocks on Market Street, later re-named Dexter Avenue.

Ferguson? Trayvon? Michael Dunn? Some people just don’t get it. Or don’t want to get it. I doubt it, but maybe this will help? Share it with those who “don’t get it,” if you wish…

You probably remember the guy no one liked and remember when someone put a “kick me” sign on his back. If not the story is so common you’ve at least heard about it happening.
Now imagine someone born with that sign permanently implanted on their forehead, their arms, their legs: everywhere. And imagine a society that started on the basis that these, less than human, people were not only worthy of being kicked, but kicking them was how one kept these poor pathetic creatures in line. And even though eventually they won the right not to be treated that way, local municipalities came up with innovative ways to make kicking them OK: indeed approved. In fact they came up with ways to make it acceptable to kick them even harder.
Despite supposedly winning their right not to be kicked, year after year, century after century, slurs, insults: over generalizations that could just as well apply to those without the “kick me” signs, remain acceptable conversation. When such words, such phrases, became unacceptable they simply find other ways to say the same things.
Kick me people with less signs are somewhat more accepted, but usually accepted in a patronizing way, and only if they would cheer on those who do the kicking. END_OF_DOCUMENT_TOKEN_TO_BE_REPLACED

From the What-Is-Not-Surprising-About-This Department: USA Today is reporting that a local chapter of the Missouri Ku Klux Klan is holding a fundraiser for the Ferguson police officer who shot and killed Michael Brown, an unarmed black teen. “All money will go to the cop who did his job against the Negro criminal,” according to New Empire Knights of the KKK.

Will there be a white sheet washing contest; a how-many-crosses-can-you-burn in a given time frame contest; a cross-construction competition; an AK-47 raffle?

“We are setting up a reward/fund for the police officer who shot this thug,” the Klan group said in an email. “He is a hero! We need more white cops who are anti-Zog and willing to put Jewish controlled black thugs in their place. Most cops are cowards and do nothing while 90% of interracial crime is black (and non-white) on white.”

We actually owned one of these 30+ years ago. It was a great little truck

It won’t be long before Ana will need a new vehicle. My old hatchback has served me well (and still does) but the rust and mileage are piling up. I would love a pickup, but I need good MPG. I also need to haul stuff, but I need to haul grandchildren too.

Researching vehicles is the comedy of the absurd. I recently watched a sales pitch video about a crossover SUV that was supposed to be the best of both worlds. I don’t think they ever talked about actually hauling anything IN the SUV.