In July, we told you about the nightmarish experience that Michigan officials had after they turned over prison food services to a private company, Aramark Correctional Services.

The private prison industry had paid for a bogus “study” suggesting that states which privatized their prisons would reap huge benefits — with better services delivered at lower costs — but Michigan found that the contract with Aramark, which pays its employees an average of $11 per hour in compensation, was dogged by incidents of its workers smuggling in contraband, having sex with prisoners, serving rancid food that sickened inmates and running out of food (which leads to unrest and is considered a serious security issue in a correctional facility).

BREAKING NEWS – They’re selling us another war on television.

As a Washington media strategist, people ask me, “Who’s offering alternatives to war on the Sunday morning news shows?” As reported by the New York Times, military analysts dominating the Sunday airwaves, marshaling support for war in the Middle East, have been ex-military employed by defense industry contractors profiting from war. They appear with current administration officials/apologists, former members of the Bush Iraq War team, and politicians scoring points by being for a war on ISIS but against the president.

Dissenting voices are few: Katrina vanden Heuvel, Editor of The Nation, Rep. Raul Grijalva and Michael Shank in The Guardian. But their viewpoint is often obliterated by the drumbeat of war. Or… they’re simply not booked to appear.

Has television news failed us completely?

Posted on September 27, 2014 by Ken Carman Leave a comment

This column was inspired, in part, by Mart Allen’s 2013 book: Adirondack Character and his portrait of Frank and Jessie Ritz. I never met Frank Ritz, but I lived with Jessie Ritz: or “Grandma Ritz” as we all referred to her, for about 2 1/2 years. Many afternoons and evenings I sat with her in that back bedroom at Ritz house next to the Nutty Putty: Main Street, Old Forge and discussed life. She was so incredibly wise and able to connect with me by saying so little. I have to chuckle: last time we talked I brought my first fiance: Debbie, by and introduced her. “Are you sure she’s the right one, Ken?” I said,”Yes.” Then she got real quiet and just looked at me. That should have been all I needed to realize the relationship was doomed.
Adirondack Character filled in some of the gaps in the life of a person I cared for who I only knew as a wise grandmother at the end of her life.
We think we know folks: especially public figures, entertainers, sports stars, so well. Yet, like Jessie Ritz, there’s so much we don’t know.

On this stage called life: filled with so many props built out of assumptions and insults, we think we know that liberals are… conservatives are… Yet all, and each, assumption is at best a distorted shadow of who we are. More often an unforgiving, mostly false, cliche’: less valid than “Scots are all thrifty,” “Jews are all great bookkeepers” or “all blacks are ‘lazy’ but have great rhythm.”
I recently saw this dynamic play out at a debate site I visit frequently: volconvo.com, when a poster submitted a thread about how the left has prejudged cops over and over in various shootings, meanwhile in that same thread prejudging all those who question said shootings, and prejudging the dead boy as guilty, prejudging him and his friends as all thugs, and prejudging all those concerned about what what happened with the usual insults tossed out by the right: insisting they all claim the boy was a “saint.”.
Does the left do the same sometimes? END_OF_DOCUMENT_TOKEN_TO_BE_REPLACED

This is the only post that you will read from a Democrat during this election season regarding abortion. The only one. Because I may well be the only Democratic candidate who is willing to undertake a mature conversation on this subject, and not just fling trite clichés in your general direction. So you might as well enjoy it, right?

A few months ago, I was reading the appropriations bill for the U.S. Bureau of Prisons. (Yes, I actually read the bills. As Yogi Berra once said, “You can see a lot by just looking.”) I noticed something odd. Since 1976, federal appropriations bills often have forbidden the use of federal funds to pay for an abortion, except in cases of incest or rape. This is known as the Hyde Amendment, after its author Henry Hyde (R-IL). It was an anti-choice response to the Roe v. Wade decision in 1973.

So what was odd? That this appropriations bill forbade the use of federal funds to pay for an abortion, except in the case of rape only. Only rape. Not incest. (There also was a provision regarding the life of the mother.)

There isn’t a lot of time to goof around over appropriations bills. We generally see them with barely 24 hours’ notice. So I wrote a quick corrective amendment, to allow federal funds for abortions in cases of both incest and rape. Obviously, since I’m pro-choice, I regard that as far too narrow. However, in the Tea Party’s House, I didn’t think that I was going to win that battle that day. I just tried to correct an obvious error.

Why bother? I’ll tell you why. Because if you are the victim of incest, and while you are pregnant you end up in federal prison, you can’t just flag a taxi and drive over to the nearest Planned Parenthood clinic. Prison wardens frown on that.

So I walked across the street (something else that federal prisoners can’t do), and waited patiently until it was my turn to offer my amendment. I didn’t think that it was going to be a big deal.

Ye Olde Scribe Presents: WHY Would You Call it THAT?

Posted on September 26, 2014 by Ye Olde Scribe Leave a comment 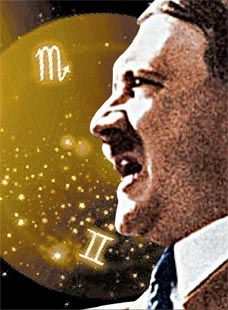 Scribe ponders: hurricanes. Why do we call them names like “Rachel?” Ms. Scribe knew a Rachel once: ugly, yes, but a fine person: more beautiful inside than 99.9% of the supposed “beautiful people.” Why don’t we call use mythology and call them “Thor,” or if we must use the names of real people, how about, “Hitler?”

People will KNOW to run like hell, except maybe your pathetic, accept anything FOX says as gospel, teabag, Stand Your Ground supporting, right wing spewer of cliches and hate uncle who will probably pull out two of his 100 AK47s and run out into the BLACK hurricane shooting and yelling, “Go away you black bastard and take your Kenyan socialist, commie president with you!” END_OF_DOCUMENT_TOKEN_TO_BE_REPLACED