We Are Seneca Lake Blockade

Posted on October 30, 2014 by Ana Grarian Leave a comment

‘WE ARE SENECA LAKE’ – Protesters Blockade, Shut Down Crestwood

On Eve of Major New Construction,

Residents Shut Down Facility and Tell Crestwood to GO HOME!

More than two dozen residents put their bodies on the line today in a last-resort protest to stop Texas-based Crestwood Midstream from starting construction on a major gas storage expansion project in the heart of the Finger Lakes, which is authorized to begin this Friday. The protesters formed a human blockade in front of the facility’s gate, shutting down the facility since 10:00 AM (as of 2:00 PM, they are still there and will stay through the end of the day). This action comes after pursuing every avenue possible to stop the misbegotten project and after being thwarted by an unacceptable process and denial of science.

END_OF_DOCUMENT_TOKEN_TO_BE_REPLACED 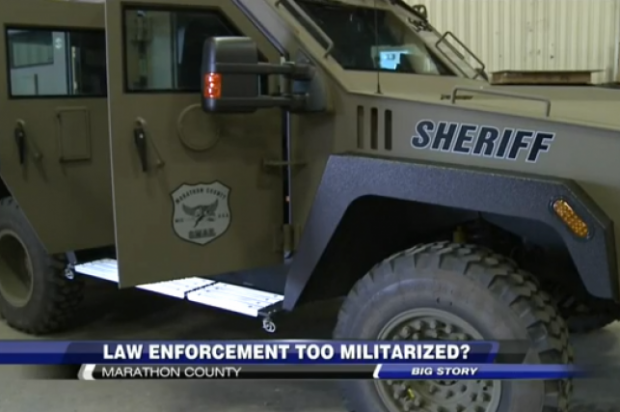 Officials in the Town of Stettin, a town of less than 3,000 in Marathon County, Wisconsin, sent armored vehicles and 24 armed officers to collect an $86,000 debt from 75-year-old Roger Hoeppner earlier this month, action that raises anew the issue of police militarization, which assumed center stage during the police response to protests over the shooting of an unarmed black teen in Ferguson, Missouri this summer.

Inspection- “What Do You Think?”

You may be surprised if you have never met me. Despite writing an opinion column since 1972, in real life I tend to listen and observe, and rarely rant at others: especially those I don’t know. I often seek points of agreement: especially if I think we disagree a lot.
And if you think I believe anything I ever write here is “gospel,” well, I don’t. Never have.
Anyone who believes that of anything they say or write is an arrogant idiot and a dangerous fool.
Maybe.
Hey, I tend to be a relativist: that’s probably the best I can do, with the emphasis on “probably.”
To me how we interact, if we meet in person, on the phone, or even if you respond to one of my columns, is usually far more important than anything I believe. Though, like anyone, I won’t take abuse or false accusations.
Hence this edition of Inspection…

Does “free speech” mean “free to offend?”
Yes.
Does “free speech” mean “free to say anything without consequences?”
Hell, no. While it may mean, most of the time, the government shouldn’t do anything… though try to tell the cop that the day you make an obscene gesture at him as you call him a “^%$#@ pig…” Free speech doesn’t protect you from being kicked out of a family, losing friends, a lifetime of angst regarding all you lost due to attitude, or loneliness. Nor does it prevent you from losing job after job due to that attitude, or from being the kind of idiot who blames everyone who dares to disagree with you.
For the rest of us I have an idea that may help. It’s actually not a “new” idea. Indeed it used to be quite common. Such a small thing, but if we brought it back I believe a lot “bad” could change for the better.
Here it is… END_OF_DOCUMENT_TOKEN_TO_BE_REPLACED

Now that the House Intelligence Committee — likely the committee in the best position to judge what went down that night — has definitively ruled that there was no wrongdoing by the administration, will Republicans and their enablers in the conservative media finally drop the ridiculous witch hunt that has taken up so much of their time and effort? Will they finally stop pursuing a clearly false scandal meant to do nothing more than tar the president they despise and the woman most likely to succeed him?

The voter fraud controversy invented by conservatives is a thinly veiled cover for their reasoning behind archaic voter ID laws. In order to sound believable, conservatives spread around facts and studies invented statistics, speculation and skewed numbers from studies. Typically just a headline is enough, considering most of the new base of imbeciles can’t read, but sometimes a compelling set of numbers, percentages and cherry picked information is warranted for those who actually click the links rather than just the Facebook “share” button.