Posted on December 31, 2014 by Ken Carman Leave a comment

Two Inspection columns arrive on your digital doorstep, one today, one tomorrow…

Looking back: overall, was this a “good” year?
Maybe.
Maybe not.
As it seems is the norm for many folks, my mental vision seems fogged by the worst of the worst. Though there may have been a lot more good, the worst days continue to throb painfully like a thumb slammed by a hammer.
Something bad always seems to happen around my birthday. So this year began with having to put my collie down. About 16: very old for a collie, with dementia, Alzheimer, severe back issues and then a flipped stomach: it was time. But that didn’t mean the decision was easy, or that everything that happened that day doesn’t still haunt me.
Then, like seeing different patterns in mere paint splatter, it didn’t stop. My first girlfriend died from diabetes, Robin Williams killed himself, Joan Rivers, a freak accident took out a Beaver River local: Bill Brewer, and a fellow homebrewer, Mike Semich, had an aneurysm… leaving his new wife behind.
That’s not all that happened, but it was too much even if that had been “all.” END_OF_DOCUMENT_TOKEN_TO_BE_REPLACED

When hundreds of cops from around the country and as far away as Canada turned their backs on New York City Mayor Bill de Blasio during the funeral of Officer Rafael Ramos, the NYPD officer shot to death alongside his partner Wenjian Liu by a deranged gunman, they fired the first salvo in a carefully coordinated political operation aimed at discrediting the liberal mayor and shattering the ongoing anti-police brutality protest movement.

AlterNet has obtained emails revealing plans to organize a series of anti-de Blasio protests around the city until the summer of 2015. Billed as a non-partisan movement in support of “the men and women of the NYPD,” the protests are being orchestrated by a cast of NYPD union bosses and local Republican activists allied with Rudy Giuliani, the former mayor who recently called on de Blasio to “say you’re sorry to [NYPD officers] for having created a false impression of them.” The first rally is planned to take place at Queens Borough Hall at noon on January 13. 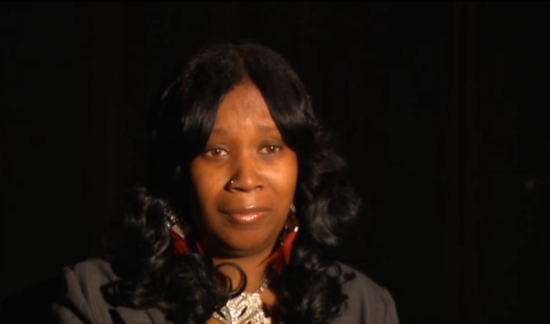 A Baltimore Fox station had to apologize to Black Lives Matter protester, Tawanda Jones, after they were busted for deceptively editing a protest chant to say “Kill a cop.”

In typical Fox style, the apology came with an “our bad” statement. Honest mistake.

Posted on December 28, 2014 by Professor Good Ales Leave a comment

Chuck Todd explained that the mainstream media has sold out facts for access. Todd said that he allows guests to lie on Meet The Press, because if he didn’t, politicians (Republicans) would refuse to be on his show.

Merry Christmas from the Family