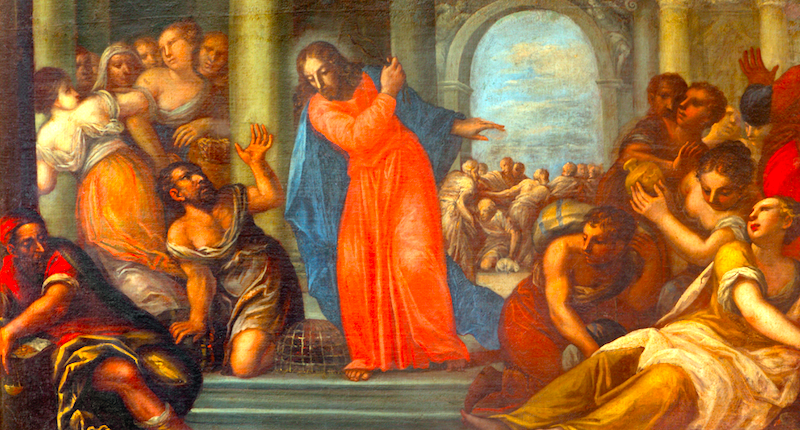 Jesus has been described as the best known figure in history, and also the least known. If you mentioned the name “Jesus” and someone asked Jesus who?, you might blink. Or laugh. Even people who don’t think Jesus was God, mostly believe they know a fair bit about him. You might be surprised that some of your most basic assumptions about Jesus are probably wrong.

We have no record of anything that was written about Jesus by eyewitnesses or other contemporaries during the time he would have lived or for decades thereafter, and as best scientists can tell, all physical relics of his life are later fakes. Nonetheless, based on archeological digs and artifacts, ancient texts and art, linguistic patterns, and even forensic science, we know a good deal about the time and culture in which the New Testament is set. This evidence points to some startling conclusions about who Jesus likely was—and wasn’t.

No, GOP, Biblical Marriage Was Not Between One Man and One Woman

OEN- Usually folks use Leviticus, Sodom and other parts of the Bible to support their anti-gay claims. Since interpretation is involved here, the claim “nothing” is a tad suspect, but otherwise interesting article.

he freak-out by the Republican presidential candidates over the Supreme Court decision on same-sex marriage provokes me to revise and reprise the points below. Rick Santorum and Mike Huckabee have formally pledged: “We will not honor any decision by the Supreme Court which will force us to violate a clear biblical understanding of marriage as solely the union of one man and one woman.” Sen. Ted Cruz also called on Americans to ignore the SCOTUS ruling.

Does that mean the rest of us can repudiate the decision making W. president in 2000, and can refuse to recognize corporations as persons?

In any case, the Bible doesn’t actually say anything at all about homosexuality, since it is a form of identity that only came into being in modernity. (Same-sex intimacy has been there all along, but in most premodern societies it was not a subculture, though medieval male bortherhoods were common and in South Asia there were hijras).

The nation’s top court said on Friday that the U.S. Constitution provides same-sex couples the right to wed, handing a victory to the American gay rights movement.

Glenn Beck has been trumpeting again about the persecution of the Christian Church.

Glenn – if there is any persecution of the Christian Church in the US it has been fomented by wack-a-doodles like you, who spew your special brand of hatred because it fills your pockets with greenbacks. I seriously doubt if even you are as nutty as you sound.

Not to say that you and all those other fake ‘family values’* spokespersons aren’t aided and abetted by the so called ‘liberal press’ and the decidedly off the cliff FOX so-called news, who have turned away from JOURNALISM to wallow in supermarket tabloid entertainment(?).  END_OF_DOCUMENT_TOKEN_TO_BE_REPLACED

On the ACA Decision, Scalia Hits the Nail on His Own Partisan, Unconstitutional, Head 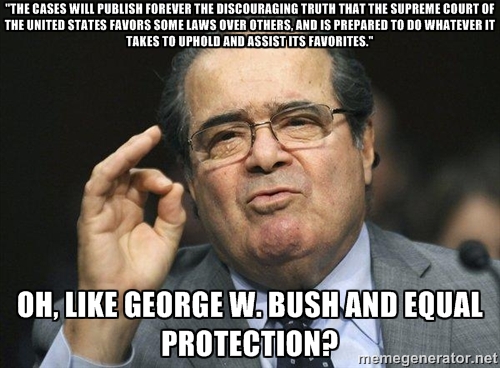