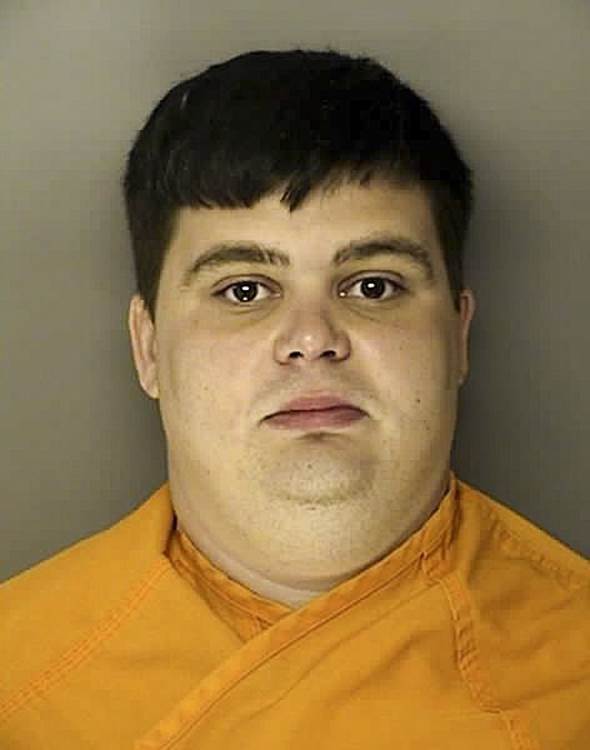 The unchecked dangers that white supremacists pose to the American people was made terrifyingly clear on Monday morning when 30-year-old white man Benjamin Thomas McDowell pled guilty to illegally possessing a firearm which he intended to use to commit a terrorist attack in the “spirit of Dylan Roof.”

Inspired by the white supremacist Roof’s murderous rampage in the historically black Charleston Emmanuel AME church, in which nine innocent people were gunned down, McDowell illegally bought a gun from an FBI agent in order “to conduct an attack on non-whites.”

“The documents also say in December, McDowell wrote on Facebook that he would love to act — with a link to a conservative Jewish synagogue in Myrtle Beach,” adds South Carolina Public Radio’s Alexandra Olgin.

How the ‘Fake News’ Frenzy Threatens the Possibility of Dissent

In 2017, the term “fake news” was used 365 percent more often than in 2016, earning the award for “Word of the Year” by the Collins Dictionary. Yet, fake news remains one of those highly politicized terms that gain popularity in the public discourse, while few agree on what it really means. Indeed, the term is often used to refer to both deliberately fabricated news and inaccurate or incorrect information, going beyond content that can be considered illegal according to the limitations placed upon freedom of expression in human rights law, such as propaganda for war and incitement to hostility and violence. In the public discourse, fake news is often a catch-all term, used to smear opposing points of view: Trump accuses well-established American media such as CNN of fabricating fake news about him, while his opponents blame fake news spread on social media, and possibly pushed by external powers, for his election victory.

How absurd that we are here. It is dumb, shameful and internationally embarrassing that our country is having a serious discussion about why arming teachers is a bad idea. Apparently, the $54 million the NRA spent buying the GOP in 2016 paid Republicans to put on a big show of pretending not to see the underlying problem behind every mass shooting. The party that otherwise hates nuance is now acting like it couldn’t recognize a smoking gun if you paid it to, especially since the NRA is paying it so much more.

The party’s leader is now genuinely proposing that teaching entail not only educating children, but also working schools like a beat. Trump suggested Wednesday that at least 20 percent of teachers should get special weapons training so they can include “shoots to kill” under the “special skills” section of their resumes. He also said teachers should be given a “bonus” of 10 to 40 percent to carry guns because, per the president, “I want my schools protected just like I want my banks protected.” That’s a tired NRA line so out of sync with reality it actually disproves itself: The vast majority of banks, 98 percent, don’t have armed guards because studies show “the presence of armed security during bank robberies increased threefold the likelihood of a violent event.” Schools wouldn’t be any safer. Leave it to conservatives to come up with an analogy that compares children to safety deposit boxes.

Republican Rigging Part 27: Is Republican Male Domination of their Wives a Political Factor?

A consistent finding is that married people seem more likely to vote Republican, a finding which may support my hypothesis. However, there are various other possible explanations for this finding, including most notably that older voters are more likely to be married, and perhaps were more likely to have been poltically conservative and thus Republican throughout their entire lives. In other words, it appears most likely that this is what is known as a “cohort effect” — an effect of the times in which older people grew up as compared to younger people. Of course, if it is true — as it appears to be — that younger voters have grown up with a more progressive mindset than older voters, that would be very good news for the progressive cause.

Another finding is that women are more likely to be Democrats than are men, regardless of age. That is, for any particular age group, women of that age are more likely to be Democrats than are men of that age. That, at least to a degree, argues against the idea that women are being subservient to men and converted into Republicans as they get married, grow older and come under the influence of their husbands. I also ran across various articles about wives who defy their Republican husbands and vote for Democrats, including military wives. Fortunately, American women tend not to be subservient patsies. END_OF_DOCUMENT_TOKEN_TO_BE_REPLACED

The Plot Against America

Decades before he ran the Trump campaign, Paul Manafort’s pursuit of foreign cash and shady deals laid the groundwork for the corruption of Washington.

. The Wisdom of Friends

The clinic permitted paul manafort one 10-minute call each day. And each day, he would use it to ring his wife from Arizona, his voice often soaked in tears. “Apparently he sobs daily,” his daughter Andrea, then 29, texted a friend. During the spring of 2015, Manafort’s life had tipped into a deep trough. A few months earlier, he had intimated to his other daughter, Jessica, that suicide was a possibility. He would “be gone forever,” she texted Andrea.

His work, the source of the status he cherished, had taken a devastating turn. For nearly a decade, he had counted primarily on a single client, albeit an exceedingly lucrative one. He’d been the chief political strategist to the man who became the president of Ukraine, Viktor Yanukovych, with whom he’d developed a highly personal relationship. Manafort would swim naked with his boss outside his banya, play tennis with him at his palace (“Of course, I let him win,” Manafort made it known), and generally serve as an arbiter of power in a vast country. One of his deputies, Rick Gates, once boasted to a group of Washington lobbyists, “You have to understand, we’ve been working in Ukraine a long time, and Paul has a whole separate shadow government structure … In every ministry, he has a guy.” Only a small handful of Americans—oil executives, Cold War spymasters—could claim to have ever amassed such influence in a foreign regime. The power had helped fill Manafort’s bank accounts; according to his recent indictment, he had tens of millions of dollars stashed in havens like Cyprus and the Grenadines.