wo years ago, the Supreme Court heard a case with bleak implications for the country’s labor movement. A California teacher named Rebecca Friedrichs decided she didn’t want to pay fees to the union that represented her because she didn’t want it funding liberal causes. So she sued. If the Court ruled in her favor, which no one doubted it would, public employees could choose to stop paying such fees, potentially triggering a vicious cycle of membership flight and financial ruin. But then Justice Antonin Scalia died in his sleep on a ranch in West Texas and the case ended in a 4-4 deadlock. The fees would remain; the unions were spared. At least for a while.

In late February 2018, like stagehands striking and rebuilding a set, the Supreme Court did it all over again. The case it heard was nearly identical, except the employee was named Mark Janus and his union was in Illinois. A free-market interest group that represented Janus just replaced the I STAND WITH REBECCA signs with I STAND WITH MARK signs and handed them to people outside the courthouse. This time, the conservatives would almost certainly get their win. Poised to break the tie was Justice Neil Gorsuch, sipping happily from a thermos on the stage-left end of the bench. Republicans were in heaven. “Try funding the modern Democratic Party without union dues,” said GOP operative and anti-tax obsessive Grover Norquist, who was milling around the Court. “Good luck.”

Trolling seems so obvious sometimes. Really? Donnie Junior had to have the address 666? What does Revelations say about

“666?” Well, maybe not what we think, plus the writer may have been whacked out on ergot at the time, or some other natural substance.
Recently TV evangelists; claiming there has been NOTHING like the blow back Mr. In Your Face on ALL Things Don inspires, have claimed this is all Satan’s doing.
Disregard the address.
Disregard the actual count of evil comments that may actually be weighted far, far more heavily on HIS side of the political/social equation… END_OF_DOCUMENT_TOKEN_TO_BE_REPLACED

The 5 Most Outrageous Right-Wing Stories This Week: Far-Right Christians Think Trump Is Under Supernatural ‘Luciferian’ Attack 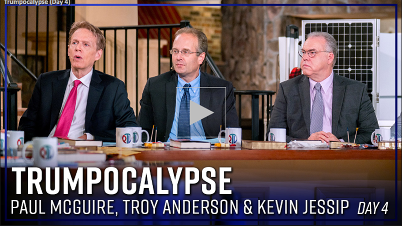 Evangelical Author Believes Trump Is Under Attack by “Luciferian” Beings

During an interview last week on Jim Bakker’s show, Evangelical author and radio host Paul McGuire made remarks that highlight the extent of extremism we’re seeing on the Christian far-right.

In a clip now gaining steam on the internet, McGuire goes all-in to defend Trump by claiming his opposition is literally demonic 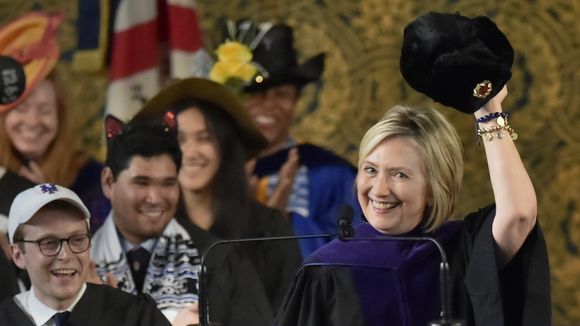 The 2016 presidential election is long over, but that doesn’t mean Hillary Clinton can’t troll President Trump.

While speaking as part of Yale University’s graduation events this past weekend, Clinton pulled a Russia fur hat out.

“Now, I see looking out at you that you are following the tradition of over-the-top-hats,” Clinton told the graduates, who had donned hats as a part of their Class Day tradition on Sunday. “So I brought a hat, too. A Russian hat.” 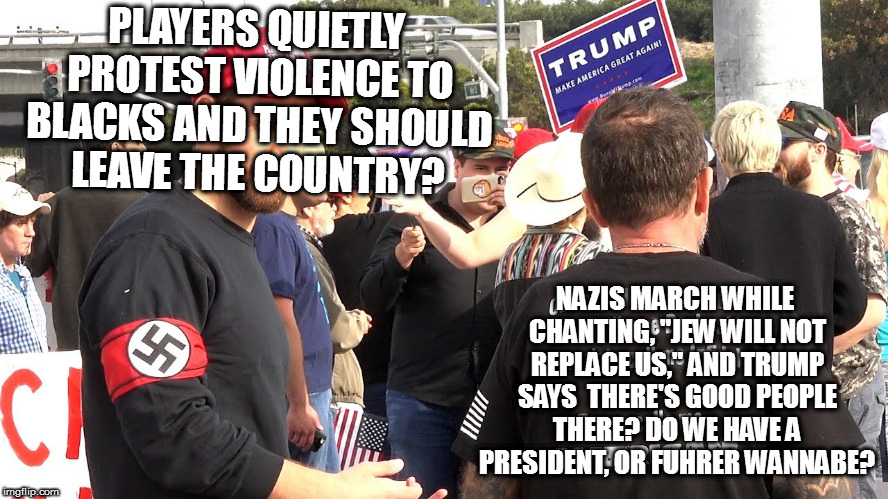