Careful What You Ask For 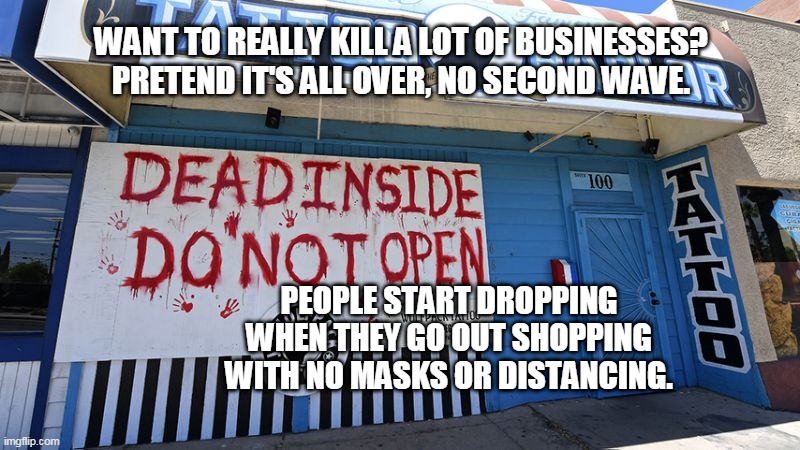 The Trump administration issued policy guidance this week telling health insurance companies that they are not required by law to cover the Covid-19 tests employers may compel workers to undergo as a condition for returning to their jobs.

The announcement (pdf) Tuesday by the Departments of Treasury, Labor, and Health and Human Services alarmed healthcare advocates and lawmakers who warned the move gives profitable insurers a green light to push the costs of potentially expensive coronavirus screenings onto workers.

AUGUSTA, Maine (WABI) - The U.S Attorney for Maine says some people in Maine have been handing out cards claiming they are exempt from face mask requirements. The cards, though, are phonies.

A dereliction of duty: Bombshell NYT report reveals the Trump-Russia story is far from over

The news late yesterday was chilling: Russians have been paying Taliban militants to kill Americans in Afghanistan even as peace talks with the Taliban were under way, intelligence sources told The New York Times. A Russian military spy unit offered bounties to Taliban-linked militants to attack coalition forces in Afghanistan, including U.S. and British troops, in a striking escalation of the Kremlin’s hostility toward the United States, American intelligence has found.

The Russian operation, first reported by the New York Times, has generated an intense debate within the Trump administration about how best to respond to a troubling new tactic by a nation that most U.S. officials regard as a potential foe but that President Trump has frequently embraced as a friend, said the officials, who spoke on the condition of anonymity to discuss a sensitive intelligence matter.