And You KNOW in this Scenario: Black Would Far More Likely End up DEAD 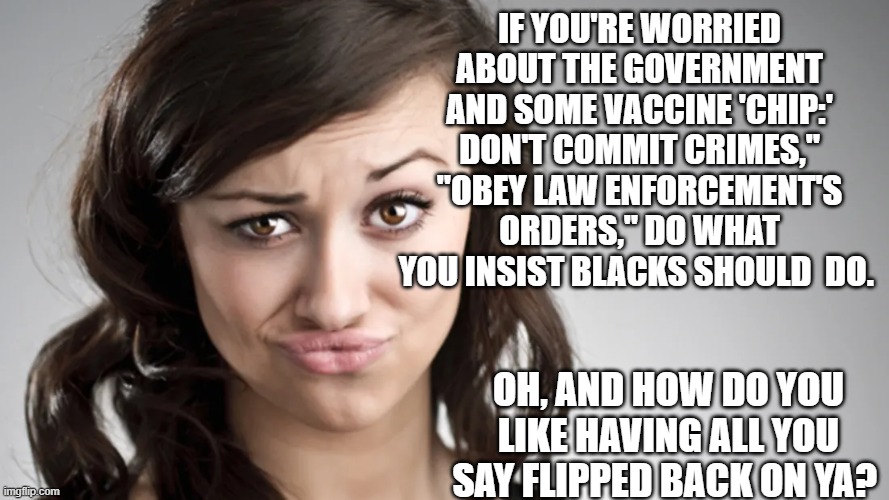 Another in my series of fictional approaches to current issues, They pose intellectual, or theological, or partisan-based questions. Sometimes all three.
Everyone here mentioned is white. I wrote it that way to avoid the “What would the police do if either were black?” conundrum. In this case it would distract from my main point, though I admit that too could be an important question. If you think could it not happen this way, have already decided how it always happen, have already decided which side is always to blame; you’re missing the point.
I also added the suggestion of violence to even out the usual perspectives a little; the different sides.
I pose my question at the end of the story.

The year: 2026. Ron DeSantis is president, with Donald Trump as more than just an adviser. Some on the left compared it to when Putin stepped down for a term and had a stand in. Of course much of the right, and some progressives, dismiss such concerns as no more than, “Russia, Russia, Russia…” antiquated cold war-isms.

Rebecca had heard some windows had been smashed, whether it was some of her protesters or people posing as BLM she wasn’t sure yet. So she, and her boyfriend Ron, were trying to calm things down, keep themselves safe. That included checking out new people no one seemed to know. They approached someone who no one had seen before and they introduced themselves. The new guy said, “Hi, I’m Jeff.” Then she asked, “What’s in the bag, Jeff?”
Jeff just smiled and said, “I’m tired of the attacks on Black Lives Matter protests. I know our state is trying to ban them, made it illegal to block the streets, made it legal for drivers who claim they felt threatened to drive through a protest. If someone gets killed, well, it’s their fault.”
”Yeah, that makes me angry too. Really, what’s in the bag?” END_OF_DOCUMENT_TOKEN_TO_BE_REPLACED

Well, it’s started. The United States has reached the point, in many parts of the country, where there are more vaccines available than there are people willing to take them.

Most of this so-called “vaccine reluctance” is driven by pure politics.

Donald Trump’s visceral hatred of Joe Biden, who beat him like a drum in the last election, and the Republican party’s commitment to raw power over anything that may help Americans, have brought us this crisis.

If Trump, Fox and the GOP can convince the people who follow them that they shouldn’t get vaccines, they can prevent President Biden from getting this pandemic under control.

And – Bingo! – if they prevent him from getting the economy back in shape, Republicans see victories in the 2022 midterm elections and might even take back the White House in 2024.

This is their simple but brutal math, and they frankly don’t care who it kills. The more the better, in fact, because chaos hurts the (Democratic) party in power. After all, they’ve already shown us they’re willing to let die unnecessarily a half-million Americans just to try to win the last election.

And, as village idiot and GQP Senator Ron Johnson said yesterday as he was discouraging general consideration of vaccine documentation, “Why is this big push to make sure everybody gets a vaccine, to the point when you better impose it, you’re going to shame people, you’re going to force them to carry a card to prove that they’ve been vaccinated so they can just stay in society? I’m getting highly suspicious of what’s happening here.” 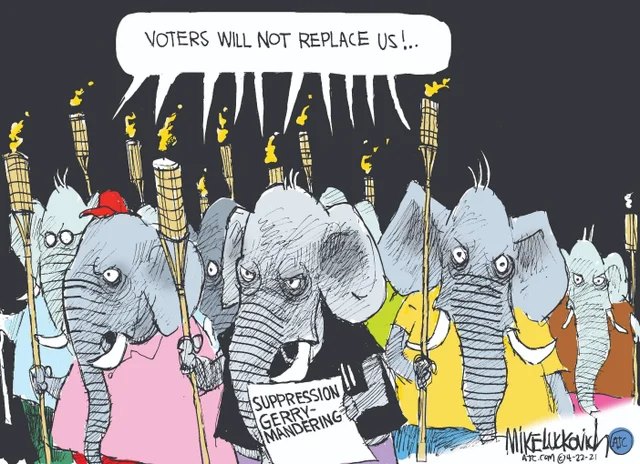 The GOP Stands Atop an Ocean of Blood

America, John F Kennedy said, was like John Winthrop’s idealistic “city on a hill.” Ronald Reagan added the word “shining” to that description when he plagiarized Kennedy. And now Republicans across the country want to change the word “city” to “armed encampment.”

Republicans in the Texas House of Representatives just passed a so-called “Constitutional Carry” law that would allow pretty much anybody over 21 to carry a gun, concealed or not, permitted or not, experienced or not.

Democrats offered an amendment that would’ve forbidden “domestic terrorists and white supremacists” from the gun-carrying “right,” but Republicans voted that down.

The whole “city on the hill” metaphor was meant to evoke a nation that others would want to emulate. Apparently we’re now there: Brazilian fascist strongman Jair Bolsonaro has proclaimed that he wants every Brazilian to have a gun “just like in America.”